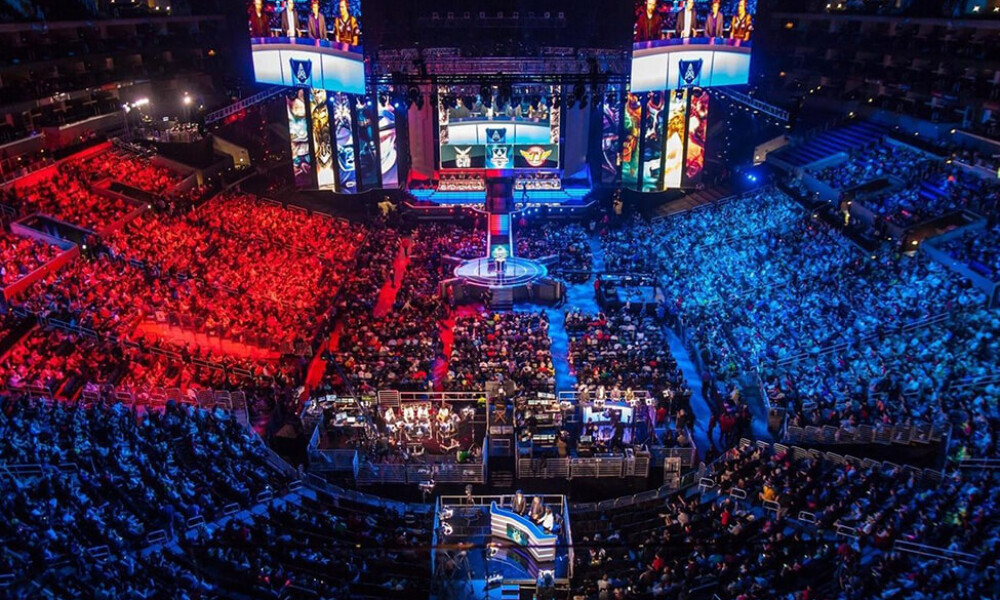 Fantasy Alarm is going to be your home for all things League of Legends World Championship this October! In order to start getting you ready, I am here to break down each team and the play-in stage for you. With so many faces and teams that will be pushing to take home the Summoner’s Cup, you will need some cheat sheets on what to look out for going into this tournament. This breakdown will give an introduction to the tournament, past winners, and and my first set of power rankings! If you don’t know anything about League of Legends, this is a great time to dive in and catch some of the most elite talent this esport has to offer! Let’s dive in!

There is a long history in League of Legends, especially considering how long it has been being played at a competitive level. From the first World Championship in 2011 based in a Dreamhack event in Sweden with a $50,000 prize pool to the 2020 World Championship being held in an Olympic Stadium in China, professional League of Legends has grown as much as the game has grown casually. League of Legends has set the bar higher and higher every year both in terms of prizing for organizations and in production for fans. As time has progressed we has seen regions and teams become powerhouses for producing championships, with Korea holding the most championships as a region (6 out of a possible 10) and the true esports dynasty in SKT winning 3 titles and placing 3rd and 4th in two other tournaments.

Each year we see new storylines and a rehashing of old ones as well. There are huge clashes of playstyles and individual players cement their names into the history books will memorable performances. Some of the greatest performances have taken place during this yearly tournament with names like Faker, Uzi, JackeyLove, and inSec are all part of the fabric that is LoL esports today. In addition to the trophy, cash prizing, and love from the fans around the world; players also get an in-game cosmetic dedicated to them that they get to help design which ends up being one of the most exciting parts of the championship process. So when we look at the competitors for the 2021 World Championship, who are the teams most likely to hoist that cup? Who will have their legacy forever cemented? This grueling month-long tournament will separate the good from the great.

The League of Legends World Championship event is fairly unique in how it is set up. There are three separate rounds and each round being more and more difficult for teams to progress. The higher your seed coming into the tournament, the easier your path to the finals becomes. The top seeds skip the first round but after the play-in portion of the tournament, all bets are off and any team can find itself leaving the tournament.

I have mulled over my initial power rankings as well as my entire process for this tournament for a while. Below are the names of the categories I have chosen to use to divide the teams and what are the general expectations for each category.

Title Contender: These handful of teams should be the pool of teams that people expect to win the whole thing. They have the players, coaching staffs, and pedigree to run the full gambit to a World’’s Finals win. All other teams are chasing this group of organizations and not making the finals will probably be seen as a failure by themselves and their fans alike.

Dark Horse: This category are for teams who may have fallen out of grace with recent play or a team who is playing at a high level but doesn\t have the same track record as some of the heavy favorites. These teams are no joke and should have very strong showings against the majority of organizations in the tournament.

Quarterfinal Bound: These teams should have the expectation to make it to the “Best of 5” portion of the tournament. These teams have the most complete rosters and are so consistent with their own play that the group stage matches won’t shake them. They will place top two in their group and depending on their bracket structure, could be a dark horse to make it to the World Championship Finals.

Respectable Group Stage Participant: It isn’t just about your final group stage record for this category but how you get there. Teams who outperform their expectations and take the top ranked teams to their limits fall into this category. This could be a third seed from a major region or a minor region who made it through the play in stages but these teams play well when you take into consideration the odds that are stacked up against them.

Group Stage Flop: There are a few types of teams who fall into this category. First, we have first and second seed teams who cannot make it out of groups even though they have a benefit on paper to do so. We also see teams in this category who should be competitive but lose in really terrible fashion, which will cost them a bid to move on after groups. Historically we have seen teams from North America end 3-3 and lose out on moving on but they do it in horrendous fashion. They will beat an elite LCK or LPL team but then get completely worked over by a minor region team and lose out on the opportunity to move on.

Play-in Stage participant: These are the teams who just made the Play-In stage and that is where their Worlds run will end. A lot of these teams are minor regions and they do not have the same pedigree as some of the titans from the other regions. With 10 total teams in the play-in stage and only 4 spots to move on, many teams won’t see group play. This isn’t even a failure for these teams, many of which have a fraction of the budget for players, coaches, and facilities that some of the major organizations do.

So that’s it! Over the course of the next few weeks you will get a series of team breakdowns that will help you set your expectations and your lineups for the World Championships taking place this October! Let’s dive in!