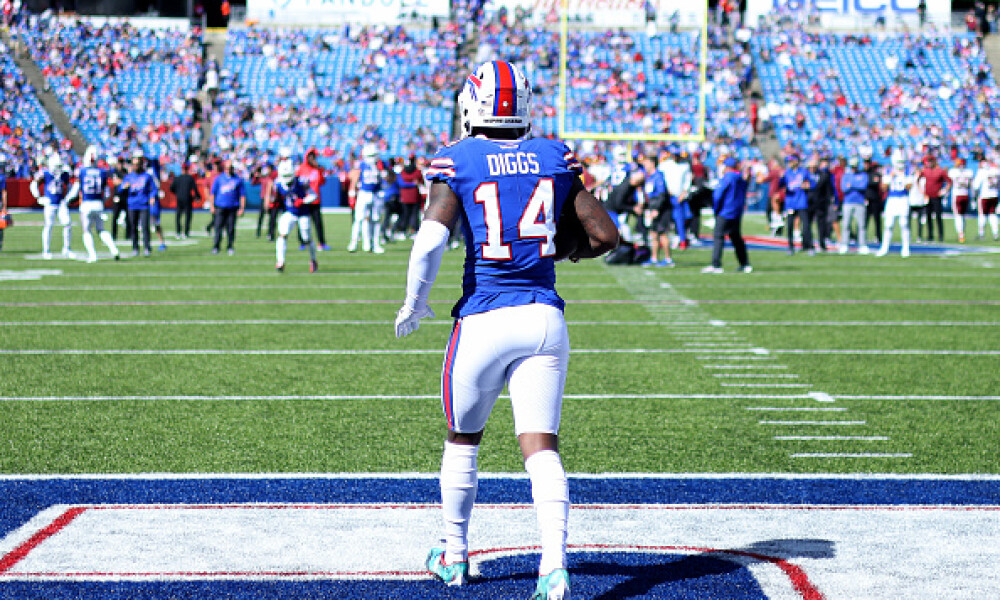 Welcome to the NFL DFS Playbook for Thanksgiving Day!

Gobble, Gobble, #FANation! I certainly hope this Playbook finds you and your family well here on Thanksgiving. It's been quite the rollercoaster over the past year as we try to establish a new normal in this world and Thanksgiving is, hopefully, a time where you can get together with family and friends to celebrate each other while remembering and being thankful for those who cannot.

Many of us have lost people along the way and need a little camaraderie in our lives so always be open to meeting new people and being there for those who may not be so lucky to have a family or friends nearby. If you find yourself alone, hit me up on Twitter (@rotobuzzguy). I'll be here all day watching football and happy to chat during the games. We will also have people monitoring the chat here on the site throughout the day. Something I always remind myself of during the holidays is a quote from author Richard Bach who once wrote, "The bond that links your true family is not one of blood, but of respect and joy in each other's life. Rarely do members of one family grow up under the same roof." I take these words to heart, especially because my family is this #FAmily.

With regard to the Thanksgiving Day games, we've got quite the slate in front of us. Some might scoff at the appetizer – Lions/Bears – but I have a feeling this game pops a little more than many expect. Your midday classic between the Cowboys and Raiders should be interesting as Dallas needs a rebound game again while the Raiders need to stop the bleeding as they've lost three in a row and could be spiraling out of control. And then, of course, there's the nightcap – Bills/Saints. Buffalo is also in need of another bounce-back game while the Saints are still waiting to find out if they even have a backfield as both Alvin Kamara and Mark Ingram are dealing with knee issues. There's a lot going in in each of the three games, so hopefully, we don't have any duds and the action stays exciting throughout the day.

With the slate being just three games, let me remind you that I do not play cash games on short slates. There is too much overlap of players which ultimately raises the paylines. You'll see more lineup trains than ever and it becomes extremely difficult to cash. GPP tournaments are a different story. I love playing tournaments on Thanksgiving Day! If you are not a big GPP player, then this is your time to have some fun. You don't have to, nor should you, play too heavy with your bankroll, but having some skin in all three games always makes it a little more exciting while you're scarfing down Aunt Susie's Jell-O mold or your grandma's famous candied yams.

Also, keep in mind, because we are playing only GPP tournaments, there will be no Dart Board for this slate. The players in the Playbook will cover all of the pricing tiers and these will be the only players I will use for my lineups.