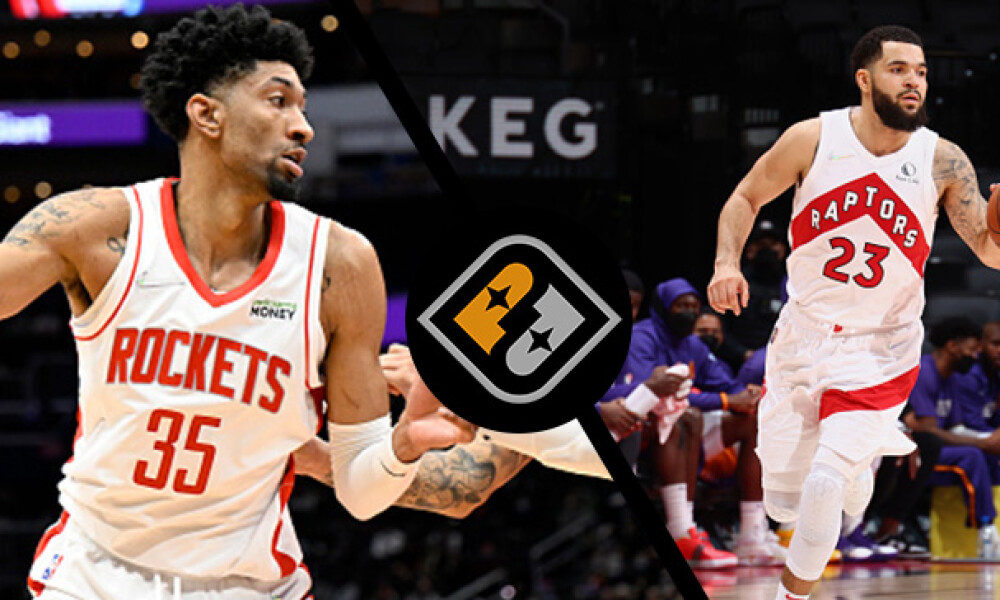 What is going on FANation! We went 3-0 with yesterday's PrizePick plays and we are now a perfect 6-0 over the last two days!

Let's see if we can keep the momentum going with today's nine game NBA slate heading into the weekend!

Make sure you check out our PrizePicks Discord Channel by clicking the connect button in your account profile to join the conversation!

New to PrizePicks? Sign up today and receive a deposit match up to $100 - www.fantasyalarm.com/prizepicks

This one feels like a freebie with the sportsbooks listing Wood's point prop at 19.5 for today against the Kings yet PrizePicks is giving us the nice discount of 17.5.  The Kings are not a good defensive team, ranking 27th in defensive rating. This game also has a slate high 238.5 game total with just a five point spread. Wood has gone over 17.5 points in seven of the last 10 games here as well as he continues to lead the Rockets in scoring.

Looking to pick on a bad Pistons team here tonight with FVV who is really playing on another level at the moment, averaging 29.5 points per game during the month of January over six games. Over the last 10 games FVV has gone over the 22.5 point mark in seven of the 10 game. Over the last two weeks he has a team best 28.4% usage rate here as well. Detroit ranks 23rd in defensive rating as a team and the Raptors could be without two starters tonight with both Gary Trent and Scottie Barnes both questionable after missing the Raptors most recent contest. What I like even more about VanVleet of late is the minutes as Raptors head coach Nick Nurse has been committed to playing his star point guard as many minutes as he can handle and over the last 10 games he is averaging 36.6 minutes per game.

PrizePicks made Luka the makeup Taco Play the other night against the Knicks and he made it a real sweat, eclipsing the 19.5 points with just about three minutes left in the game. Without the Taco discount he would have missed his point prop on Wednesday. PrizePicks is actually getting the advantage here with this 24.5 as Luka is listed at 25.5 on the sportsbooks but I really don't think that matters much right now. The fact is that Doncic is really struggling to find his shot, shooting 36.6% from the floor and 20.7% from three-point range over the last four games. The volume of shots is the only reason some of these scoring totals are not a complete disaster, averaging over 20 shot attempts per game during that four game stretch. What is even more interesting is that the absence of Kristaps Porzingis has been a detriment for Luka not a positive. In the 11 games this season that Doncic has played that Porzingis has not he has only hit the over 24.5 point mark in three of those contests for a 27% hit rate. His opponent tonight is the Memphis Grizzlies who as a team rank 9th in defensive rating and they are allowing the fifth fewest points per game to the point guard position this season. Doncic has also been worse on the road this year, shooting just 42.8% from the field and 29.7% from three-point range.