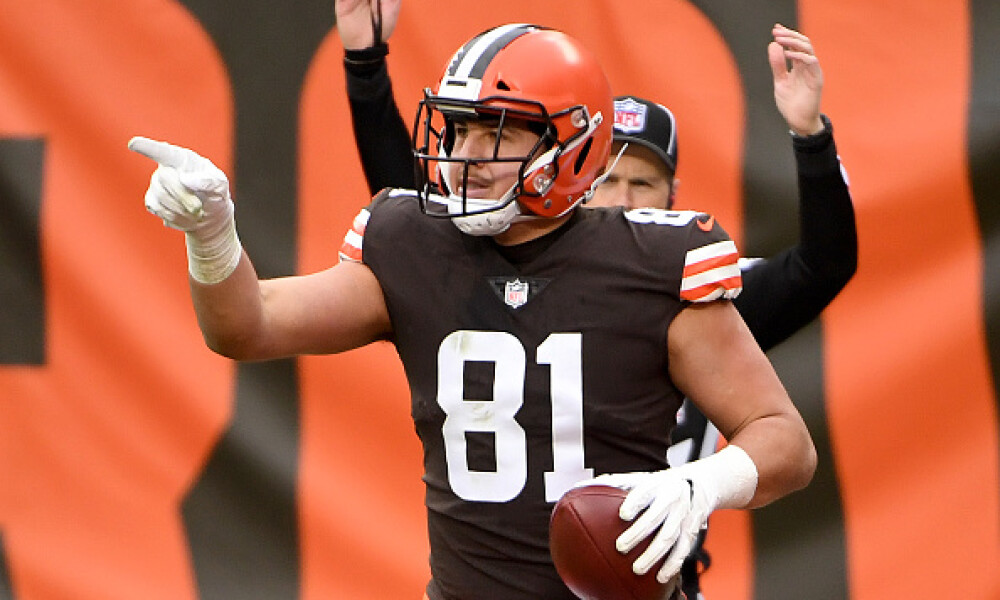 Bit of a rough week last week but a lot of things were out of our control - Jared Cook had a touchdown called back on an illegal shift, Andy Dalton got hurt (who threw seven targets to Cole Kmet week 1), and our dart throw James O’Shaughnessy also went down.  That said, Kyle Pitts and Noah Fant did come through for us while we successfully dodged the Tyler Higbee bullet in the fades.  But time to put last week behind us and move onto Week 3!

For Week 2 we now have actual statistical information from the first week to analyze so this is where the real money is made.

Travis Kelce - I don’t need to tell you that Travis Kelce is typically a good play but this week he’s an EXTRA high end play.  The matchup this week vs. the Chargers has one of the highest over unders of the week at 55.5 points so we are expecting a shootout.  This team also allowed Logan Thomas to score on them week one and Blake Jarwin was actually the Cowboys second leading receiver in week two (Dalton Schultz also contributed two catches).  If you have the money to spend up, this is looking like a prime Kelce week.  He’s fairly evenly priced on both DraftKings and Yahoo so pick your poison.

Darren Waller - Miami got absolutely steamrolled last week by the Bills as their defense had a hard time stopping anything.  In the frey Dawson Knox even managed to score despite being a low end tight end who is used sparingly in the pass game.  If you are going to pay up this week there are really only two options to spend up on an a guy who has a 19 target game on his resume already this year certainly falls into the “top tier” category.  This is another guy who is evenly priced on DraftKings and Yahoo as he takes up roughly 15% of your budget on both.

Mark Andrews - Mark Andrews has had a slow start by some accounts but the underlying numbers are good: he’s lined up at WR for 58 total snaps, he hasn’t been asked to pass block one time, and his 77.8% snap share is the highest he’s played in his career.  People might look at George Kittle’s game vs the Lions as a negative but that game was a complete blowout where the 49ers had the ball with 6 minutes left up 41-17.  It wasn’t a game where they really needed to push Kittle yet his still had 4 catches for ~80 yards.  Then last week the Lions allowed Robert Tonyan to find the endzone.  This should be a game where the Lions are overwhelmed and Mark Andrews can throw some nice numbers up on the board.  Andrews this week is a slightly better value on Yahoo (9.5% of your budget) than DraftKings (10%) but it’s still fairly close.

Kyle Pitts - If the deployment for Andrews so far has been good than it’s been amazing for Kyle Pitts.  As many had predicted, Kyle Pitts has played 81 snaps at wide receiver this year including 26 snaps split out all the way wide to go with 45 in the slot.  Those snaps actually account for 67% of his total playing time so you can basically start at WR at TE here.  This week he gets the Giants who the Broncos tight ends had a combined 9 catches for 79 yards and a touchdown against then the Washington tight ends combined for 6 catches for 64 yards and a touchdown the following week.  Pitts this week is a rock solid start on either DraftKings or Yahoo as he’s fairly evenly priced this week.

Jared Cook - As we mentioned, Jared Cook had a touchdown that was taken off the board last week due to an illegal shift so his stats don’t necessarily reflect the fact that Joe Lombardi clearly likes going to him in the red zone (the same Joe Lombardi that coached him in New Orleans and insisted on bringing him over).  We already mentioned that this matchup with Kansas City has one of the highest over/unders this week.  If you remember the Chiefs-Browns game that went to 62 total points, Cleveland tight ends were able to amass 7 combined catches for 120 yards against this defense.  Cook is surprisingly affordable at $3,900 on DraftKings and $16 on Yahoo.

Austin Hooper -  Browns pass catchers are in a bit of a rough spot.  They just lost Jarvis Landry to a knee injury.  They have Odell Beckham Jr. coming back from a knee injury but he hasn’t seen contact or real action since last year.  In this game vs. the Bears I expect the Browns to lean heavily into multi-TE sets (something they already do more than any other team) which gives us an opportunity at the position this week.  Last week Austin Hooper led the team in routes run with 20 (15 for David Njoku and 12 for Harrison Bryant) and he also led in catches so, considering how similarly they are all priced, you might as well just take the best bet.  This week Hooper only counts for 6% of your budget on Yahoo while he would be 7.2% of your budget on DraftKings (same with Njoku actually) so, if you want to use the Browns tight ends, you should do so on Yahoo.

BONUS Dart Throw - Luke Farrell - This is probably going to seem crazy to most people.  This next sentence still sounds crazy to me.  Every part of it.  But Urban Meyer was basically using James O’Shaugnessy like he was Travis Kelce.  He had him out there lining up at wide receiver, running routes on every play, and racking up targets.  And when James O'Shaughnessy went down, Luke Farrell went in and did the same thing, running 22 routes last week.  At the bare minimum price of $2,500, you probably won’t find another guy who has run 22 routes in his career.  So if you are looking to be super frugal, this is the move.

Noah Fant - Guys get limited snaps all the time on Wednesday - that’s a veteran day off.  But when they are limited into Thursday, it’s time to worry.  This week the Broncos get the Jets who are clearly still in the building process and are pretty big underdogs this week.  There’s really no reason for the Broncos to push their guy on a bad ankle, especially in an easy game with a capable backup in Albert Okwuegbunam.  Too risky considering he’s not even that cheap.

Saints Tight Ends - I know Juwan Johnson was a fun pick for us week one and Adam Trautman might be enticing at his price but this is just a bad spot across the board.  First of all Jameis Winston looked hopeless last week which was concerning.  On top of that, the Patriots have been one of the best defenses vs. the tight end going back two full seasons now.  And to start this season, they held Mike Gesicki to zero catches and Tyler Kroft to one.  And finally, this game is basically the opposite of the Chiefs/Chargers game we liked above in terms of production - the expected points for KC/LAC is 55.5 while for this game it’s 42.  Just skip it.