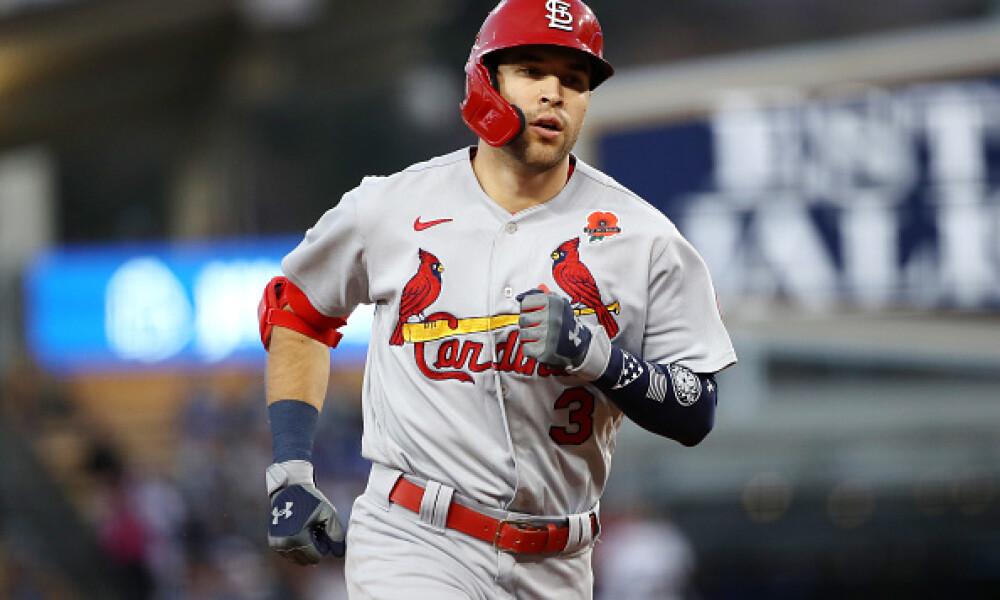 We got ourselves a full slate tonight and I’ve found myself more enamored with bigger name bats than arms on this fine Friday! So, I give you an affordable arm that you can use, that will allow you to get some of your favorite bats in your lineups (looking at you Matt Olson). For the most part, weather looks clear, other than for the Cubs game and a potential delay for the Angels. Without further ado, let’s head into today’s Value Vault!

Nick Gordon, OF MIN ($2,200 FD/$3,100 DK) - Gordon is hitting .333 with an .802 OPS versus right-handed pitching this year, and he also has five stolen bases against righties! Now, what encourages me today is that Texas’ Mike Foltynewicz has been throwing batting practice to lefties all year! Lefties have an insane .339 average, .454 wOBA and an OPS near 1.090 against him! Folty has a home ERA of 4.43, and while he’s even worse on the road, he’s simply not good at home, and in the month of June, he’s already allowed 12 earned runs and four home runs in just 6.1 innings of work! All aboard the Minnesota offense today, and Gordon is a cheap part of a profitable offense today.

Bryan Reynolds, OF PIT ($3,000 FD/$3,000 DK) - Lefties have hit .304 with an OPS near .810 against Mejia this year, and Reynolds has seven home runs in 157 at-bats against righties, not to mention a .369 wOBA. Will the Pirates light up Mejia? Probably not, but Reynolds should have Adam Frazier and Ke’Bryan Hayes ahead of him, both of whom have hit righties well. Reynolds is in a good matchup and should have some RBI opportunities this evening. If you have some dollars, Frazier and Hayes are both good plays themselves.

Dylan Carlson, OF STL ($2,500 FD/$3,000 DK) - Atlanta’s Max Fried has been more prone to righties this year, serving up an OPS near .800, a .285 average and a .347 wOBA. Fried has a 4.13 ERA at home this year, and Carlson has been a lefty killer, posting a .365 average across 52 at-bats. Carlson has hit safely in four straight games, and while his overall road numbers on the year are less than stellar, in the month of June, he’s hit safely in four of six road games, including two multi-hit efforts.

Yan Gomes, C WAS ($2,900) - I would love to play Gomes on DraftKings, but he’s too damn expensive today! If you want to be contrarian, and aren’t planning on paying up for Vladdy Jr. or Matt Olson at first base, take a look at Gomes in GPPs. He’s hitting lefties at a .364 clip with a massive .977 OPS. He has an .864 OPS in the month of June, with three home runs and nine RBI in 34 at-bats. On the other hand, New York’s Joey Lucchesi has a massive 7.29 ERA in seven road appearances (5 starts).

Randal Grichuk, OF TOR ($3,000) - I really like Bruce Zimmermann, but he’s in some trouble today against this loaded Toronto lineup. Grichuk has a .313 average with four home runs in 64 at-bats against southpaws this year, and on the road in particular in 2021, he has a .277 average and .341 wOBA. It’s a great hitter’s park, Grichuk is in a great matchup, and while he’s been a bit cold of late, he had two hits yesterday, and a trip to Camden Yards is just what the doctor ordered.

Chris Taylor, 2B LAD ($3,200) - You see Taylor’s price on DraftKings!? Five thousand four hundred dollars!? And he’s only a smidge over three grand here on FanDuel? Sheesh! He’s hitting .294 with a .406 wOBA against southpaws this season. Arizona’s Caleb Smith struggles to get deep into games, and has allowed seven earned runs and three home runs in 14.1 June innings, good for a 4.40 ERA. You can’t ignore such a sizable pricing discrepancy like this.

Luis Garcia, SP HOU ($8,900) - Garcia is the sixth-most expensive pitcher on DraftKings tonight, but I think his upside reaches much higher. He’s coming off a bad start, but prior to his loss at Minnesota, he had four straight outings with at least 20 DraftKings points, and 19 or more points in six of eight. The White Sox are sporting the ninth-lowest average against righties in the month of June, and while they haven’t struck out a ton, they have the fourth-lowest slugging percentage in that span.

Alec Bohm, 3B PHI ($2,900) - The first two months of the year, Bohm hovered around the Mendoza line. However, as the weather has gotten warmer, so has Bohm’s bat. In the month of June, he’s hitting .349 and currently riding an eight game hit streak. Now, only one of his 15 hits this month have gone for extra bases, but he does have four multi-hit games to go along with seven runs scored and five RBI. San Fran’s Johnny Cueto has served up a .280 average to right-handed hitters, and he’s allowed four home runs in his last 9.2 innings of work.  A loaded top half of the Philadelphia lineup should give Bohm plenty of RBI chances this evening.