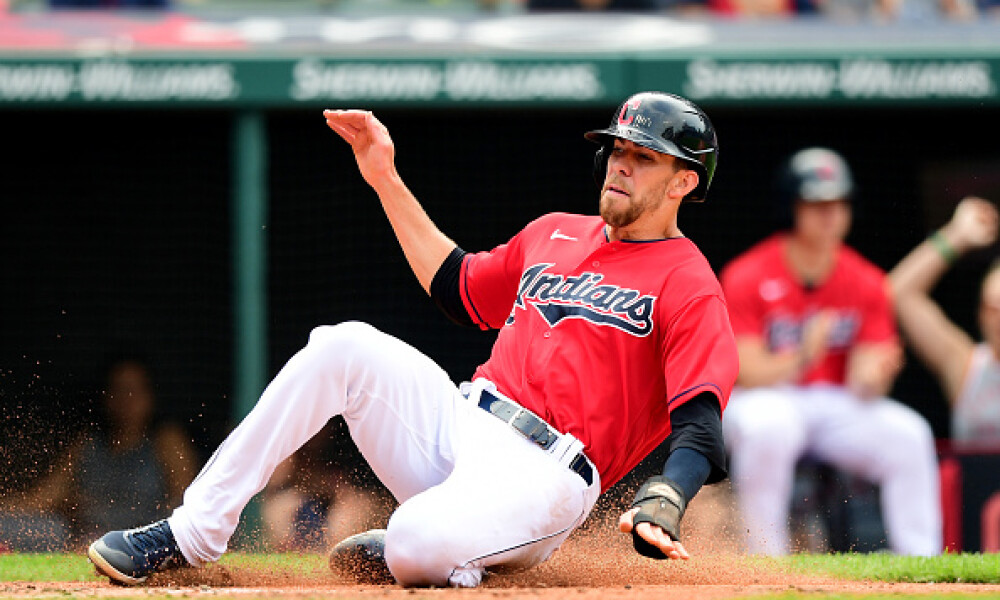 For this eight-game main slate, there aren’t too many major weather concerns. The only one that currently has my attention is a potential mid-game delay/postponement in St. Louis. However, we should be okay otherwise. To be frank, there’s a lot of bad pitchers on this slate, leading to quite a few different stacks you could employ, a la Toronto, Houston, etc. I’ll have my share there, but there’s also some underrated options to take a look at that don’t break your bank, like a couple Baltimore and Minnesota bats. Without further ado, let’s jump into today’s Value Vault!

Trevor Larnach, OF MIN ($2,600 FD/$2,700 DK) - J.C. Mejia has been so brutally bad against left-handers, it’s not even funny. He’s allowed a .371 batting average and .443 wOBA against them, not to mention an OPS north of 1.000! Larnach has homered twice in his last five games, and he has a .275 average this month. The big knock with Larnach is his immense strikeout rate, particularly this month, but Mejia has a 9.31 ERA in 9.2 road innings this year, striking out just seven batters away from his home park. This month, in 12.2 innings, Mejia has just nine strikeouts, so Larnach should get the bat on the ball this evening, and as a lefty against Mejia, the odds are in his favor for positive results.

Bradley Zimmer, OF CLE ($2,100 FD/$2,000 DK) - In recent years, Berrios at home was money. However, this year, that hasn’t been the case. Sure, he’s 4-1 in six home starts this year, but his 4.29 ERA and .255 BAA are much higher than his respective marks on the road. He racks up more strikeouts at home, so that’s something to consider, but Berrios has allowed a .293 average and .918 OPS versus lefties in 2021. Using the projections and price points here at Fantasy Alarm, Zimmer is one of the best values of the day. His numbers this month aren’t overwhelming, but outside of two games where he only got one at-bat, he’s hit safely in five straight games, and in his last seven games overall, he’s hitting .286 (6-for-21).

Cedric Mullins, OF BAL ($3,000) & Trey Mancini, 1B BAL ($3,300) - A little two for one here! Mullins is 1-for-2 with a home run off Toronto’s Anthony Kay, while Mancini is 2-for-3. Mullins is hitting .315 off southpaws this year, while Mancini is hitting .299 with eight home runs in just 87 at-bats. Kay’s numbers are far worse against lefties than righties, but with Mancini pummeling lefties, I’m not afraid to play both of these guys. Ryan Mountcastle is in play as well, but for me, Mullins and Mancini are excellent values today in a game that, at time of writing, has a line of 11 runs!

Austin Riley, 3B ATL ($2,600) - Riley was on a three-game cold streak, but he hit two doubles last night and scored a run in the process. Cincinnati’s Tony Santillan has some reverse splits, as he’s been far better against lefties than righties. Santillan has allowed a .357 average to right-handed hitters, and an OPS north of 1.500, not to mention an insane .573 wOBAA. Riley is hitting .280 off righties with a home run every 18.2 at-bats, and he should feast on Santillan today.

Kyle Tucker, OF HOU ($3,000) - There was a gap in the June action for Tucker, but he’s hitting .400 for the month and came back with a bang yesterday! He went 2-for-3 with two walks, and he’s hit safely in all but one game this month, raising his batting average over 20 points in the process! Detroit’s Jose Urena has allowed an .884 wOBA to left-handed hitters this year, and he’s been a disaster at home, allowing a 7.40 ERA in six home starts. Lastly, he has a 13.91 ERA through 11 innings (3 starts) this month. Ouch.

Kike Hernandez, OF BOS ($3,200) - Looking at Hernandez’s numbers, one would think you wouldn’t play him unless a lefty is on the mound. However, while he has hit lefties better for his career overall, he’s been fine against righties this year, and against this Tampa righty in particular. He’s 4-for-12 in his career off Michael Wacha, and Wacha has struggled mightily at home this year, allowing a 5.94 ERA and .302 BAA. Boston will likely be a popular stack today, and Hernandez is a good value bat against Wacha and his 7.56 ERA in the month of June.

Reese McGuire, C TOR ($2,100) -McGuire is sporting a cool .328 batting average against righties this year, and Baltimore’s Dean Kremer has been punished by righties, to the tune of a .294 average and OPS near .900! McGuire has a .371 wOBA versus righties this year and he’s hitting .333 with a .911 OPS in the month of June. He’s red hot over his last three games, going 7-for-10 in that span with three doubles, two RBI and two runs scored.