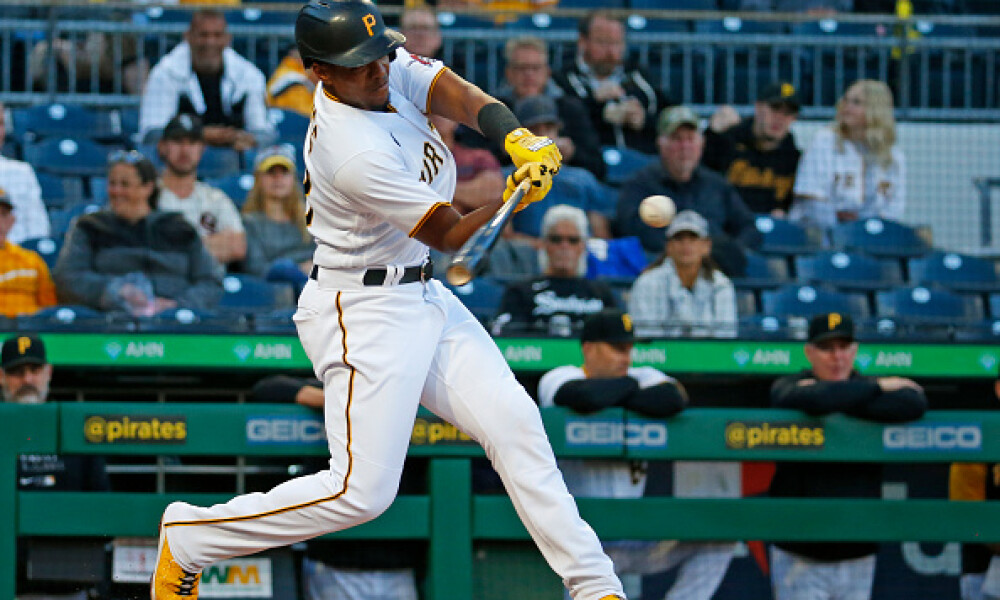 We got ourselves quite a slate this evening and there are a ton of white hot hitters that don’t command major price tags that we need to insert into our lineups this evening. There are pricing mistakes we need to exploit, and outside of Carlos Rodon and Framber Valdez, you won’t be spending top dollar for your pitcher. Tonight seems like a night to load up on stud bats, and finding the right value bats will be the ticket to victory. Without further ado, let’s jump into today’s Value Vault!

Bryan Reynolds, OF PIT ($3,100 FD/$3,100 DK) - More often than not, I understand Reynolds being slightly underpriced because he lacks significant upside. However, all he’s done of late is hit. He’s hitting .378 with a 1.121 OPS in the month of June, and in his current nine-game hit streak, he has a whopping seven multi-hit games. He’s also homered three times in that span, driving in 11 runners. Adam Frazier and Ke’Bryan Hayes continue to get on base, and Reynolds continues to deliver. Versus lefties this year, Reynolds has a .354 average with a 1.021 OPS. Oh, also, on the road this year, Reynolds has a .325 average and .964 OPS.

Jake Cronenworth, 2B SDP ($3,300) - Cronenworth is red hot of late, having posted at least 22 FanDuel points in four of his last five! He’s riding a nine game hit streak, but in this recent five game stretch, he’s homered four times, hit two doubles, knocked in eight runners, and scored seven times himself. He’s scorching hot at the moment, and while Arizona’s Corbin Martin’s numbers are worse against righties compared to lefties, Cronenworth has a .361 wOBA versus righties and with a couple righties ahead of him, he should have plenty of RBI chances tonight.

Ke’Bryan Hayes, 3B PIT ($3,200) - Hayes is hitting .256 with a 115 wRC+ over the last two weeks, and a 14 percent walk rate in that span has helped push his on-base percentage up to .360 during this span. St. Louis’ Kwang Hyun Kim has allowed a .272 average to righties, and Hayes has hit lefties at a .350 clip this year. On the road versus a lefty this year, he’s hitting .333, and Kim has allowed three home runs in just 13 innings this month. Hayes is my second favorite value play of the day.

Jonathan India, 2B/3B CIN ($2,900) - India cooled off for a bit but he’s back. He three-multi hit games in his last five outings, and he gets to face a lefty today, and he’s hit lefties at a .326 clip in 2021. Atlanta’s Drew Smyly has a 4.66 ERA on the road this year, and while June has been Smyly’s best month to date, he hasn’t been overly impressive, as he’s lasted more than five innings just once (5.2 IP on 6/20). India has six or more FanDuel points in each of his last five games, and he’s in a great spot to extend that streak.

Reese McGuire, C TOR ($2,400) - Back to the well with Reese! He had a couple hits yesterday and is now hitting .344 against righties this year. Baltimore’s Matt Harvey has struggled this year, posting an ERA north of seven and an 8.20 SIERA. On the road this year, Harvey is 2-4 with an 8.51 ERA and 1.86 WHIP. Yikes. Toronto’s offense is about to go nuclear again, and McGuire should be able to get on base to have the boys at the top of the order drive him in a couple times.

Clint Frazier, OF NYY ($2,000) - Frazier has a .739 OPS this month and each of his last four hits have gone for extra bases. Yes, there have been some hitless games in there, but at this price, I’ll take a chance in a GPP against Martin Perez. The Boston southpaw has a 6.68 ERA at home this year, and righties have posted a .761 OPS against him overall. This month in 16 June innings, Perez has served up a 6.75 ERA and has a putrid 9:7 K/BB ratio. This price point is attractive on DraftKings, and one big swing from Frazier puts us in a great spot.