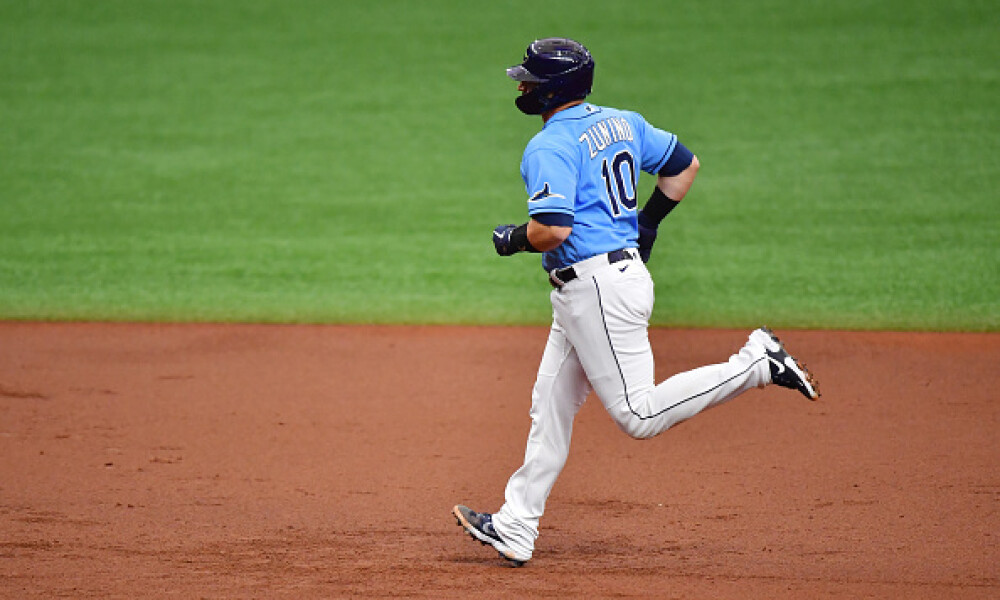 We have a nine game slate this Monday evening, but outside of Brandon Woodruff, there aren’t many pitchers that command a huge chunk of your salary. Therefore, you have the ability to add that extra stud bat, or pay up for Woodruff if you choose. There’s a lot of great value bats on the slate, including one majorly mispriced player on FanDuel that you must roster today. There’s also a southpaw on the slate that is in a great spot to be your SP1 or SP2 on DraftKings today. Without further ado, let’s jump into today’s Value Vault!

Gavin Sheets, 1B/OF CWS ($2,800 FD/$2,600 DK) - Sheets has an impressive 1.042 OPS on the year, and a massive .558 wOBA versus right-handers. He’s hit safely in five of six big league games, homering twice and driving in eight runners. Bailey Ober has struggled this year, especially against lefties, and Sheets should thrive in this matchup. The higher he hits in the order the better, as the bats behind him should be able to bring him home.

Bobby Dalbec, 1B/3B BOS ($2,900 FD/$2,800 DK) - Los Angeles’ Jose Suarez is sporting some reverse splits, as he’s been tough on righties, but he hasn’t met Bobby Dalbec yet. Dalbec is the lefty crusher, hitting five home runs and driving in 15 runners in just 80 at-bats. Dalbec has a .344 wOBA against southpaws, and he’s hitting .385 with a 1.000 OPS over the last week. For what it’s worth, against the Angels this year, Dalbec has a 1.289 OPS, which is his second-highest mark against any team.

Wander Franco, SS TB ($3,000 FD) - Cleveland’s Logan Allen has an 8.38 ERA on the year, and away from his home park, his ERA sits above 13, thanks to allowing three earned runs in just two innings of work. Lefties have crushed him, to the tune  of a 1.083 OPS this season and Franco is 7-for-17 with two home runs against southpaws in 2021. It should be a big day for Franco, as well as some other guys in the lineup, including…

Mike Zunino, C TB ($2,500 FD) - You can play a catcher on FanDuel today, and Zunino is a great option. He’s hitting .323 against southpaws this year and has a whopping nine home runs in just 65 at-bats! He loves his home park, as he’s hit eight home runs in just 72 home at-bats! Logan Allen has been worse against lefties, but I wouldn’t call him dominant against righties by any means. Omar Narvaez is also in play behind the dish tonight.

Anthony Rizzo, 1B CHC ($2,900 FD) - The one batter that Philadelphia’s Matt Moore does not want to see is Rizzo. The Chicago first baseman has Moore’s number, going 4-for-5 with two home runs against the southpaw. Rizzo is sporting a .359 average against southpaws this year and he has a .283 batting average at his home park. Rizzo is one of my favorite plays of the day, and I can’t believe this price point on FanDuel, considering he’s over $5,000 on DraftKings!

Max Fried, SP ATL ($8,500 DK) - Fried is just the fifth-highest priced pitcher on the slate and he gets a Pittsburgh team he went seven innings against back in May. He only struck out two batters, so his point total was underwhelming, but since the start of June, he has punched out 28 batters in 27.2 innings of work. He should fare better in the strikeout department today, en route to a solid outing overall.

Brian Goodwin, OF CWS ($3,100 DK) - How is he still this cheap!? He’s hitting .357 against righties, and Minnesota’s Bailey Ober has served up a .404 average and .507 wOBA to left-handed hitters! Goodwin has 10 or more DraftKings points in four of his last five contests, and he’ll be looking for another big day today. Oh, Ober’s 5.84 ERA looks good compared to his 6.75 ERA at home this year.

David Fletcher, 2B LAA ($3,100 DK) - I like picking on Martin Perez more when he’s at home than on the road, but I like Fletcher in this spot. Fletcher is hitting .333 against southpaws in 2021, and he’s sporting a .340 average and .789 OPS over the last month. Furthermore, at home, Fletcher is hitting .307 on the year, and he has an eight game hit streak at home. Hitting in front of Shohei Ohtani and Co. should be lucrative this evening for Fletcher.