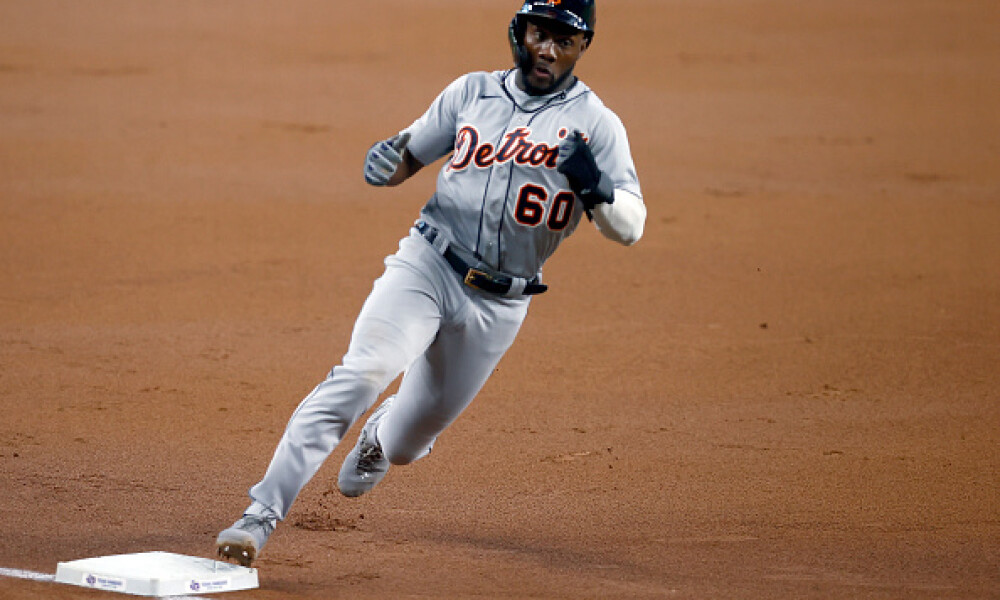 Hopefully you were on the Value Vault yesterday, namely Tyler Naquin and his productive evening! There are so many bags on tonight’s slate that I had to double-and-triple check their price tags to make sure I wasn’t seeing things! Some of the pitchers on the slate have some massive splits, and we are going to attack them in route to a profitable Tuesday evening. Without further ado, lets jump into tonight’s slate to find the best value bats to round out your lineup.

Akil Baddoo, OF DET ($2,900 FD/$3,100 DK) - Texas’ Dane Dunning has allowed a .284 average to left-handed hitters this year, but more importantly, he has a whopping 6.55 ERA across eight road starts. Furthermore, his strikeout numbers are way down on the road and he’s failed to make it through five innings in any of his last five road starts. Baddoo just gets on base as he has a .387 OBP and .953 OPS against righties this season. Over the last seven days, he’s hitting .385 and he should pack on the fantasy points tonight atop the Detroit lineup.

Nick Ahmed, SS ARI ($2,100) - Pittsburgh’s Tyler Anderson has been far better against lefties than righties, and the latter has put up a respectable .270 average and .344 wOBA against him. In comes Ahmed, who is hitting .301 against southpaws this season, and has three hits in his last seven at-bats. His upside is a bit capped, but he should be able to post a couple base knocks and score a run or two today against Anderson.

Travis Jankowski, OF PHI ($2,000) - Minimum price, yes please! New York’s Domingo Germán has a 4.89 ERA at home this season, allowing an insane 13 home runs in just 38.2 innings of work. Jankowski is hitting .410 with a 1.075 OPS against righties thus far in 2021, and over his last 11 at-bats, he has seven hits, four RBI and a stolen base. Even if he’s stuck at the bottom of the order, I love pairing him with the top part of the Philadelphia lineup tonight against the New York right-hander.

Austin Hays, OF BAL ($2,500) - Tampa’s Shane McClanahan has been tougher on righties than lefties in terms of batting average, when you have the numbers that Hays does against lefties in 2021, you throw that out the window! Hays is hitting .349 with a .407 wOBA against southpaws this year,not to mention a .960 OPS. Hays has a .729 OPS on the road this year, and over his last 30 at-bats, he’s hitting an even .300 with a .905 OPS. I’ll trust Hays against a lefty today, especially at this price.