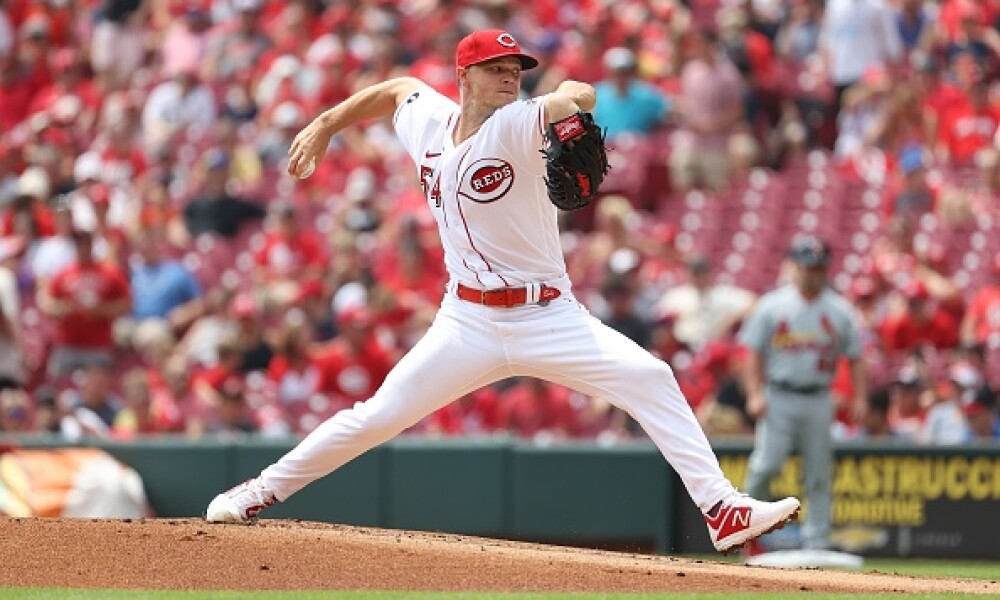 We have a full 15-game slate this evening and be sure to check your lineup not only before lock, but around 4:00 EST as well, as that is when the trade deadline is official. At this point, it feels like anyone can get dealt at any time, so I wouldn’t get too attached to any build early on in the day. I have plenty of value bats below, as well as two arms for use in GPPs only. They are risky, and I’ll be the first to admit it, but it’s worth it at their price points.

Without further ado, let’s jump in and check out the best value plays of the day!

Sonny Gray, SP CIN ($8,100 FD/$9,200 DK/$36 Yahoo) - The Mets have been seeing the ball well over the last two weeks but with Gray’s ability to miss bats, he’s underpriced, especially on FanDuel. A rough outing in his last one should push ownership down on him today, but he has 37 strikeouts over his last 27.2 innings of work. I’ll chase the upside with strikeouts with Gray today, as righties give him more fits than lefties, and New York tends to have a good amount of lefties in its lineup. He’s a GPP play today.

Trevor Williams, SP CHC ($6,800 FD/$8,600 DK/$27 Yahoo) - Williams has struggled on the road this year, but no Trea Turner is a huge blow to this lineup, and spirits are low as Washington is going full-on rebuild. So far in July, he’s posted a 4.20 ERA, and if you look at his three most recent road starts, he’s allowed seven earned runs across 13 innings of work with 12 strikeouts. There’s a lot of risk here, so he’s reserved specifically for GPPs. UPDATE: Williams has been traded to the Mets, therefore, he won’t be pitching for Chicago this evening.

J.T. Realmuto, C PHI ($3,300 FD/$14 Yahoo) - Pittsburgh’s Wil Crowe has been generous to right-handed hitters all year, as they have posted a respectable .322 average and .414 wOBA! Realmuto is hitting .263 against righties on the season and over the last two weeks he’s homered three times and posted a .698 OPS. Sure, not overwhelming numbers, but Crowe has been bad, has serious issues with his splits and has a 5.58 ERA in seven road starts this year. Fire up those Philadelphia bats today!

Ramón Laureano, OF OAK ($3,100 FD/$10 Yahoo) - Laureano is 2-for-5 in his career against Patrick Sandoval, and while the Los Angeles southpaw has been pitching well of late, Laureano feasts on lefties. In 2021, Laureano is hitting .302 with a .364 wOBA against left-handers, and he also has a .282 batting average away from his home park. The Oakland outfielder has hit safely in eight of his last nine games, and he has a .343 average and 1.075 OPS against the Angels this year.

Kyle Farmer, 2B/SS CIN ($2,600 FD/$3,000 DK) - Carlos Carrasco is making his return to the mound after a lengthy injury, and he walks into a tough Cincinnati lineup. Farmer certainly won’t make things easier, as he’s hitting .457 with a 1.258 OPS over the last two weeks. He’s red hot and has multiple hits in his last four games, and in five of his last seven. It’s hard to ignore Farmer right now, as it seems like he’s seeing a beach ball at the plate!

AJ Pollock, OF LAD ($2,600 FD) - Arizona’s Zac Gallen has struggled this year, and while it’s more so been against lefties, you can fit Pollock into your FanDuel lineups this evening. He’s hitting .290 with a .370 wOBA against righties this year and over the last week, he’s hitting .455 with a 1.045 OPS. He’s hit safely in his last eight games, and in 15 of the last 16, providing a high floor with noticeable upside in tonight’s matchup.

Rodolfo Castro, 2B/3B PIT ($2,400 DK) - All Castro does is hit dingers! Seriously. All five of his hits this year have sailed over the fence, and three of them have come against righties. Velasquez has a 1.92 HR/9 on the year, but when you look specifically at road appearances, it balloons to 2.17 HR/9. Ouch! Castro is in line for another home run today, and at this price point, join the sweepstakes!

Rowdy Tellez, 1B MIL ($2,600 DK) - Atlanta’s Touki Toussaint has been tough on lefties this year, but since coming to Milwaukee, Tellez looks rejuvenated and after a slow start, he’s picked it up over the last handful of games. Over his last six games, he’s hitting .500 (12-for-24) with four home runs, 10 RBI and eight runs scored. He’s recorded multiple hits in four of those games, and I’m riding the hot bat here today, especially at this price point!