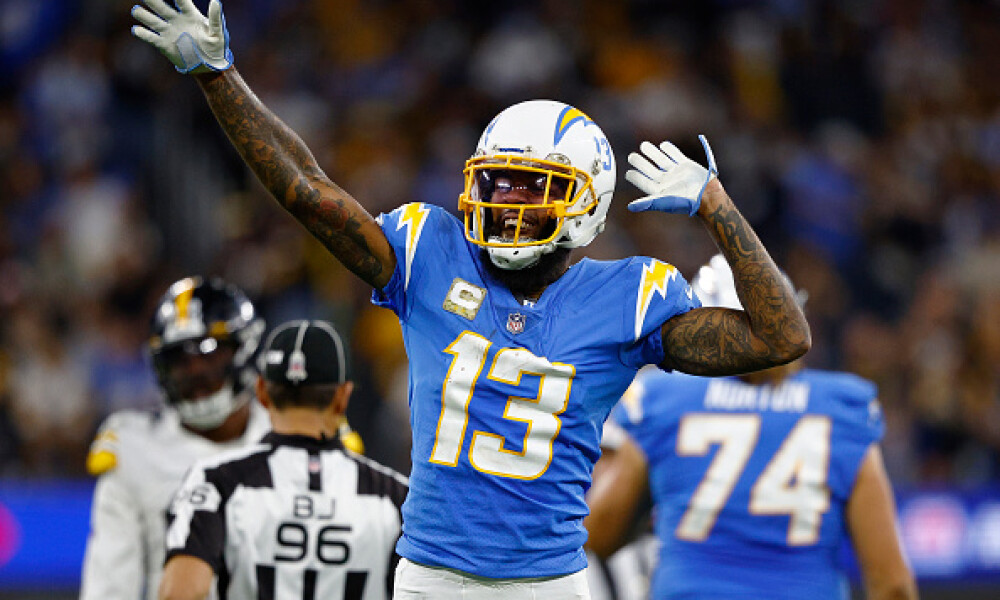 Deebo Samuel, SF - Is Samuel a running back or a receiver? I don’t know, but he’s damn good at both. He’s utilized so often in the offensive game plan and is a threat with the football in his hands. He caught just one pass last week on a season-low two targets, and still managed to put up 16 points in a PPR format. Minnesota has allowed the most fantasy points per game to wide receivers over the last four weeks, and from a statistical perspective, they have allowed the second-most receptions, most receiving yards, and tied for most touchdowns allowed to the wide receiver position.

Keenan Allen, LAC - Denver is vulnerable in the slot, and Allen is one of the league’s best. Seems like a recipe for success, right? I think so! Kyle Fuller is Pro Football Focus’ 115th graded corner out of 118 qualified cornerbacks, and Allen has a 34 percent target share over the past four weeks. Furthermore, in that four-week span, no one has more receptions than Allen, and he has the second-most receiving yards. Mike Williams got the long touchdown last week, but Allen was Mr. Reliable for Justin Herbert throughout the entirety of the game.

Diontae Johnson, PIT - Despite having a noodle-armed quarterback, Johnson has been as consistent as they come for fantasy purposes, especially on DraftKings with its PPR scoring. Johnson has recorded double-digit fantasy points on DraftKings in every game he’s played in this season, and over the last four weeks, he’s commanded a quality 29 percent target share. The Bengals are 21st in DVOA against the pass, and it’s hard to find a more consistent option at the wide receiver position than Johnson.

Brandon Aiyuk, SF - As good as a play Samuel is this week, on a point per dollar basis, could Aiyuk be even better? Coming in $1,700 less on FanDuel and $2,600 less on DraftKings, Aiyuk is shaping up to be quite a value this weekend. Since Week 7 ended, Aiyuk leads the 49ers with a 25 percent target share and he has seven targets in three of his last four games. He’s also found the end zone twice in the past three weeks and now gets to face a Minnesota defense that is bleeding fantasy points to opposing receivers, to the tune of the most fantasy points per game over the last four weeks.

Brandin Cooks, HOU - Teams can run all over the Jets, but will the Texans be able to do so? The Texans have a league-worst 3.2 YPC on the ground but aren’t afraid to let TyRod Taylor throw it in good spots. Well, this is a good spot. The Jets have allowed the third-most 20+ yard passes this season, and they have also allowed the most fantasy points per game to receivers over the last four weeks. Cooks has also been far better at home this season, where he’s averaging 5.75 receptions for 87.5 yards per game.

Adam Thielen, MIN - Do I like Justin Jefferson this week? Of course. Do I think Jefferson has a higher ceiling? Of course. However, on a point per dollar basis, Thielen could be a slightly better value. Thielen is $900 cheaper than Jefferson on FanDuel and $1,600 on DraftKings! The veteran wideout is far from flashy, but he’s found the end zone in four of his last five games, and during this five-game stretch, he’s averaging 6.4 receptions for 71.4 yards and 0.8 touchdowns per game.

Elijah Moore, NYJ - The Elijah Moore show is finally happening, and man, it is an absolute delight. In the team’s past five games, he’s seen at least six targets in each contest, and he has four touchdowns over the past three weeks. He now gets a juicy matchup against a Texans defense that has allowed the second-most fantasy points to wide receivers over the last four weeks. Furthermore, Houston is one of just seven teams to have allowed at least eight passes of at least 40 yards on the season, and Moore just saw nearly 40 percent of his team’s air yards last week.

Nico Collins, HOU - Collins made an impressive [should have been called] catch last week on a red zone fade, and if Houston can make its way to the red zone, that’s going to be a play they go to this week. Collins will see a good bit of Isaiah Dunn, who stands four inches shorter and has 25 fewer pounds on his frame than the Houston rookie wideout. No team has allowed more red-zone targets over the last four weeks to receivers than the Jets, and this could be Collins’ coming out party.

Mike Williams, LAC - Williams had his best fantasy in quite some last week, going for 97 yards and a touchdown against the Steelers on Sunday Night Football. However, after a quick start, he went quiet, and a long touchdown in the game’s final minutes accounted for the majority of his production. Can he do the same against Denver this week? Perhaps, but I’d rather pay $400 extra for Keenan Allen on FanDuel and not have to worry about it.