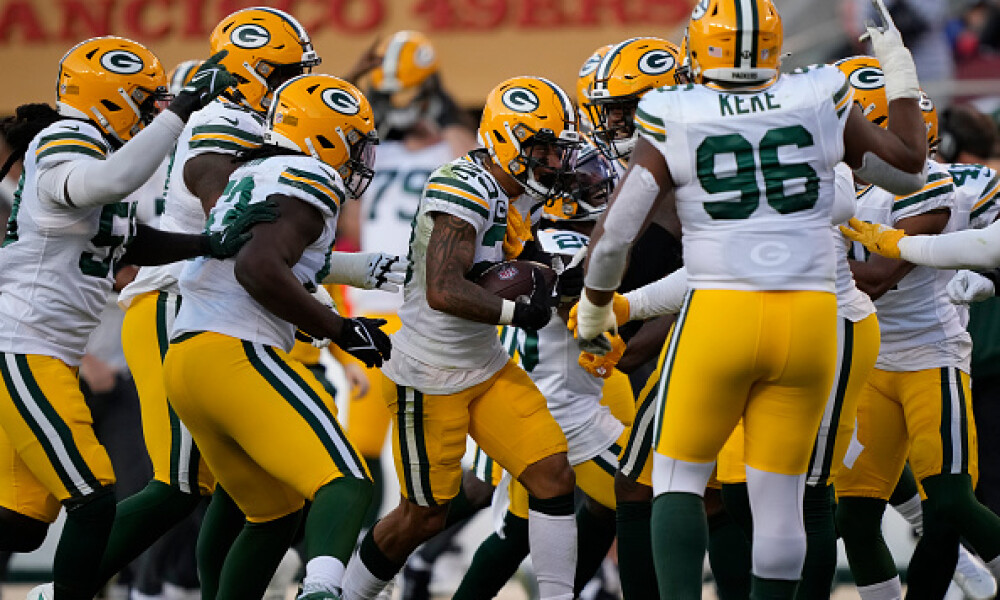 Buffalo Bills – Talk about grasping the low hanging fruit, right? The Bills are 16.5-point favorites with the over/under around 47 points. That gives the Texans about 14-15 expected points, which seems fair since they’ve scored a total of 30 points their last two games. The Bills defense has been very impressive. They’ve allowed 46 total points all year, have held teams to under 80 yards of rushing offense and 300 yards of total offense in each game while averaging two forced turnovers and three sacks per game. If you can stomach the price tag, they’re great. But as you know, there will be cheaper D/ST’s on this slate that offer a similar ceiling. For that reason, the Bills are fine in Cash games, but we should seek out a cheaper option for GPP’s.

New Orleans Saints – I still don’t know if the Saints defense is for real or not, but I love the matchup this week. The Giants are getting no respect. The game opened with the Saints as 6.5-point favorites with the over/under at 47 points. The Saints are now favored by a touchdown and the total has been bet down to 42 points. The Giants offensive line is still bad and while Daniel Jones hasn’t thrown an interception, I’m not impressed with just two touchdown passes especially when we know he has problems with fumbles. The Giants have weapons, but I don’t necessarily think this is the week we see the Giants flash potential on offense.

Washington Football Team – I’ll preface this section by saying that I don’t typically consider ownership when playing a D/ST because you’re better suited finding leverage with positional players. However, I find it hard to believe the field will consider Washington this week. They’re on the road in Atlanta and all signs point to this game featuring moderate scoring and it’s arguably a pick ‘em according to Vegas. But I still believe in Washington’s disruptive pass rush and anyone with eyeballs can tell you Atlanta’s offensive line is a detriment to the group’s success. The Falcons are averaging the sixth-fewest yards per game (301.8) and they’ve scored just 48 points through three games. I like to think of this game as a potential “get right” game for Washington’s defense.

Green Bay Packers – Similar to Washington, I think Green Bay goes overlooked this week. The Steelers offense looks dreadful. We can all fall head over heels with Najee Harris’ 19 targets last week, but while the volume is there for him the efficiency isn’t. Ben Roethlisberger looks like every play is taking a physical toll on him. The Steelers are averaging just 308.3 yards per game and they’ve scored only 27 points over their last two games. Turnovers haven’t been a huge problem for Pittsburgh… Yet. But Big Ben was sacked four times last week by Cincinnati so the offensive line issues that plagued this team a year ago are rearing their ugly head once again. Green Bay is favored by 6.5 points and the over/under has been bet down to 45.5 points.

Indianapolis Colts – Let’s go back to the well with Indy this week, shall we? I noted last week that the schedule has been rough to start. Truthfully, they’ve performed well enough the last two weeks against the Titans and Rams. Have they bled yardage and points? Sure, but they’ve forced turnovers and they’ve put pressure on the quarterback. This week they get a slightly easier matchup in Miami. The Fish are favored by less than a field goal, but the over/under has been bet down to 42.5 so I think there’s some appeal here. The secondary gets a lot of crap, but Jacoby Brissett doesn’t strike fear into me. Does his rapport with Jaylen Waddle grab my attention? Sure, but this is still a strong defense against an offense that has scored 37 points through three games and they’re averaging the fourth-fewest yards per game to start the year as well.

Dallas Cowboys – This defense might actually be good. For years this defense hindered the team, although it presented fantasy gold when the offense was chasing points. But Dallas has forced eight turnovers in their first three games and over their last two contests they held the Eagles and Chargers to a total of 32 points. There’s a lot of hype surrounding the Panthers coming into town, but they’ll be without Christian McCaffrey and they just dealt Dan Arnold. Are they a completed depleted offense? No, but this will be a tough road matchup for Carolina and I think people could once again be sleeping on Dallas, whose price tag has dropped down to $2,600 on DraftKings. The over/under is high, but I wouldn’t be surprised if this was another low scoring affair similar to Dallas’ game against Los Angeles.

Detroit Lions – This might be a little nuts because I know everyone is going to look at the Bears in this matchup. But this line opened with the Bears as a five-point favorite with the over/under around 47 points. Since then it’s been bet down to 42 points and the Bears are only favored by a field goal. The Lions are coming off a pretty impressive defensive performance where, if it weren’t for a miraculous 66-yard field goal, they would’ve taken the Ravens to overtime. While this is a great opportunity for Justin Fields to bounce back, if Andy Dalton is the starter in Week 4, I really like this defense. The Bears run the fifth-fewest plays per game (57.3) and they’ve allowed five sacks per game. The Lions managed to get to Lamar Jackson four times last week, and they could certainly do some damage against a far worse Chicago offensive line. They’re only $2,200 on DraftKings so if you need an absolute punt this week, you truly don’t need much from Detroit to return value. A couple sacks and maybe a turnover or two could be enough to return value. And keep in mind, this is such a high variance position for DFS. We see surprise teams record a pick six or a return touchdown all the time. The Lions aren’t exempt from doing so simply because they’re cheap and they’re the bare minimum on Yahoo Daily at just $10, representing just 5% of your budget.

Tennessee Titans – I just don’t see the point in paying up for the Titans this week. They’re the second-most expensive D/ST on DraftKings and FanDuel. You can easily play this team on Yahoo Daily Fantasy where they only represent 6.5% of your budget. But on DK and FD I can’t stomach paying $3,900 and $4,900 respectively just because of the matchup. I know the Jets offensive line is bad and Zach Wilson has been prone to turnovers. But you should either be paying up for the Bills or down to the Saints or Broncos among the top tier teams. The Titans have forced just one turnover through three games. The seven sacks they’ve recorded are okay, but even last week where they held the Colts to just 16 points and 265 totals yards of offense, they only returned three points on DraftKings. We need those peripheral stats to give us more of a return. Given the options priced around the Titans, you can make a smarter decision in Cash and I’d much rather pay way down in GPP’s for a D/ST with arguably higher upside. But again, if you’re playing Yahoo Daily, this group is very much in play.