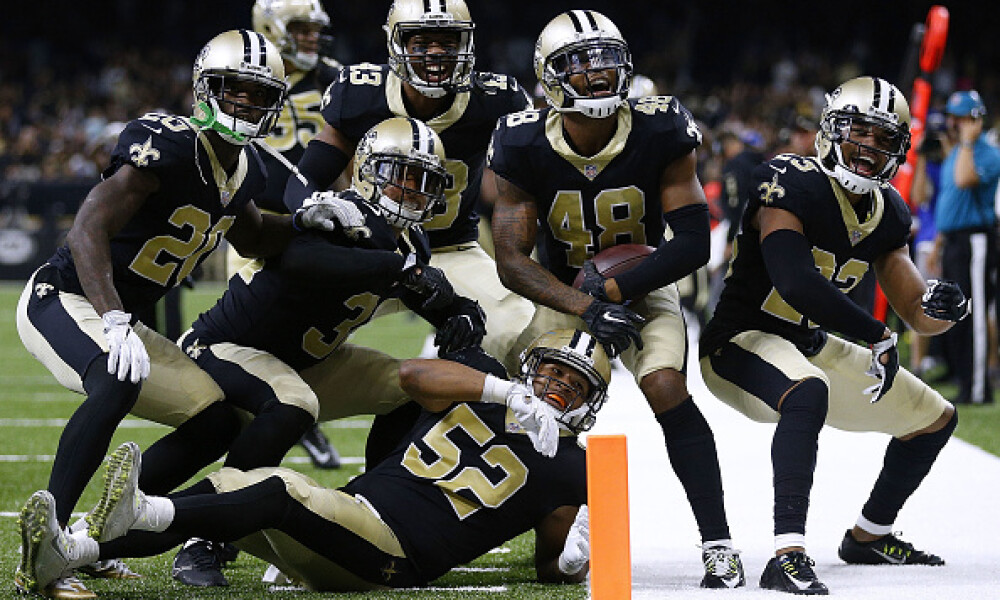 Buffalo Bills – I’m not fond of paying up for D/ST’s all that often, but the Bills are in a fantastic spot this weekend. They visit the Jaguars and the Bills are currently favored by two touchdowns. The Bills allow just 269 total yards per game and 15.6 points per game which are the best marks in the league. While Lawrence has a bright future ahead of him, he’s still prone to turnovers. On the season he’s thrown nine interceptions and he’s lost three fumbles as well. Not to mention the team’s best running back, James Robinson, is questionable with a heel injury and this could be a game where the Bills return double-digit fantasy points. You have to pay a premium for them, but the floor is pretty nice.

New Orleans Saints – After three straight games of putting up 27+ points, the Atlanta Falcons came back to reality last week against a respectable defense in Carolina. What do you think will happen against an actual defense like New Orleans? No to mention, this is a road game for Atlanta and the Saints are currently favored by six points in a game featuring one of the lowest projected totals on the slate. The Falcons have the fourth-worst pass blocking grade according to Pro Football Focus, and while the Saints don’t have a great pass rushing grade they still have ten sacks in their last three games and this is truly a matchup where the Saints could feast. Atlanta will be without Calvin Ridley again which will make it easier to take away Kyle Pitts and we could be looking at multiple turnovers forced by New Orleans in Week 9.

Dallas Cowboys – I really like the spot Dallas is in this week. If it weren’t for a layup against the Football Team last week, the Broncos could be riding a five-game losing streak. The Cowboys are significant ten-point favorites at the moment and this will be a home game for Jerry’s beloved football team. The Cowboys generate a very strong pass rush and force turnovers incredibly well and Denver’s offense hasn’t looked great lately. I don’t have much faith that they’ll be able to go into Dallas and surprise anyone. This is a spot where Dallas could return 3X value this week and are viable in all formats.

Las Vegas Raiders – It’s been a very tough stretch for Vegas. They moved on from Jon Gruden a few weeks back and released Henry Ruggs III earlier this week for reasons we’re all aware of. In a small sample size, Rich Bisaccia has shown he can get this team ready and ignore the noise. The road matchup to the Meadowlands doesn’t pose much concern for me. The Giants are beat up and if they’re once again without their precious pass catchers then the matchup benefits the Raiders even more. Moreover, the Raiders boast one of the best pass rushes in the league. They’ve had multiple sacks in every game this season and the Giants offensive line is pretty beat up and they have the third-worst pass blocking grade according to Pro Football Focus. Keep an eye on the Giants injury report and their inactives come Sunday because this could turn into a matchup worth exploiting.

Carolina Panthers – The Panthers are a much better value on DraftKings this week than on FanDuel. They’re the eighth-cheapest D/ST on DK, but the seventh-most expensive team on FD. Vegas isn’t projecting a ton of offense in this game and the Patriots are favored by roughly three points. I wouldn’t fault you or argue with you too much if you went with the Patriots on the other side of the ball, although they’re among the more expensive teams this week. The Panthers have struggled on offense recently and Sam Darnold has regressed to what we’re used to seeing from his time with the Jets. However, I think Carolina’s worth considering in GPP’s and dare I say I’m not ruling them out for Cash contests as well? We’ve started to see the Patriots offense come to life in recent weeks. They’ve put up at least 25 points in four straight games and they’re 3-1 in that span. But they just played on the West coast last week and now travel to Carolina this weekend and we shouldn’t expect a ton of offense especially with Carolina’s secondary getting better. Plus, it’s a bit of a revenge game for Stephon Gilmore if you buy into that narrative.

Kansas City Chiefs – Say it with me now “D/ST is a position of variance,” and I will preach that until your ears bleed. The Chiefs defense sucks. In four of their last six games they’ve returned three or fewer points. With the news that Aaron Rodgers will be inactive for Sunday’s game against the Chiefs, we saw the over/under shift from 53.5 points down to 48. Jordan Love still has a strong prospect profile and he’s been waiting for this moment and it’s a great matchup for him. But he’s still inexperienced. At this price tag you aren’t looking for Kansas City to do much, but if they can force a few turnovers and take one to the house then they return a bunch of value. I’m on the fence about paying down this far in Cash games this week, but they’re in play as a GPP punt.

Miami Dolphins – Once again, I’ll be fading the D/ST playing the Texans this week. We went this route last week with the Rams who were priced at a gaudy $7,100 and they couldn’t even return 1.4X value. The price tag on the Dolphins isn’t even that bad. But this team has done nothing to show they are a great defense. The secondary is okay, but allow 29.1 points per game (third-worst in the league) and 406.9 total yards per game, which is worst in the league. If TyRod Taylor returns for this game it’s an even bigger sign to fade the Dolphins this week. Miami may be favored by a touchdown, but the defense could be a problem for them this week especially late in the game.