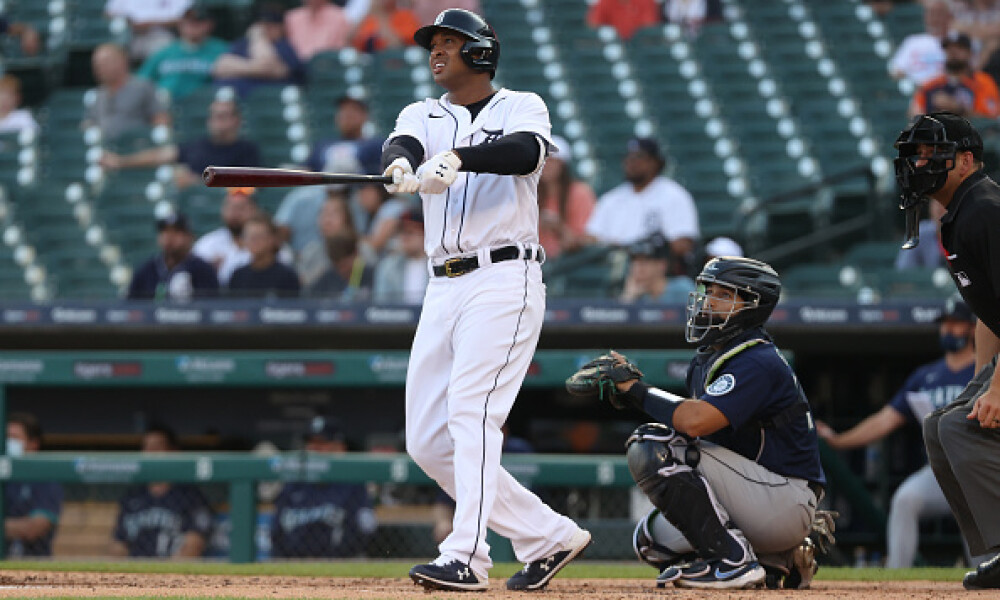 Yordan Alvarez, Houston - OF ($6K on DK, $4.5K on FD) - Targeting left-handed batters against Wily Peralta feels like shooting fish in a barrel, so why not go after a guy who crushed a grand slam against the beleaguered Tigers bullpen last night? During his last two weeks, Alvarez has launched four home runs with a .313/.411/.583 slash line producing five barrels of his 33 batted ball events and a 54.5-percent hard hit rate. For his career, Peralta allows a .292 batting average against left-handed hitters and this year has allowed two home runs to nine lefty batters faced.

Giancarlo Stanton, New York Yankees - OF ($5.3K on DK, $3.6K on FD) - Facing a southpaw in Fenway may be the recipe to break Stanton out of his homerless slump, he last hit one on June 17th. But, in Boston he owns a .415/.445/.717 slash line with nine extra-base hits over 14 contests and crushed two home runs in seven previous at-bats facing Martin Perez with an average exit velocity of 105.2 MPH in all of his batted ball events facing him. Thinking a hitter warming up with four hits his last seven at-bats with a history against a pitcher including a robust .488 expected batting average, a 1.142 expected slugging and a .683 expected weighted on-base average with a short porch in left seems like a slam dunk. Calling for a "Stantonian” blast tonight.

Jake Cronenworth, San Diego - 2B ($4.8K on DK, $3.3K on FD) - After launching his 11th home run of the season Wednesday night, Cronenworth's homered in three in a row, hit four in his last five games and five over his last eight contests. His last 26 plate appearances provide eight runs, four home runs, nine RBI and a .409/.480/1.136 slash line fueling a scorching .645 weighted on-base average (wOBA) and 320 wRC+. He also leads the Padres in multiple hit games (21) facing a rookie starter for Arizona and a very bad bullpen. Pairing him with Fernando Tatis Jr. in a mini-stack may pay dividends as an underrated option against the Toronto and Houston heavy grain.

Jonathan Schoop, Detroit - 1B/2B ($5.2K on DK, $2.7K on FD) - Absolutely love his price on FanDuel and using the football DFS themed chasing it back theory. Will Houston score a bunch of runs against the Tigers, yes. But, Schoop's facing a southpaw tonight. He's accrued 76 plate appearances versus left-handed pitching this season recording five doubles, six home runs, 15 RBI and a .324/.368/.648 slash line along with a .324 isolated power. If this score gets lopsided, it's likely Schoop could hit a home run off of Framber Valdez or the "B”-team in the Astros weak bullpen.

Abraham Toro, Houston - 3B ($3.5K on DK, $2.5K on FD) - With limited top options at pitchers and double digit run totals on the horizon, getting the correct bargain bats will be a key to success tonight. Toro's rates as more of a tournament option but he's a low priced part of a stacked Houston lineup. Although he hits for a lower average versus right-handed pitching, he's hit both of his home runs this year facing them. All he needs to do is run into one from Peralta and if the bullpen gets involved early, Detroit possesses plenty of southpaws which the switch-hitter can exploit. A solid bat in a prime spot to succeed.

Aristides Aquino, Cincinnati - OF ($3.7K on DK, $2.4K on FD) - A flawed hitter with one redeeming quality, his combination of power and speed. Facing southpaw Drew Smyly in the Great American Ballpark means a chance he crushes a home run. He's hit three home runs against left-handed pitching in only 15 at-bats this season with a .200 average but a .600 isolated power with a 1.094 on-base plus slugging percentage. It takes one mistake for Aquino to hit three times value tonight. Betting on the "punisher” to come through. Also of interest, if Toronto puts Joe Panik in the lineup tonight, he becomes a nice target at a low price point in a smash spot.