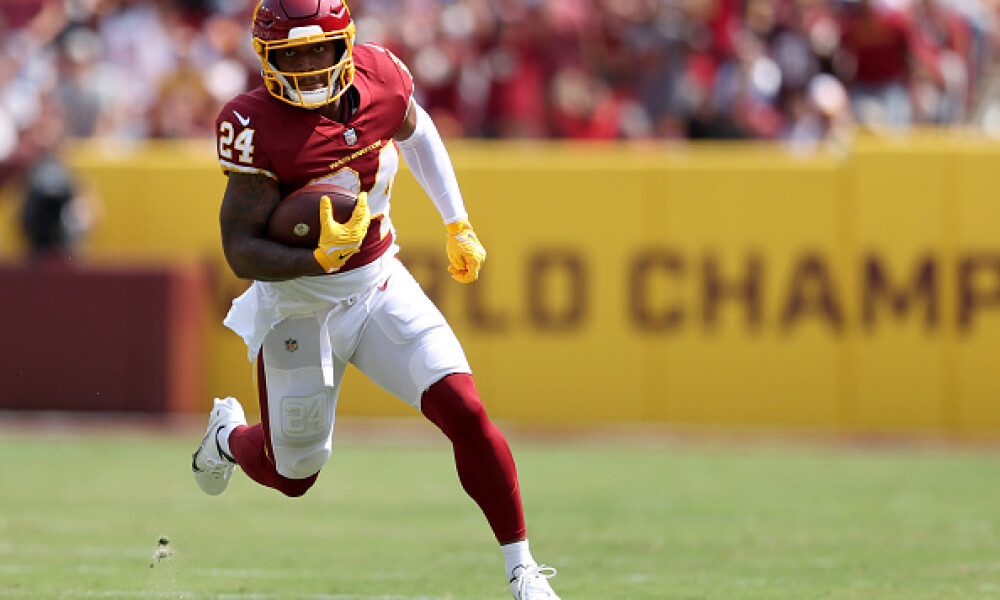 Welcome to the DFS Playbook for NFL Week 13!

This is fixin' to be quite the week in NFL DFS. If you've gone through the coaches an the Watch List, then you already know what we're looking at this week. Something pretty tasty, but also, likely one of the biggest Choose Your Own Adventure stories with regard to lineup construction. Both the quarterback and wide receiver position have their usual array of players at varying pricing tiers. We like a couple at the top and we have a few who can save us some salary. The tight end position is roughly the same. But this week, the running back position is going to present us with a lot of options…and a lot of problems.

Lineup construction is crucial to your success. For the most part, you want to float with the herd in cash games on some plays, but to win a GPP, you need to find those low-owned options. But with the way the running back position is laid out this week, it's going to be extremely difficult to differentiate between the two. Just a quick glance at the DFS Draft Percentage Forecaster, you'll see 10 guys across varying pricing tiers with a projection of 10-percent or greater. That's a lot. Usually you see three or four each week. But this week, everyone from the highest-priced back Jonathan Taylor to the super bargain-priced Antonio Gibson have stellar match-ups and are worth using in both your cash games and GPP tournaments.

Usually we say you can either pay up or pay down and sometimes we'll say you can do one of each. This week, you can do it all and that is going to make a big difference when building your lineups. Keep an eye on the DFS Draft Percentage Forecaster. There will be an update tonight, another early tomorrow morning and then one more about an hour before lineup lock. Use is as a guideline, not the gospel. Even if you're like me and you're just a one or two lineup player, build several just to see what looks the most promising. It's going to take you some extra time, so be sure to give yourself enough….not too much that you're overthinking it, but enough to build multiple and see which looks best for you.