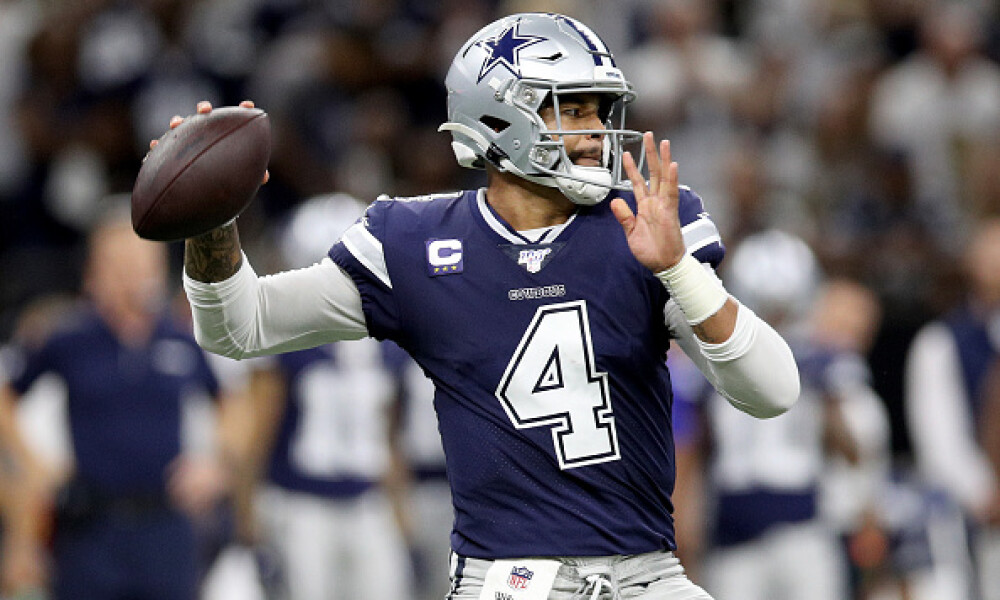 Now before we dive in, there are some things I feel should be discussed with regard to playing the full six-game slate for this weekend. First and foremost, even with a full six games, I still prefer to play GPP only. The player pool is big enough to play cash games, but there will likely still be plenty of overlap and that means the pay-lines will be higher. If playing cash, I would stick to the 50/50s as opposed to the multipliers (i.e. double and triple-ups) because you have half the field being paid out. The multipliers pay out more like a tournament, so you may need to finish in the top-third to get paid and that, obviously, becomes a little more difficult, especially if people are on the same guys.

You also need to realize that, even though you are playing a cash game, you may need to incorporate a dart throw or two still because of the pricing. I've been very vocal throughout the season that the pricing on Draft Kings forces you, even in cash, to throw some darts. Now imagine that player pool is cut in half but their pricing doesn't change. This is why I rarely play cash games during the playoffs, but for this week only, as we look at the full six games, I will still offer a few examples to help offer some guidance.

Two other major factors you will need to be cognizant of are injuries and the weather. It may sound obvious, but there are a few pitfalls that some people fall into.

First of all, the weather. Cold weather is one thing; heavy winds and precipitation are another. It's going to be ridiculously cold in Buffalo Saturday night. But the forecast calls for clear skies and the wind isn't supposed to be more than 8-10 mph, if even that much. As a result, I worry a little less about the passing game. Precipitation makes the ground and the ball slick. Winds in excess of 20 mph make it difficult to throw the ball downfield. may still have concerns about Josh Allen against the Patriots tonight, but weather is only going to be a minor factor.

Now for games not played Saturday, that is going to be something you need to factor while building lineups over a three-day period. Today's weather in Cincinnati and Buffalo won't change too dramatically from reports you are currently seeing. But tomorrow in Tampa,  for example, you are going to have to stay very much in tune with the reports. As of 11am ET, the rain is supposed to fall off in the mid-to-late morning but 20 mph winds are expected throughout the day. Given that it's Florida, the rain could certainly pop back in at a moment's notice or these winds could die down and leave us little to worry about. Fortunately, PHI/TB is the early game Sunday, so if the rains or wind persist, we have plenty of pivot options.

As for injuries, obviously, you need to stay on top of all the latest news. I would love to play Leonard Fournette, especially if the winds pick up, but given the fact that he is a game-time decision with less-than-stellar-reports, I may have to simply leave him for the Sunday only slate, depending on my roster construction. If you heard me on SiriusXM on Friday, I explained the need for pivots if you are going to build a lineup on this slate that includes a player like Fournette or James Conner. You can do it, but you have to make sure you leave yourself outs. Not just someone to pivot to if a player doesn't play, but maybe at another spot as well in case you suddenly have a bunch of extra salary and can upgrade at different spots. It's going to require some extra attention if you do. There is no set it and forget it this weekend or this slate.

That probably covers the important notes, so let's start looking towards lineup construction.

Again, these lineups are meant to serve as examples for you. A sounding board if you will. They are not meant for you to plug in as your own. That's the lazy way and we don't condone it. We are trying to teach you how to be a better DFS player; we aren't lineup-sellers. You should be creating your own lineups using all the information we provide you throughout the week and then coming here to see if there is anything you may have missed or simply for an alternative perspective.

Best of luck to you this week and let's make some money!

Elijah Mitchell (knee) will play in Sunday's Wild Card matchup with the Cowboys.

Mike Evans (hamstring) will play in Sunday's Wild Card matchup against the Eagles.

Breshad Perriman (hip) will play in Sunday's Wild Card matchup against the Eagles.

Always check back here and the Playbook for late adds

PHI/TB – rain in the morning but expected to taper off prior to game-time; winds 15-20mph

As a reminder, when you're stacking in GPP, you usually want to run someone back from the opposing team. One-sided games often turn to a running back seeing higher-than-usual volume or the back-ups start to play. For a stack to really pop, the other team needs to keep things competitive.