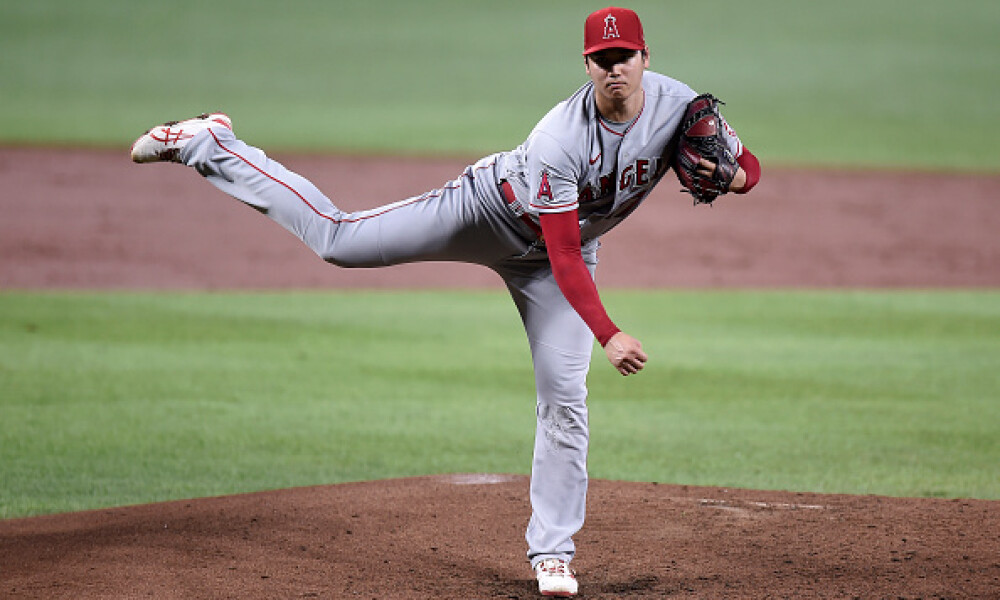 With 14 games on tonight’s slate, there are a LOT of options to choose from on the mound. I’m not sure this is a slate that has any one guy that’s high priced that you can say is a lock. The mid and value tiers is where I want to be, especially when you factor in the quality bats we want to spend up on, including a game in Coors. Since the substance ban pitchers face if they’re caught using illegal substances, offense has been up across baseball, which is why I’m more prone to take shots on cheap arms. Let’s take some shots, shall we?

Shohei Ohtani vs. TEX - This feels like a chalky spot for Ohtani, but why wouldn’t you at least consider rostering him against the lifeless Rangers? Maybe they’re not as lifeless as they were early on in August, but they’re still 22nd in OPS over the last 30 days. Ohtani has as much upside as any other pitcher on this slate because he can generate so many strikeouts. He has five or more in six consecutive outings and maintains a 29.9% K-rate on the year. There is a case for Ohtani in both cash games and tournaments.

Vladimir Gutierrez vs. DET - We're not going to let one bad start out of Gutierrez deter us from using him here, right? We shouldn’t, because he’s a great play. Over the last 30 days, the Tigers are not only 23rd in OPS but have 25% K-rate to boot. Heading into his last start, he had six or more strikeouts in four consecutive outings. Gutierrez is a big favorite in Vegas at -180. He’s viable in all formats.

Kyle Gibson vs. MIA - Gibson profiles as the perfect cash game option on this slate. The Marlins have been a dead fish, pun intended, lately, ranking 26th in OPS and 24th in wOBA while striking out 26.8% of the time. Gibson doesn’t have crazy double-digit strikeout upside, but has allowed one earned run over his last two starts and is a big favorite to pick up a win here, only adding to that cash profile. There is a nice floor against a bad offense here.

Sean Nolin vs. NYM - I know the Mets have won four straight games, but we should be taking a look at Sean Nolin in this spot. It’s not like the Mets offense has exactly woken up over this winning streak, they’ve gotten quality outings from their pitching staff. Nolin faced the Mets his last turn around the rotation and fired 5.1 IP while allowing two earned runs and striking out six. The Mets are 25th in OPS and 23rd in wOBA over the last 30 days and are striking out at a 24% clip. Nolin needs to be efficient to get deep enough into the game to factor into the decision, but I’d take a look at him in GPPs.

Nestor Cortes Jr. vs. BAL - Cortes wasn’t great his last time out, but he limited the damage and held Oakland to just three runs over his 5.1 IP. The two starts prior to his last one though? Dynamite. He won each outing, picked up a quality start in each and delivered seven punch-outs in both. The Orioles have been striking out a lot over the last month, notching a 24.6% K-rate themselves. I’d have some interest in Cortes for all formats.

Carlos Hernández vs. CWS - I’m not going to deny the fact that this is scary, but Hernandez has been all that PLUS a bag of chips recently. I’d also be remiss if I didn’t mention Hernandez has beaten the White Sox twice already this season. He’s only allowed more than one earned run in one of his last six outings (five starts). In 37.1 IP as a starter, he’s held his opponents to a .214 BAA. He’s one of my favorite tournament plays at pitcher.