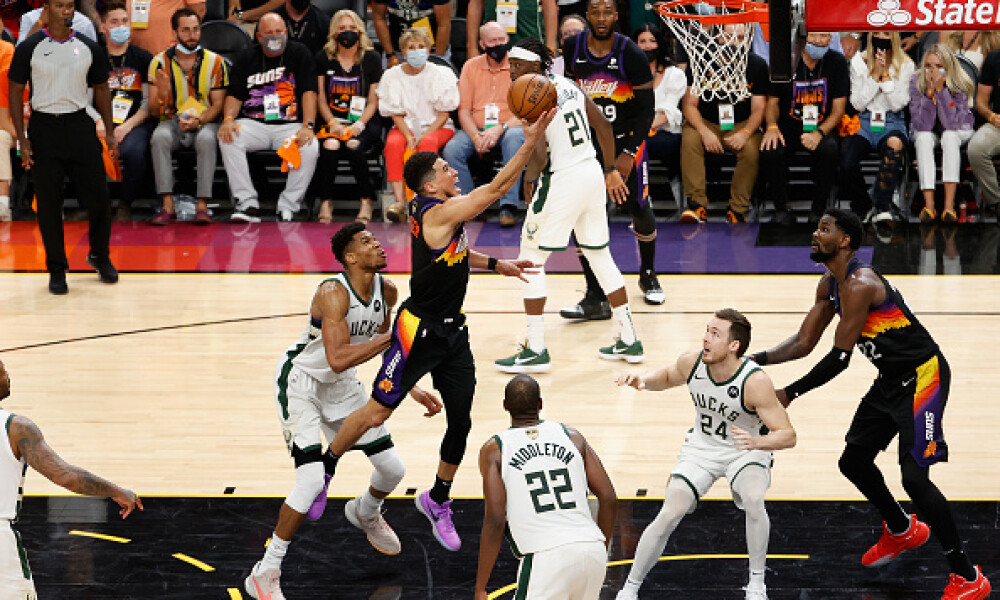 Last game broke the trend of the home team winning every game after the Bucks won their third straight in this series Saturday night in Phoenix. Besides the usual Bucks leaders Giannis Antetokounmpo and Khris Middleton putting up stellar scoring performances, Jrue Holiday added 27 points alone to go along with 13 dimes and 3 steals. The Suns took an early lead led by Devin Booker who ended up scoring 40 points and were up by 16 after the 1st quarter. Chris Paul and Deandre Ayton put up double-doubles, but it wasn’t enough as the Bucks dominated the second and third quarters and the Suns fell short of a comeback after cutting their deficit to one point with under...