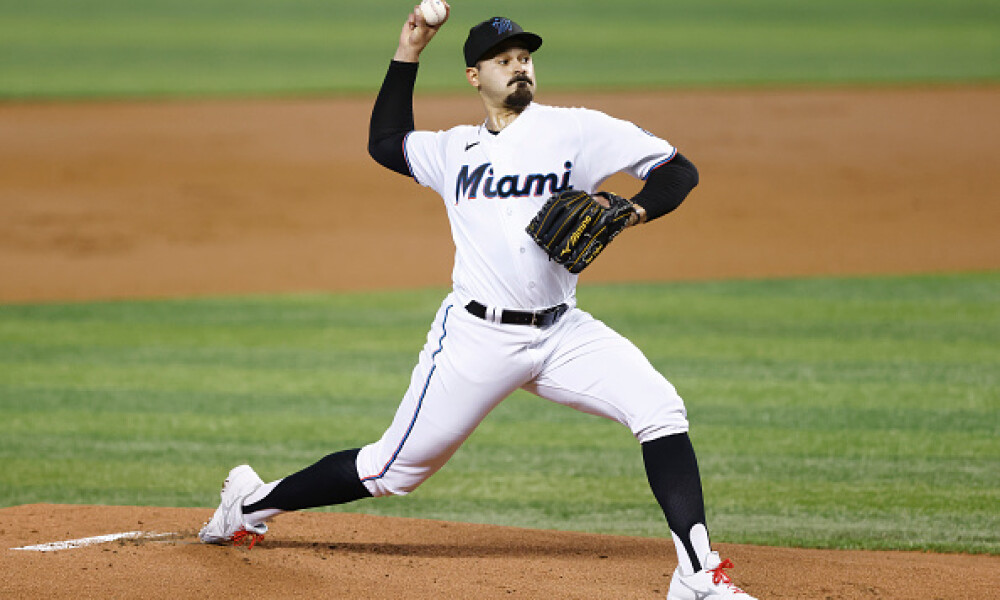 Carlos Rodon, SP CWS – Both top spends tonight are in fantastic spots with Rodon facing the Mariners and Framber Valdez facing the Tigers. I lean Rodon here because of his high strikeout upside but if I needed to save the $500 on both FD and DK tonight then I have zero issue with Valdez. Back to Rodon, over the last 30 days the Mariners have the fourth highest strikeout rate against LHP, sitting at 26.9%. On the season Seattle also ranks 29th in average and 27th in wOBA against lefties. It is also worth noting that in both these contests that weather could have an impact.

Pablo Lopez, SP MIA – Ok, so the last time I touted Lopez as a “can’t miss” play at home he got smashed by the Braves for four runs over three innings. The man was running so hot at home he eventually had to have a blip. So, that said, I am jumping back on the train. Even with that outing, he still has a 1.89 ERA over eight home starts this season with an opponent batting average of .192 against. I know the Nationals have some boppers in their lineup and right now Kyle Schwarber is about as hot as anyone in the league, but this is a pitcher friendly park and Lopez already shutout the Nationals this season over seven innings. I will run it back and hope the splits continue to be in our favor.

Chris Paddack, SP SD – Paddack has 20 strikeouts over his last two starts which is a great sign as he toes the mound tonight against the hapless Diamondbacks who rank 30th in wOBA, 26th in average and 30th in OPS against RHP this season. They also have a 24.9% strikeout rate against righties. Now, this season, Paddack has not been particularly sharp against the Diamondbacks, going 0-2 while allowing five runs on 10 hits over 9.1 innings but those starts happened back in April and the DBacks are much worse now than they were then.

Mike Minor, SP KC – GPP only play option here. Minor has settled down over his last 10 starts after getting shelled over his first five where he posted a 5.26 ERA. Since then, his ERA has sat around 4.10 and the strikeout numbers have been solid. He continues to be a workhorse, pitching into the seventh inning in three of his last four starts and having completed at least six innings in six of his last eight. This is good for those on FanDuel as he puts himself in position for the quality start bonus. Tonight, he faces a Rangers team that doesn’t strikeout as much as you would expect but they don’t really hit lefties well either, ranking 22nd in average, 27th in OPS and 28th in wOBA against southpaws over the last 30 days which are pretty much in line with their seasonal stats.

Jon Lester, SP WAS – Lester has not allowed more than two earned runs in any of his last five starts. It’s also worth noting that in two of those outings he failed to reach the fifth inning so the upside here is certainly capped. On the plus side, he did throw 100 pitches in his last start against the Mets as he went a season high six innings. If the Nats are going to let him begin to pitch deeper into games, then maybe his ceiling will rise. He faced the Marlins already this year and tossed five shutout innings in a no-decision.

Martin Perez, SP BOS – The Yankees are still not great against LHP, ranking 16th in average, OPS and wOBA and while Martin Perez is another example of a low-upside value play, he also has had some dominant performances this season like his nearly eight inning of shutout baseball against the Astros in which he had 25 DK points. Perez has gone for 20+ DK points in four starts and has had at least 16 FP in six starts this season which would certainly pay off the value price on him today.