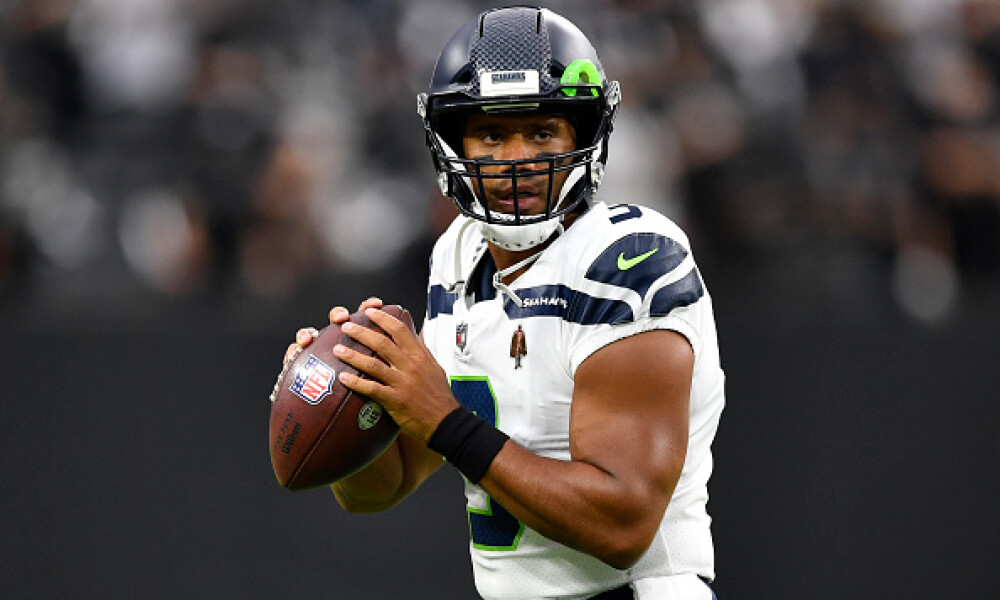 Patrick Mahomes, KC - Sure, this is a chalk play, but it doesn't make it bad chalk. In Week 1 the Chiefs get a home matchup against the Cleveland Browns. When it comes to cash game plays there are few with a safer floor level of production than Mahomes and it helps that he has a ceiling as high as any QB on the slate as well. In a home matchup against Cleveland during the playoffs, Mahomes completed 70-percent of his passes for 255 yards and a touchdown. In that game, Mahomes was injured and Chad Henne had to play the end of the third quarter and all of the fourth. I look for Mahomes to stay healthy in this one and put forth a strong performance to kick off Week 1.

Kyler Murray, ARI - We are looking at game total of 52 here in this matchup between the Cardinals and Titans. Last season the Titans defense was among the worst in football, allowing the fourth most passing yards and the second most passing touchdowns to opponents. The Cards attempted to bolster their passing offense this offseason by drafting rookie Rondale Moore in the second round and by signing veteran receiver A.J. Green during free agency to join All-Pro WR DeAndre Hopkins who is coming off a stellar debut season which saw him catch 115 passes for 1,407 yards and six scores. Of course, .Murray also brings rushing upside to the table, after running for 819 yards and 11 touchdowns last season.

Russell Wilson, SEA - Let Russ Cook! This will be a popular saying this season by many who are buying into the hope that new offensive coordinator Shane Waldron will open up the offense and let Russell Wilson throw and throw often. We saw Wilson on an MVP pace to start last season but towards the second half the offense really struggled to get going, especially with the play calling becoming rather predictable which were words used by Seattle receiver D.K. Metcalf this offseason during an interview. Seattle faces the Colts in Week 1, Indy has a solid defense but could be without starting corner Kenny Moore who was injured during Monday's practice which would be an issue as Indy looks to handle Metcalf and Tyler Lockett.

Ryan Tannehill, TEN - Opposite of Kyler Murray in this one will be Tannehill who is fresh off the Covid-19 list as the team heads into Week 1. This offseason the Titans changed offensive coordinators and brought in Julio Jones to pair with AJ Brown on the outside. The expectation is that the Titans want to throw the ball more in 2021 to take the load off Derrick Henry who nearly had 400 carries last season. Tannehill had a fantastic season in 2020, throwing for 3,984 yards with 34 touchdowns and eight interceptions. He also added seven rushing touchdowns. Now, I don't expect him to rush for touchdowns this season, that is just an added bonus, but this matchup against the Cardinals is definitely one to target because we don't know how long both Jones and Brown will be healthy enough to be on the field together this season.

Jalen Hurts, PHI - Hurts is coming off an interesting 2020 which saw him take over the starting gig and put forth some elite fantasy production before being unceremoniously benched at the end of the year which ultimately cost then head coach Doug Pederson his job. The Eagles enter 2021 with a new coach and with Hurts as the team's starting QB. In the draft the Eagles took Alabama WR and Heisman Trophy winner DeVonta Smith and he will pair up with Jalen Reagor to give Hurts some talented young targets. Zach Ertz is also still with the Eagles and coming off a strong camp. Of course, Hurts finds his value in fantasy not only coming from his arm but from his legs as he rushed for 354 yards and three scores with the majority of the production coming over the final four games of the season.

Trevor Lawrence, JAX - Lawrence was the No.1 overall pick in this past years draft and beat out Gardner Minshew for the starting job in a move that should have shocked nobody. Jacksonville actually has a solid stable of receivers with Laviska Shenault, D.J. Chark and Marvin Jones Jr. leading the way. Lawrence looked good during the preseason and he couldn't get a better matchup to open the season with Houston looking like a team destined for last place in the NFL this season.

Matt Ryan, ATL - So, the Falcons lost Julio Jones during the offseason but also used the fourth overall pick on “tight end” Kyle Pitts . They also brought in Mike Davis to be their starting running back while hiring Arthur Smith to be their head coach after he was the Offensive Coordinator for the Titans over the past few seasons. Many are worried that Smith is going to change the Falcons style of offense and run the football more but I don't buy that. Davis was a proven pass catcher last season for the Panthers in place of the injured Christian McCaffrey and they still have Calvin Ridley to go along with Pitts and Russell Gage. The Eagles defense is not very good and with Ryan being in the dome, it is hard not to like this matchup.

Jameis Winston, NO - Winston won the Saints starting job and is a fantastic price here in Week 1 in a game that will be played in Jacksonville following Hurricane Ida.  We know from past experience that Winston is a frustrating QB to watch play if you have a rooting interest in the team he plays for but from a fantasy perspective he is perfect. What you get is a high volume passing attack that throws a lot of touchdowns and will also  throw a pick or two. We saw Winston connect with Marquez Callaway during the preseason and we know the type of receiver Alvin Kamara can be as well.

Sam Darnold, CAR - Darnold was traded to the Panthers from the Jets this offseason and will now face that same Jets team here in Week 1. If you love revenge narratives you have both Darnold and Robby Anderson going up against their former team. I think Darnold is a great value, not just because of the matchup, but also because of the receiving targets at his disposal from Anderson to Christian McCaffrey, D.J. Moore, rookie Terrace Marshall and tight end Dan Arnold. Yes, this offense is going to focus around CMC, but I think Darnold could put up a multi-touchdown game here as well.

Mac Jones, NE - Listen, yes, I am a Patriots fan, but that is not what this is about I promise. Jones is FREE across the platforms because the pricing for DFS Week 1 came out a month ago when nobody expected Cam Newton to be cut. Jones is the cheapest starting QB on the board at $4,400 on DK, $6,200 on FD and $21 on Yahoo. Truthfully, I'm not 100% sure what to expect from Jones in his regular season debut. I expect the Patriots to run the football a lot with Damien Harris to set up the play action for Jones to make some easy throws but understand that it won't take much for Jones to exceed value here in this matchup as long as he doesn't turn the ball over. If we get even modest passing totals with a touchdown he will pay off the price tag and these extreme savings can be used to get you a lineup with two top priced players. Only worth using if entering a mass multi-entry GPP contest.

Justin Herbert, LAC - There is a lot of excitement around this Chargers offense heading into the year and I do think there are going to be plenty of weeks where Herbert could land in the top tier options at the position but his week is not going to be one of them. We have a west coast team traveling east to face the leagues best defense in the Washington Football Team. The front seven of Washington can wreak havoc and lead to turnovers and poor performances. Just too much of a risk for me.

Baker Mayfield, CLE - Every season it feels like we talk about how the breakout season for Mayfield is coming and this matchup against the Chiefs could certainly be tempting given the slate high 53-point total but this offense is going to rely heavily on the running game with Nick Chubb in an effort to control the clock and keep Mahomes off the field. It's not that I don't think Mayfield will throw the football, I even like Jarvis Landry and Odell Beckham Jr., I just don't think this is the matchup for him to be successful.