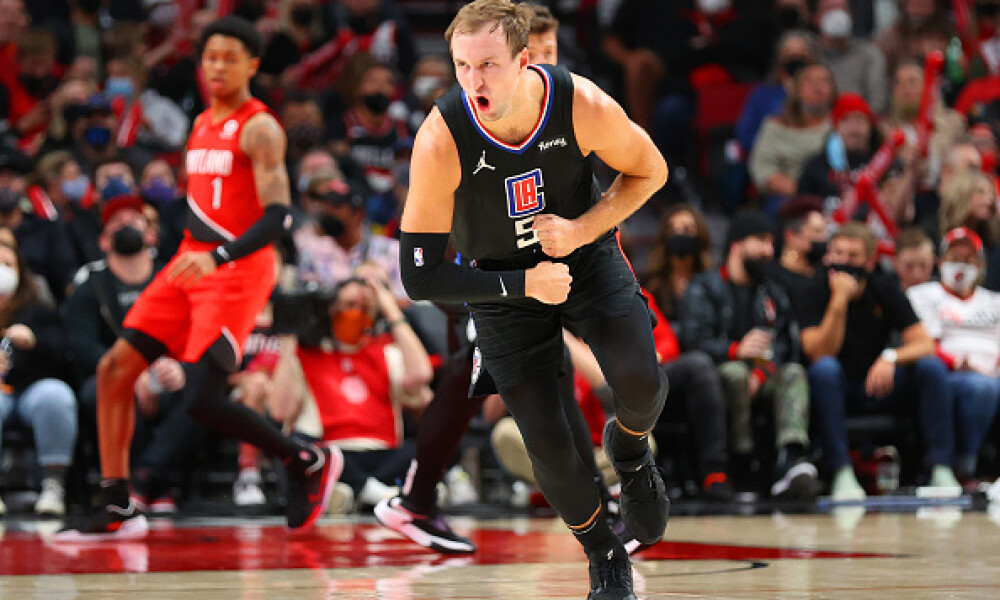 What's going on everybody? We have a solid nine games to kick off today's NBA DFS main slate! There is already some big news with Joel Embiid being ruled out and Scottie Barnes being downgraded to doubtful that will certainly make some value plays pop on tonight's slate!

Andre Drummond, C PHI - I just wanted to get this one out of the way. With Joel Embiid ruled out the most popular center on tonight's slate is going to be without a doubt Andre Drummond. With Embiid off the floor, Drummond is averaging 1.42 FP/Min this season and has put up double-digit rebounding performances in limited playing time. I think we should expect at the very least 25-28 minutes from Drummond tonight in his matchup.

Nicolas Batum, PF LAC - Batum played 26 minutes against the Blazers the other night and put up 20 FP. The game before he dropped 26.8 FP over 32 minutes. We saw both the highs and lows of his scoring ability in these games and the reality is he is likely somewhere in between. Give me another 25-to-30 minutes and we should be locked into a fantasy point per minute player.

Luke Kennard, SF/SG LAC -  Good value here on Kennard who has played over 30-minutes in two straight games. I like him more on DK where you get the bonus for three-points shots because this is pretty much exclusively what Kennard takes, having attempted 19 threes over the last two games. If he gets hot and those start to fall you get the game like we saw against Portland three nights ago where he goes for 37 FP and crushes his price tag.

Shake Milton, PG PHI - As discussed in the Fantasy Alarm Discord NBA channel today, Milton has a very good usage rate with Joel Embiid off the floor dating all the way back to last season. Now, the role for Milton is not the same as it was last season HOWEVER, he did play 19 minutes the other night against ATL and has gone over 20 FP in both games he has played since returning to the lineup. All he has to do is keep doing what he is doing and we get 7x return on his price tag. If he plays more minutes then a 10x night isn't out of the question.

Chris Boucher, PF/C - TOR - Boucher has played 18 minutes in three straight games for the Raptors. Scottie Barnes has been downgraded to doubtful for tonight's matchup. This could lead to a possible start for Boucher tonight if not at the very least a few more minutes head in his direction. He is a good value across the board but I like him on FanDuel where you get the extra points for blocks and steals.

Seth Curry, SG/PG - PHI - Joel Embiid being out of the starting lineup is going to shift the dynamic of the offense around tonight for the Sixers here against the Blazers. While Drummond is a high fantasy point per minute player, he does not demand the ball like a Joel Embiid does. I think Tobias Harris gets a nice bump but I also can see Seth Curry take more shots than usual in this one as well. The matchup is also a good one for Curry with Portland's struggles against the guard position.