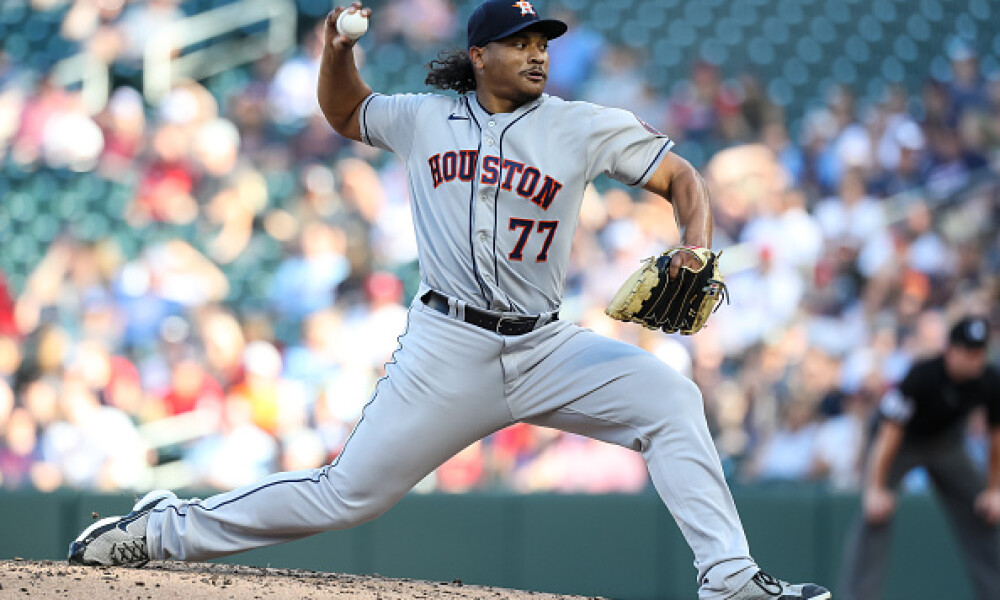 Walker Buehler, LAD – Buehler is having a fantastic season with a perfect 7-0 record, a 2.38 ERA, and sharp 0.90 WHIP. He only has 88 strikeouts across 90.2 innings of work, which limits his ceiling a bit, but he is coming off an outing in which he struck out 11. He has gone at least six innings in ALL 14 of his starts this season, which is pretty great, especially since he has given up two runs or less in 11 of them! He faced the Cubs earlier this year and pitched well, firing six innings of two-run ball while striking out eight. The Cubs have the sixth highest strikeout rate in baseball this season at 26.0-percent and that number jumps to 29.3-percent over the last 14 days, which is the highest rate in the entire league! In that span they are hitting just .173 as a team which is the lowest in the league and is .024 points lower than the next closest team. The Cubs only average 3.86 runs per game on the road this season, which is a massive drop-off from the 4.77 they average per game at home. This is a great spot for Buehler to be lights-out and dominate.

Jose Berrios, MIN – Berrios is having a nice season with seven wins, a 3.56 ERA, 3.57 FIP, and 1.09 WHIP while striking out 89 across 83.1 innings of work. He has at least six strikeouts in six of his past seven starts and has gone at least five innings in 11 straight outings. He faced Cleveland earlier this season and had a solid line, firing 5.2 innings of two-run ball while striking out three. His upside at home has been higher though as he has a 10.9 K/9 in Minnesota this season, compared to an 8.3 K/9 on the road this year. The Indians offense has been struggling over the past few days too, as they are averaging just 2.50 runs per game over their last four games after being held to just one run by Hendricks and the Cubs bullpen in their last game. With that being said though, if I am spending up, I would prefer to pay a little bit more and roll with Buehler.

Luis Garcia, HOU – Garcia is having a great season with five wins, a 2.82 ERA, a 1.07 WHIP, and 80 strikeouts across 70.1 innings of work. He has at least six strikeouts in five of his past six outings and at least five strikeouts in nine of his past 10. He faced the Tigers earlier this season as a reliever and was incredible, firing 4.1 shutout innings while striking out seven! A high strikeout rate against Detroit isn’t shocking though considering the Tigers have the highest strikeout rate in baseball this season with a mark of 27.3-percent. The Tigers average just 3.96 runs per game this year, which is 25th in the league. There is plenty of upside here and there is a really good chance that the Astros win this game.

Chad Kuhl, PIT – Kuhl is coming off his best outing of the season, firing six innings of one-run ball while striking out four. He will have a good chance to keep that momentum going today when he takes on an offense that has struggled. St. Louis averages just 3.93 runs per game on the year, which is 26th in the league. The Cardinals are hitting just .197 as a team over the last 14 days, making them one of just two teams (the Cubs being the other) under the Mendoza line in that span. Not only are they not hitting, but they are scoring either, as their six home runs and 28 runs scored in that span are both the lowest marks in the league! Over their last three games they are averaging just 1.33 runs per game, failing to score more than two runs in any game.

My top combo today is a chalky one in Buehler and Garcia, but it offers a nice floor with a ton of upside. There are plenty of value bats to make it work too.