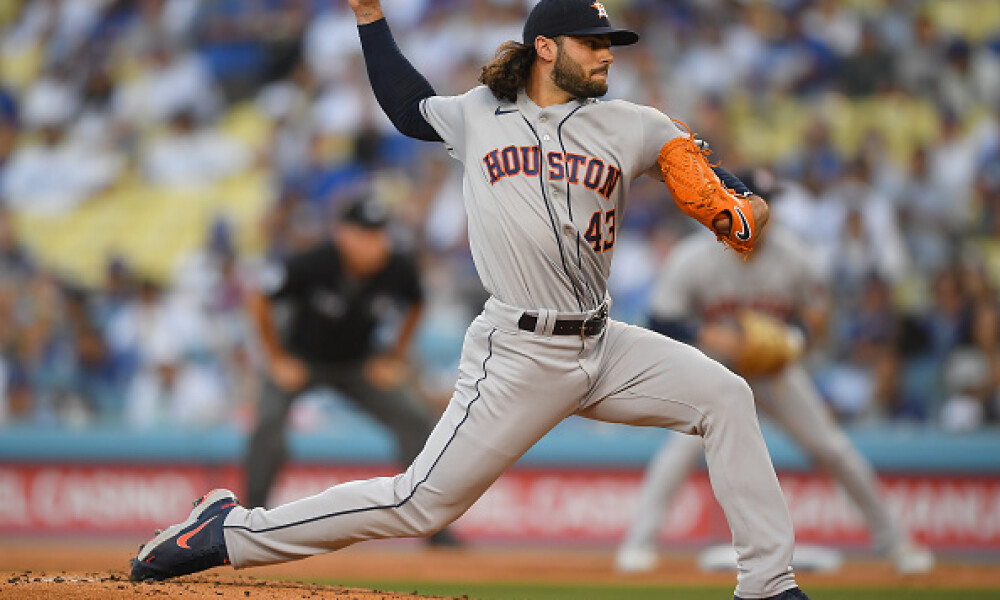 Zack Wheeler, NYM – Wheeler is having a great season, averaging 23.3 points per game on DK with nine wins, a 2.57 ERA, 2.49 FIP, 1.03 WHIP, and leading the NL in strikeouts with 170 while leading the MLB in innings with 147. He has been incredible at home this season with a 2.22 ERA, 0.88 WHIP, and 10.6 K/9, compared to a 3.10 ERA, 1.28 WHIP, and 10.1 K/9 on the road. In his last start against the Mets he tossed seven shutout inning while striking out eight and snagging the win. That shouldn’t be all that surprising either considering they rank 28th in runs per game this season with an average of 3.78 and they are 27th in runs scored over the last 7 days with a total of 20. Wheeler is the top play on the slate without question.

Lance McCullers, HOU – McCullers is having the best season of his career with a 9-2 record, 3.02 ERA, and 124 strikeouts across 104.1 innings pitched. This season he has been a better on the road than at home, but for his career he has a 2.65 ERA and 1.10 WHIP at home, compared to a 4.58 ERA and 1.42 WHIP on the road, so while he may be a bit better on the road this season than at home, he’s clearly very comfortable pitching in Houston. The Twins have the eighth highest strikeout rate over the last 7 days at a 25.1-percent clip. I like McCullers today, but he’s more of just an alternative play to Wheeler if wanting to be different in my opinion.

Max Fried, ATL – Fried is in a groove. He is coming off a great outing in which he threw six shutout innings with seven strikeouts and picked up the win. Over his last four starts he has a 2.16 ERA, .211 BAA and 29 strikeouts across 25 innings of work. He has also been far better at home this season with a 3.14 ERA and 1.12 WHIP, compared to a 5.09 ERA and 1.52 WHIP on the road. This is probably the worst matchup of anyone listed here today though, so I would consider him more of a GPP play of someone who is in a groove, but I would lean elsewhere.

Zach Plesac, CLE – Plesac has not pitched all that great this season and has been a bust in fantasy, BUT he has pitched great in this matchup this season. He has faced Detroit twice this season and racked up 13 innings with just two runs against (a 1.38 ERA), 10 strikeouts, and a 0.85 WHIP. He has also been far better at home this season with a 4.02 ERA, 1.02 WHIP, and 6.3 K/9, compared to a 5.40 ERA, 1.30 WHIP, and 4.5 K/9 on the road. He should be able to pitch well against the Tigers once again today; they have the second highest strikeout rate over the last 7 days with a mark of 28.8-percent and they are 25th in runs scored in that same span.

Luis Gil, NYY – Gil made his MLB debut last week and he was incredible, tossing six shutout innings with six strikeouts and picking up the win against Baltimore, good for 26.5 points on DK. He is super cheap and for an SP2 I’ll take my chances on a guy with that type of upside, especially one that is facing Seattle. The Mariners rank 20th in runs per game this season with an average of 4.21 per contest. Should you use him expecting a repeat of his last outing? No, but that upside is there and if he goes something like five innings, two runs, five strikeouts, with a win, that would be great at this price tag and that isn’t that unreasonable to expect against Seattle.