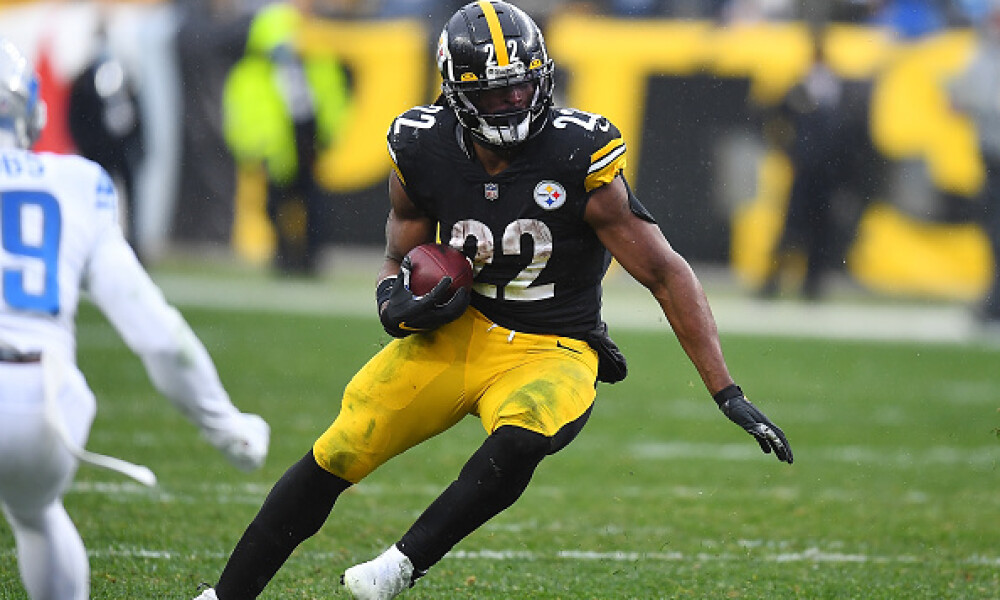 Christian McCaffrey, CAR – We have a slate with CMC not being the highest priced back, which feels weird but also makes sense with how absurd Taylor has been. CMC had another great game as he finished with 24.9 points as he rushed 10 times for 59 yards and caught seven passes for 60 yards and a score. I love CMC and how consistent he is. His mix of the high floor with high ceiling is amazing, regardless of if you’re playing cash games or GPPs. I like this matchup with Miami and I expect another strong day at the office for him.

Najee Harris, PIT – Harris is having an incredible season; he has scored at least 16.8 points in NINE straight games. He hasn’t really flashed much slate-breaking upside, but he has been very steady and producing at a high level. He gets high volume both on the ground and through the air and is a true bell-cow back in a time where there aren’t many of those. He should be able to keep the good times rolling in Week 12 when the Steelers take on the Bengals in what is a good matchup for backs. You can expect another heavy dosage of work and probably another game with 20+ points for Harris.

James Robinson, JAX – Robinson only managed 29 yards on 12 carries in Week 11 as the Jags were completely dismantled by the 49ers, and yet he still scored nearly 12 fantasy points as he found the end zone and caught a pair of passes. He now has seven rushing touchdowns in nine games this season and has at least three receptions in five games. He probably won’t be the reason you win a slate, as the Jags offense is abysmal and limits his ceiling, but he has produced on a consistent basis and his price tag is very reasonable. On top of that, the Jags have a great matchup with the Falcons in a game that should be one of the rare situations where the Jags don’t get blown out.

A.J. Dillon, GB – Dillon should draw another start this week while Jones is on the shelf (assuming he is. If Jones does play, I would no longer have interest in Dillon). He drew the start last week and did solid, finishing with 15.7 points despite not finding the end zone as he rushed 11 times for 53 yards and caught a career-high six passes for 44 yards. This matchup with the Rams is very middle of the pack, which is fine. He should be able to get enough volume (I would assume at least 15 touches) to be able to pay off this reasonable price tag.

Miles Sanders, PHI – The Eagles finally committed to the ground game a few weeks back and it continued with Sanders making his return last week as he rushed 16 times for 94 yards. The downside is that he caught zero passes (only one target) and didn’t find the end zone, but the important part is that he got the ball; the 16 carries were a new season-high for him. He should get the ball a ton this week once again and this time he has a much better matchup too as the Eagles take on the Giants. Sanders is really cheap and I wouldn’t be surprised to see him garner a pretty solid ownership percentage.

Myles Gaskin, MIA – Gaskin has had the weirdest of seasons. On odd number weeks (six games) he is averaging 18.0 points per game and has scored double-digit fantasy points in every one of those games. On even number weeks (five games) he is averaging just 5.3 points per game and hasn’t scored double-digit points in a single one of them. Now, that’s probably just a weird coincidence that we don’t need to factor in, but if the trend continues… a Week 12 struggle is on tap. However, my real reason for fading him this week is the fact that Miami plays Carolina and the Panthers currently rank as one of the toughest/worst matchups for running backs this season. Look elsewhere.