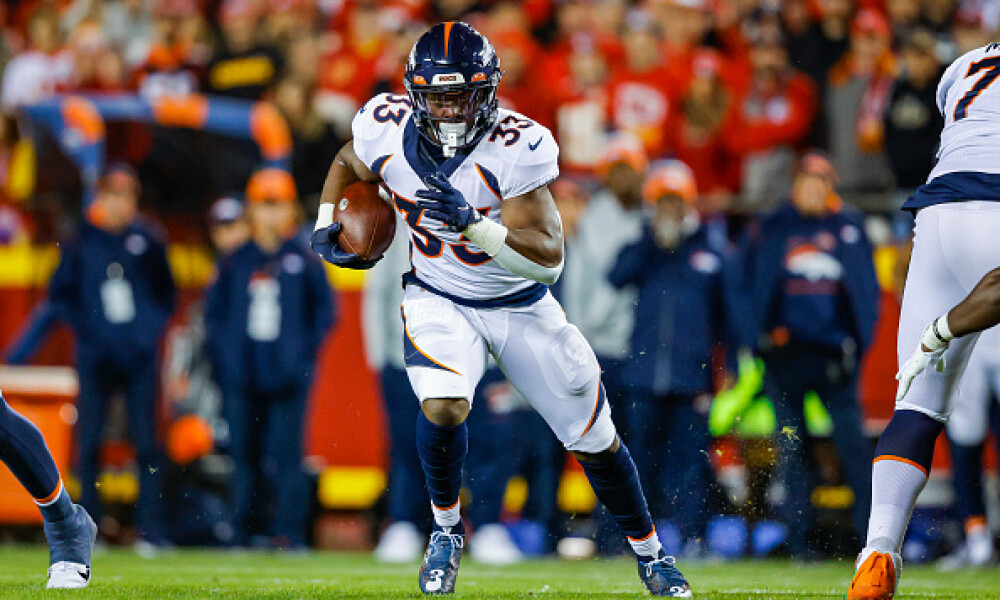 Austin Ekeler, LAC – Ekeler fumbled twice last week and yet he still scored 19.4 points. He has at least three receptions in every single game since Week 1 and double-digit carries in every single game since Week 8. There is not a single back on the slate that averages more points per game this season than what Ekeler does and on top of that he gets a great matchup with the Giants. The price tag is a bit pricey though and with some solid mid-tier options on this slate, I don’t know how much exposure I’ll have to Ekeler, but if spending up, this is the direction that I would go.

Clyde Edwards-Helaire, KC – CEH is coming off back-to-back meh games, in which he was OK scoring 15.6 and 11.2 points, but far from spectacular. The important thing for me though is that he got up to 17 touches this week (had 14 in Week 11) and still did solid despite not finding the end zone. He has a good matchup this week with the Raiders and the Chiefs offense should have no issue scoring a solid chunk of points against them (I mean they did already score 41 points against them earlier this season after all). I expect CEH to get solid usage in this game and I expect him to find the end zone at least one time en route to a strong game.

Antonio Gibson, WAS – Gibson is finally getting the bell cow type usage that we have been waiting for as he has 95 carries over the past four games (an average of nearly 24 per contest) and he has 13 targets (12 receptions) over the past two games. He has scored at least 20 points in three of the past four games, despite only finding the end zone once total in that span, so there is the opportunity for a big ceiling game if he can score a TD or two against Dallas. The matchup isn’t fantastic, but as long as he is getting this type of volume (especially the huge boost in the passing game) he should have no issue hitting value at a pretty cheap price tag.

Javonte Williams, DEN – Williams smashed in the starting role last week with MGIII out of action as he rushed for 102 yards and caught six passes for 76 yards and a touchdown to finish with 32.8 points. There is a pretty good chance that Gordon returns this week, but with the Broncos taking on the Lions, would there really be a need to give Gordon a ton of work? Especially with Williams playing so well last week (and the whole season)? I don’t think so. I expect Williams to get a lot of work and there isn't really a better matchup than the Lions. He should be able to hit value this week and if Gordon sits out once again, Williams will become the play/chalk of the week.

D'Onta Foreman, TEN – Going to try this again, so hopefully it doesn’t burn us again. We broke him down in Week 11 when it seemed like he would be the lead back and then he barely got used, but then he racked up 19 carries and 20 total touches in Week 12 (and played well, racking up 112 yards), so we have to once again assume he is going to see the ball a lot. So, seeing the ball a lot? Hopefully check. A cheap price? Check. A game that looks like it will be a positive game script for him? Well they’re playing the Jags, so… check. This is a great matchup for him and he should be able to hit value with ease. This is looking like a spend-down type of week for me at the RB position with some of the top plays being in the mid-tier.

Chuba Hubbard, CAR – No CMC and I still want to fade Hubard against the Falcons? Yes. When CMC was out earlier this season we didn’t see anything from Hubbard that makes me think he will be a great play, especially at this high of a price tag. On top of that, you have a terrible QB in Cam Newton, who runs around more than doing anything else and will take all the goal line possibilities away from Hubbard, giving Hubbard low-TD upside. Lastly, we also have Ameer Abdullah, who is seemingly getting just as much (if not more) work than Hubbard is getting at this point. There is really just nothing to like about Hubbard for DFS this week.