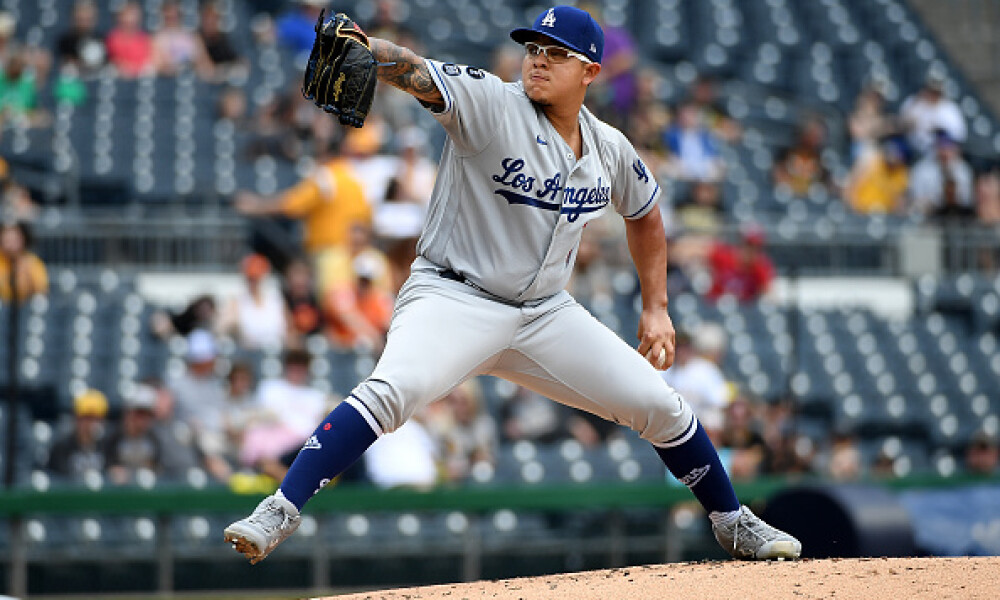 It’s a tidy six-game main slate tonight with the only real weather concern being in Baltimore for the Astros-Orioles game but we weren’t really looking at for pitching anyway as neither Jake Odorizzi or Keegan Akin are in ideal match-ups to begin with.

Yu Darvish, RHP SD - Darvish is facing the Dodgers for the third this year but in the last two starts he’s posted a 1.29 ERA in 14 innings with a 0.71 WHIP and 18 Ks. While the Dodgers are on a hot streak right now, they’ve been one of the best offenses in the NL all season and Darvish has still shut them down. They have the lowest strike rate in the majors the last two weeks versus RHPs at just 17-percent but again, Darvish is an ace for a reason and has proven that in past match-ups with the Dodgers.

Julio Urias, LHP LAD - The Padres just haven’t been hitting lefties recently. It’s the same thing we said when playing Austin Gomber against them last week in Coors and late last week too and it’s still the case now. Urias hasn’t faced the Padres yet this year but on the road, the Dodgers’ lefty has been better on the road with a 2.72 ERA and 0.77 WHIP and 51 Ks in 43 innings. Several of the key hitters in the Padres lineup are hitting sub-.200 against southpaws.

Tyler Mahle, RHP CIN - Mahle gets the Twins in Minnesota but the Twins have been up-and-down of late with a 24-percent K-rate against RHPs and on the road, Mahle has been excellent this year. In nine starts, the righty has posted a 1.63 ERA and 0.95 WHIP and 59 strikeouts in 49.2 IP. He might get overlooked simply because the Twins offense still tends to scare people but the underlying numbers suggest he’s still a good play.

Aaron Civale, RHP CLE - Civale is facing the Cubs at the right time as they’ve been striking out nearly 30-percent of the time against RHP the last two weeks and have been below-average in wOBA and wRC+ with .276 and 75 marks respectively. Civale has been up-and-down in the last five starts, but against struggling offenses though he’s been very good against Seattle and Detroit. With the wind blowing in at Wrigley Field that also helps.

Kyle Gibson, RHP TEX - Gibson has been phenomenal over the last 10 games with a 1.68 ERA and 0.93 WHIP over 64.1 IP. In home games this year as well he’s been spectacular with a 0.96 ERA and 0.91 WHIP in six starts. While Gibson may not strike out a ton of guys, he does strike out a decent amount and Oakland is striking out about 24-percent against RHPs the last two weeks.