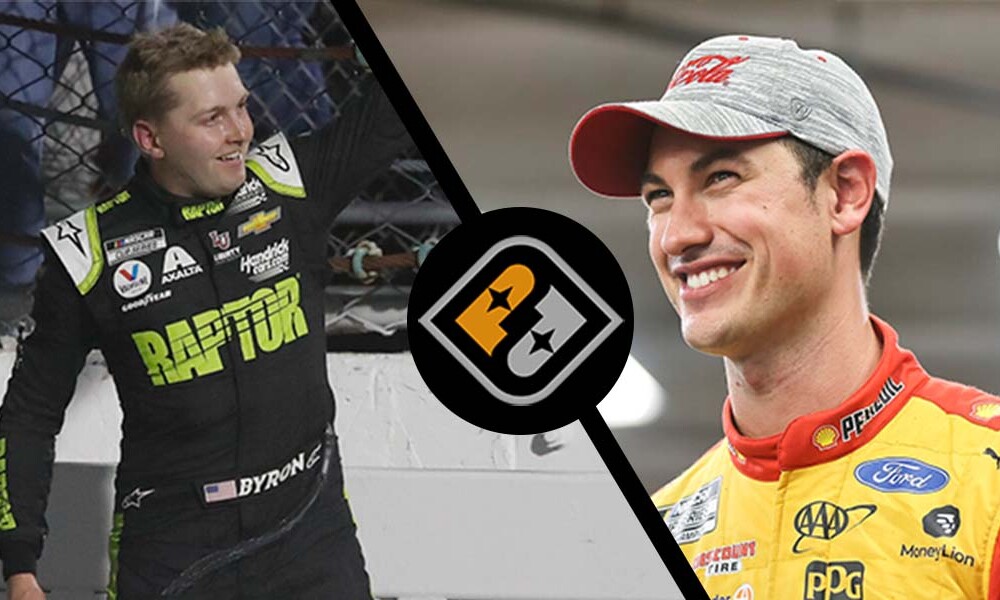 Dover. The only time this season the Cup series will make a trip to the Monster Mile. The Drydene 400 has some very interesting plays for prop bets on PrizePicks with how qualifying turned out. In general, this is a track that can be tough to pass at and where laps led can be racked up fairly quickly given the speeds they carry around the 1-mile surface. If you’re looking for data to back up the props given below, check out the DFS Track Breakdown, the playbook for Dover, and the DFS Projections.

Remember that PrizePicks scoring this year is nearly identical to DraftKings.

Byron is starting in the rear of the field this week due to a wreck in practice. That gives him a ton of PD upside and thus, a ton of scoring potential. While he’s coming up through the field he’ll lay down some fast laps as well. That will help boost the scoring. If he gets 5-10 fast laps and finishes P10 or better, which we expect given the speed in the car and how Hendrick has done here in the past, he hits this bet with ease.

So we’ve got the fastest guy in practice on the long run staring in the top-five on a track that track position matters a ton. What’s not to like? Larson leads the field in laps led over the last five Spring races here with well over 100 on average. That sets up well to hit this over. We don’t need him to lead quite that many to hit the over though if he moves up a few spots as well, which he’s capable of doing fairly easily.

Buescher locked down his first career Cup pole yesterday and oh what a track to do it at. Being up front at a track like this gives him the upside to stay in the top-10 all day and lead laps early as well. IN terms of DFS scoring on DK, the pole-sitter here, in races with qualifying, has averaged 48.28 points a race over the last five Spring races. That’s more than enough to hit this prop. Not to mention that Buescher’s car seemed to drive the low line at practice and qualifying better than anyone in the field which gives him an advantage to hold the lead.

Logano has been decent this year but not great. Sure, he’s got seven top-10s in 12 races but, all but one of those top-10s have come from him starting inside the top-10. Logano did run several spots faster at practice than where he qualified, but not nearly fast enough to play for the over here. Not to mention that his average finish in the last five Dover Spring races is 14.4 which is about where he ran at practice and he qualified P22. To hit the over he’d have to finish P8 or better and while he’s done that twice here, he only managed that when starting P9 or better.

So if we’re playing Byron to hit the over on nearly 60 FP, we need him to move up right? That’s exactly what we need him to do. Moving up 23 spots means a top-10 finish which he’s fully capable of doing. I hear you saying, but if we’re betting Logano to hit the under while moving up from P22 why do we like Byron moving up more from further back? Byron has a better pedigree at this track and this season and a better team at this track. Not to mention that Martin Truex Jr. in 2019 won after having to start in the rear due to inspection failures.

This one is a pretty easy prop to bet the under on given what we’ve said about Logano’s chances of moving up. To hit this prop he’d need to finish P8 with two fastest laps or P7 or better. His long history of so-so finishes when starting outside the top-10 this year and at this track in previous years suggest this is a hard point total for him to go over.