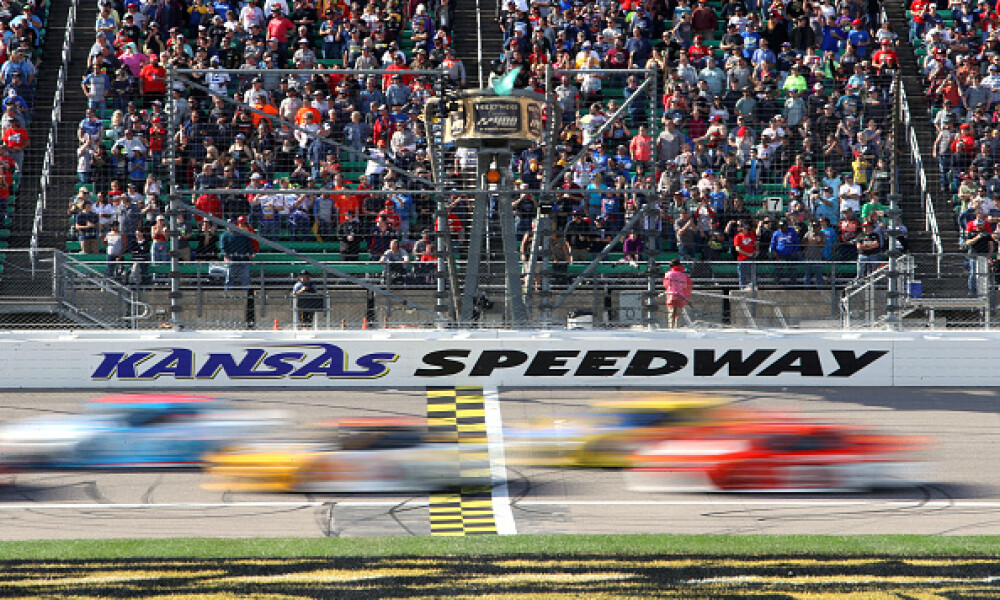 After the chaos that was Darlington and the controversy between Joey Logano and William Byron, it’s time for Kansas. It’s the Advent Health 400 for DFS this weekend and my favorite 1.5-mile track is the host. The intermediate track located just outside of Kansas City has some interesting strategies and track histories for it being an intermediate track. Let’s start delving into the driver averages, schedule, and track facts for the Advent Health 400 at Kansas Speedway.

With intermediate races, like this one, come the hunting for laps led. That’s typical for this style of track. What’s not typical for here though, is the passing that happens. On average, there are nearly 12 drivers a race in the last five races here to move up at least six spots. What’s more? On average there have been seven drivers to post double-digit Position Differential in that same span. Typically we don’t think of 1.5-mile tracks as producing good conditions for passing, but Kansas isn’t your typical mile-and-a-half. Nearly 36-percent of the top-10 finishers in the last five races have started from outside the top-12 as well. How is Kansas also not a typical intermediate track for DFS? There’s typically been more splitting of laps led in the last five races. Of the 267 laps in the normal race at Kansas, 162, on average, are led by the drivers starting in the top-five of the grid. However, in two of the last five races we’ve seen no drivers lead 100 or more laps. So, when all is said and done, we’re looking for drivers who can finish highly, move up several spots, and two laps led drivers.

This weekend we get a return of the two-day show at Kansas. What does that mean? Everything is compressed into two days of on-track time. Practice and Qualifying will be on Saturday afternoon starting at 5:30 pm ET. The race will start at 3 pm ET on Sunday. With this condensed schedule comes impounded cars after qualifying. If a team makes changes to the car after qualifying, they’ll drop to the rear but they will still be scored from where they qualified.

This track is one of the newer ones on the schedule, though that means it’s from the early 2000s. It was repaved after several years and it’s now been several years following the repave and reconfiguration. This is one of the intermediate tracks with progressive banking in the corners. What does progressive banking mean? Simply, that as you go from the apron toward the wall, the banking gets steeper in each groove. That creates more grooves for racing and more strategies for how to pass and move through the field. It also means that a car that can’t race in one of the grooves might be in a tough spot later in the race when they have to defend a move. The tracks that compare to Kansas are generally considered to be Auto Club, Las Vegas, Homestead, and even Dover. Those are the tracks where average running position correlate best to Kansas for predicting results. The other thing to keep in mind is that the aero package on the cars this year compare very nicely to what’s been on the cars here since 2016 and thus, the results from those races can still be weighed just fine for driver averages.

The table below shows the number of drivers to reach each stat-type over the last five Kansas races with Race 1 being the most recent.

The DFS Scoring Table: Race 1 is the most recent race in the sample size with Race 5 being the earliest. We are using the Last 5 Kansas races for the data.

The Similar Races table: The data is comprised of stats from the last 13 races at Auto Club, Las Vegas, Kansas, Homestead, Dover, and Darlington.

The Weekly Track Stats Table: The stats are based on every race at Kansas since 2012 based on starting spot regardless of the driver in that starting spot.