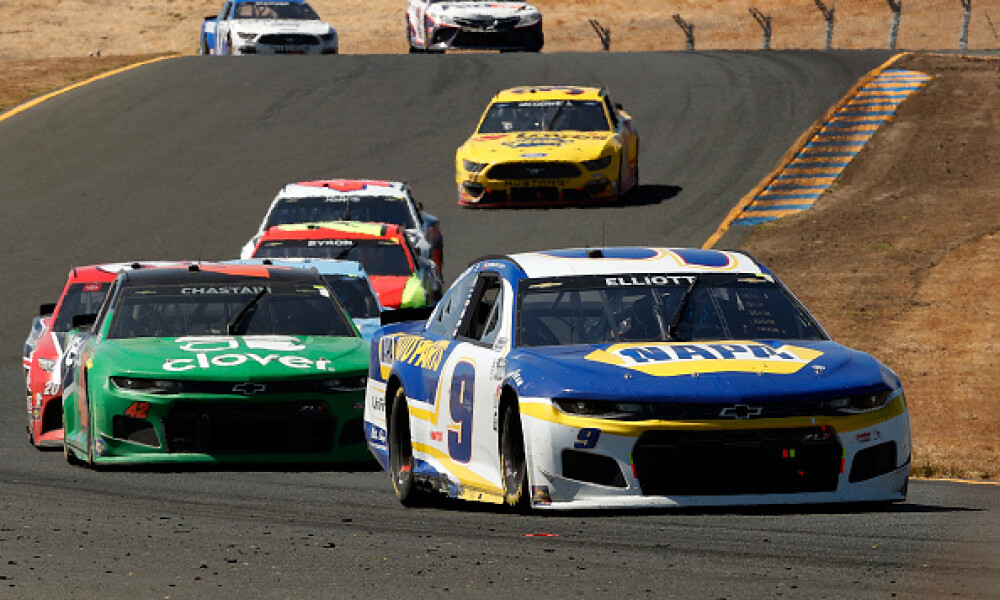 The summer part of the NASCAR Cup Series schedule is upon us with a trip to Sonoma Raceway. The Toyota/Save-Mart 350 is the second road race of the year for the Cup series. It’s back to it’s traditional layout around Sonoma as well. That’s right they got rid of the Carousel section of the track this year and went back to the Chute. The racing has been tighter and better in the Chute with more chances for passing, hence the decision. As we start researching for the DFS weekend, we’ll look at Toyota/Save-Mart 350 DFS strategy, Sonoma track facts, track layout notes, Goodyear tire notes, and all the Driver Averages we can handle.

Road course racing is an interesting one for NASCAR DFS. It’s a bit of a different strategy compared to what we used the last several weeks at intermediate tracks. The shorter number of laps means that laps led aren’t as much of a differentiator as with intermediates — though they still matter. In general, it’s about nailing finishing position and position differential. We want guys that are starting close to the front, though not for the entire lineup. Over the last five races at Sonoma, 44-percent of the top-10 finishers have started outside the top-12 and more than five drivers a race move up double-digit spots. With the track changing layouts this year, there are 20 more laps in the race with 110 in total.

Over the last few years, we’ve seen a longer Sonoma Raceway layout as they included the Carousel part of the track. That’s gone, again, this year. Instead we get a 12-turn, 2.17-mile layout. It’s not just a flat layout either. There is quite a lot of elevation change in the lap. The front half of the track climbs up a hill, over turns, from the start finish line to the entrance of the Chute section. The rest of the lap heads down hill through the esses and the backstretch before getting to the tight, 180-degree u-turn that is Turn 11. We will see a lot of moves made in Turns 2 & 3 along with the esses and then the famed Turn 11. This is one of the more technical road layouts on the schedule and it’s also the shortest lap as well.

It’s a first for the Cup series this year with regard to tires. They will be running the same tire, though with two different codes, on all for corners. The different codes helps the treading and beveling be custom to those corners of the car. What does this mean for us? Well, we’ll have to see how they behave in practice and qualifying because they are designed to have thicker treads, but there are no team notes on what to expect. The curbing at Sonoma might also wreak havoc on the tires as well if the PSIs aren’t set right.

Facts To Know This Week

The table below shows the number of drivers to reach each stat-type over the last five Toyota/Save-Mart 350 races with Race 1 being the most recent.

The DFS Scoring Table: Race 1 is the most recent race in the sample size with Race 5 being the earliest. We are using the Last 5 Toyota/Save-Mart 350 races for the data.

The Weekly Track Stats Table: The stats are based on every race at Sonoma since 2012 based on starting spot regardless of the driver in that starting spot.