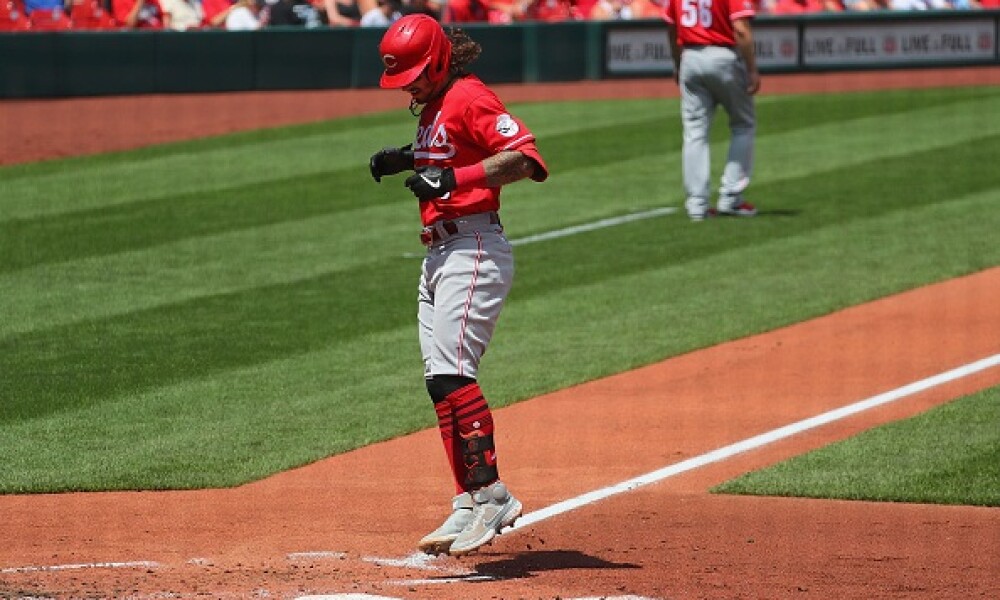 Happy Monday! We have a nearly full slate tonight (13 games) and of course, there’s plenty of value to be had! There’s a few guys with good BvP data, some other hitters that are underpriced and overproducing, and one pitcher in particular that is egregiously priced on both sites! If you want to save on pitching, I have the arm that you need to consider, and if you spend up at pitching, there’s plenty of bats below to help you come in under the cap. Keep an eye on the weather, as there is some rain around, but without further ado, let’s get into today’s Value Vault!

Odúbel Herrera, OF PHI ($2,900 FD/$3,200 DK) - Tony Gonsolin had some issues with his command in his last outing, but I’m riding with Herrera because he’s white hot. He has three straight multi-hit contests and he’s hitting .333 with a .981 OPS in the month of June. He’s hit safely in 11 of his last 13 games, and in four of his last five road contests in particular. I’m not sure I’d go with a full Philadelphia stack, but Herrera is as hot as they come, and should find a way to get on base a couple of times tonight.

Vladimir Gutierrez ($7,100 FD/$6,900 DK) - The Brewers offense is rather sporadic, even with Christin Yelich in the lineup. For the 2021 season as a whole, they are hitting .212, besting only the Seattle Mariners. Milwaukee is hitting .209 at home, which is second-worst in all of baseball, and they rank the same against righties specifically. Only five teams strikeout more against righties than the Brewers, which should help Gutierrez’s average at best strikeout numbers. It is worth noting that the Cincinnati right-hander faced Milwaukee less than a week ago, and he struck out seven batters acros seven innings, allowing just two earned runs. He’s the 13th-most expensive starter on FanDuel, and 16th on DraftKings.

Ke’Bryan Hayes, 3B PIT ($3,000) - Hayes has had an incredible rookie season. He’s hit lefties to the tune of a .400 batting average, and an even more impressive .577 wOBA. Jon Lester is going to be popular today, because he’s cheap and facing the worst team in baseball, but righties have given Lester some fits, and Pittsburgh has some guys that can get a couple singles against lefties. Lester has served up a .304 average and .377 wOBA to right-handed hitters, and if anyone from Pittsburgh will make Lester pay, it’s the rookie third baseman Hayes.

Patrick Wisdom, 3B CHC ($2,900) - Wisdom has three home runs in just 20 at-bats against southpaws this year, and he’s destroying them. Overall, he’s 7-for-20 against the left-handed variety, and should find himself near the middle of the order in this matchup against David Peterson. The New York southpaw struggles more against lefties, but righties still have a .366 wOBA against him this year. There’s some weather concerns here, but should the weather clear, Wisdom is an integral part of a Chicago stack. If you have the extra funds, and Wisdom is in your utility spot, bump up to Anthony Rizzo, as he has a dream matchup here, too.

Jonathan India , 2B CIN ($2,700) - India is going to hit atop the Cincinnati lineup against Milwaukee’s Eric Lauer, who has allowed a 6.19 ERA and five home runs in 16 innings at home this year. Lauer has also served up a .347 average and .694 slugging percentage to right-handed hitters at home this year, and India is hitting .278 with four home runs in 72 at-bats on the road in 2021. Lauer’s struggles are to righties, India can hit lefties, and Lauer stinks at home. Match made in heaven! With the money you can save with India, spend the extra to pair him with Nick Castellanos.

Amed Rosario, SS CLE ($3,700) - Rosario is a bit higher priced than I typically like to include here, but the matchup is too good. He’s hitting .287 off righties this year, and Baltimore’s Dean Kremer has surrendered a .319 batting average to opposing right-handed hitters. Rosario is incredibly comfortable at home, as he has a .307 average in 88 at-bats at home in 2021. He’s hit safely in 12 of his last 13 games, and in the month of June alone, he’s hitting .395 with a .937 OPS. He’s white hot and has a great matchup against the Baltimore right-hander that is 0-5 with a 6.87 ERA and 1.66 WHIP on the season. If you want another Cleveland bat, take a look at Bobby Bradley, as he’s white hot as well, and lefties have a .406 wOBA against Kremer this year.

Hunter Dozier, OF KC ($3,200) - Here is your BvP special! Dozier is 10-for-26 with two home runs and a .483 wOBA against Detroit’s Matt Boyd! Dozier is hitting just .200 in June, which isn’t ideal, but that would actually be his best month yet, and he has hit safely in three of his last four contests. I’m not sure he can be trusted in cash, but he has some upside in GPPs. If you want to delve into the Kansas City lineup further, you must play Whit Merrifield as his numbers against Boyd are ridiculous. I’ll create some suspense and let you go take a look for yourself.