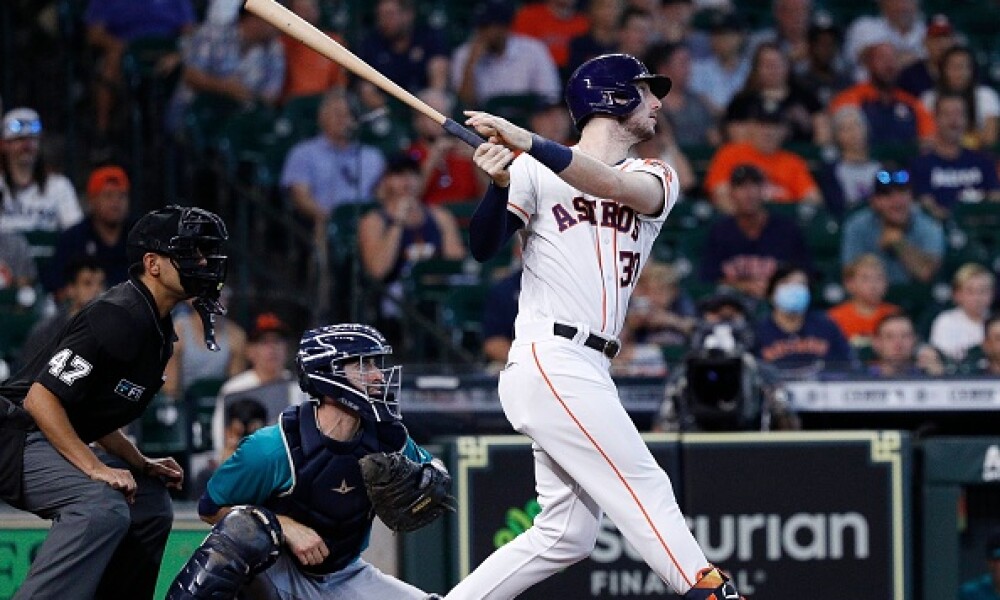 Today is certainly an interesting day in the daily realm. Game times are all over the place, and some slates are breaking up the slates and having multiple “main” or “featured” slates, whereas others are making it a whole day affair. Don’t worry, I got you covered here. Here’s a breakdown of the slates by site:

I uncovered my favorite value bats and arm across the whole spectrum today, so whether you’re playing the whole day slate on Yahoo, or just the three late games on DraftKings, I have a couple of value options for you below!

Andrew Benintendi, OF KC ($3,200) - I’m baffled as to why Benintendi is still this cheap, but I’ll take the value and run. Oakland’s Paul Blackburn has allowed a .342 batting average and .383 wOBA to lefties, and Benintendi has a .750 OPS versus right-handers in 2021. Sure, Benintendi’s numbers may be slightly better against lefties, but he’s white hot, hitting .577 over his last 26 at-bats, and if you push it out to his last 57 at-bats, he’s hitting .404 with a 1.120 OPS. He’s too cheap and seeing the baseball too well to fade on today’s slate, despite expected ownership.

Max Schrock, OF CIN ($2,000) - Minimum price bat on a small slate should catch your eye immediately. Furthermore, Schrock is hitting .343 against right-handers with a .917 OPS. Despite having one of the better offensive parks in the game as his home stadium, he’s been far better on the road, hitting .375 with a .525 slugging percentage and .944 OPS in 40 road at-bats this season.

Nick Solak, 2B TEX ($3,300) - Lefties have had more success against Framber Valdez this year, but Solak does have a .275 batting average against righties this season. He’s hit safely in seven of his last eight games, and against Houston pitching in 2021, he has a .271 batting average and .721 OPS. I would expect low ownership on him today, but a small slate on DraftKings could push it slightly higher, given the  limited options.

Dietrich Enns, SP TB ($6,200) - Enns will work behind an opener today, but the Tampa Bay southpaw managed to put up 25 DraftKings points in his last outing, firing four perfect innings with six strikeouts. Over the last two weeks, the Detroit offense has the third-highest strikeout rate (26.5%) and are league average in terms of batting average (.254). I like Enns’ upside tonight, especially on a small slate with limited options on the bump.

Gleyber Torres, SS NYY ($11) - The move to second base should free up Torres mentally, and hopefully get the defensive side of the game out of his mind, or at least make it slightly less prevalent. He’s hitting .259 over the past week with a .693 OPS and he does have an .830 OPS against Baltimore pitching in 2021. Baltimore’s Chris Ellis has been more generous to righties, allowing a .315 wOBA to them, compared to a .201 wOBA to lefties.

Hunter Dozier, 1B/OF ($9) - Yes, Oakland’s Paul Blackburn has been more generous to left-handed hitters, but let’s be honest, he’s still allowed a .304 batting average and .352 wOBA to righties, too! Dozier hasn’t hit righties all that great for the 2021 season, but there’s a couple reasons to get behind Dozier today. He’s been better at home this year, posting a .703 OPS at home compared to a .597 mark on the road. Also, over the last week, he’s hitting .350 with a 1.231 OPS! For the month of September, he’s hitting .270 with a .918 OPS. Dozier is looking to end the year on a high note, and I’ll take the plunge for just nine bucks.