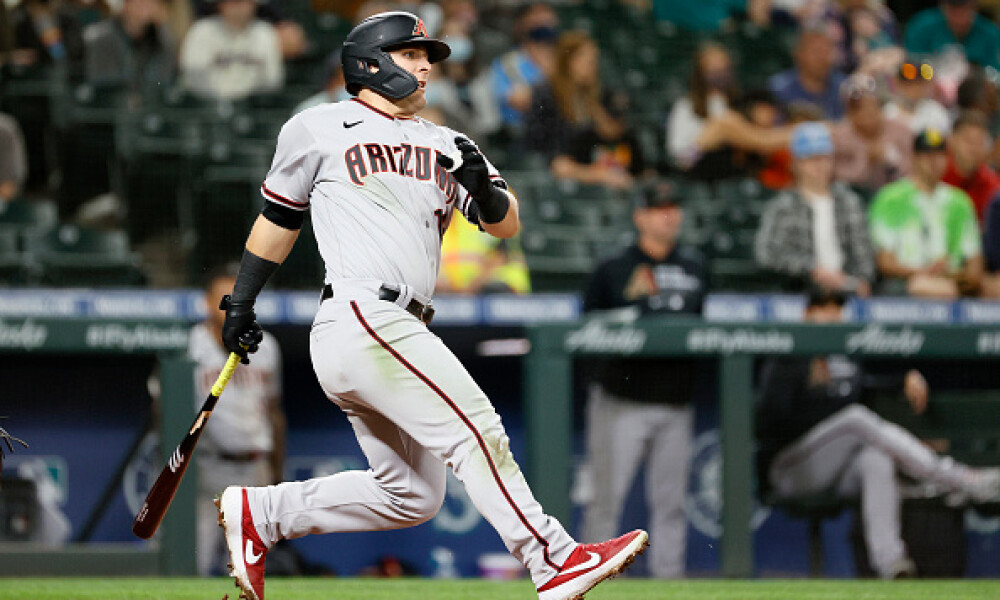 Tonight’s main slate consists of eight games and if you’re like me, you’re going to have a hard time fitting in all of the bats that you want to get in your lineups. Those Houston and St. Louis bats are not cheap, but luckily, there’s some value to be had, even in those lineups. There’s also a super, super cheap pitcher that should be able to provide some nice R.O.I and offer you extreme financial flexibility. All of that and more can be found below in tonight’s edition of the Value Vault!

Daulton Jefferies, SP OAK ($5,500 FD/$5,500 DK/$29 Yahoo) - Keep an eye out to ensure Jefferies is actually starting for Oakland. Jefferies is very cheap today, so it won’t take much to return adequate value. Yes, his strikeout upside is limited, and he has just eight strikeouts across 15 innings this season. However, over the last two weeks, the Angels are striking out at the seventh-highest rate (24.3%) in all of baseball, and only four teams have a lower batting average (.221) in that span. Five innings, a couple strikeouts and a win would suffice this evening.

Daulton Varsho, OF ARI ($14) - Check to see if Varsho makes the starting lineup, but if he does, he’s one of the few bats I’m comfortable with against Lance McCullers. Sure, Varsho is hitting just .219 against righties this season, but his .728 OPS isn’t horrible, and he’s seeing the ball well of late. Over the last two weeks, he’s hitting .303 with a .788 OPS, and for the month of September, he’s hitting .270 with a .432 slugging percentage. Varsho has hit safely in six of his last seven games, and four of his 10 hits this month have gone for extra bases.

Abraham Toro, 2B SEA ($10) - Kansas City’s Kris Bubic has been more vulnerable to right-handed hitters in terms of batting average compared to lefties. Bubic has been better at home than on the road, but his home ERA of 4.29 is nothing to be scared of, and he’s posted a 4.63 ERA over his last 23.1 innings of work. Bubic has faced Seattle once this season, and he allowed five earned runs over 4.1 innings of work. Toro has a .298 batting average and .743 OPS against southpaws in 2021, and this is the perfect game for him to bounce out of his recent slump.

Eloy Jiminez, OF CWS ($3,400) - The White Sox are going to put up a ton of runs and Jiminez will be an integral part of that. The Chicago slugger has an .846 OPS against right-handers this season, and he has an .884 OPS on the road. He’s rather affordable on FanDuel, and you can combine him with the likes of Luis Robert and Yoán Moncada.

Tyler O’Neill, OF STL ($3,200) - There are a ton of St. Louis bats that I like tonight, but O’Neill is the only one that qualifies for inclusion in the Value Vault! Sure, he’s 0-for-5 in his career against Yu Darvish, but did you read the stats Darvish has posted since July in Sosa’s write up above? It’s mind-boggling. Anyways, O’Neill has an .856 OPS against right-handers this season, and has a 1.143 OPS over his last 53 at-bats.

Didi Gregorius, SS PHI ($3,400) - Gregorius does have a home run in his career against Carlos Carrasco, so there’s some familiarity there. The veteran shortstop has been better against righties in 2021, and while he’s been a bit cold of late, he has hit New York pitching at a .344 clip this season with a 1.108 OPS. He’s a GPP only play this evening, as this is more of a gut call.

Jose Siri, OF HOU ($2,000) - Hey, Siri, how good has Jose Siri been? Pretty good! He has just a handful of games at the major league level under his belt, but he’s hit safely in four of his last five contests, including two multi-hit efforts in that span. Siri has four hits and two stolen bases against righties this year, not to mention a .400 batting average and 1.155 OPS. He’s super cheap on DraftKings and is a cheap part of a Houston stack tonight. Arizona’s Humberto Castellanos has allowed eight earned runs on 11 hits over his last nine innings of work. Ouch. UPDATE: Siri isn’t starting for Houston.