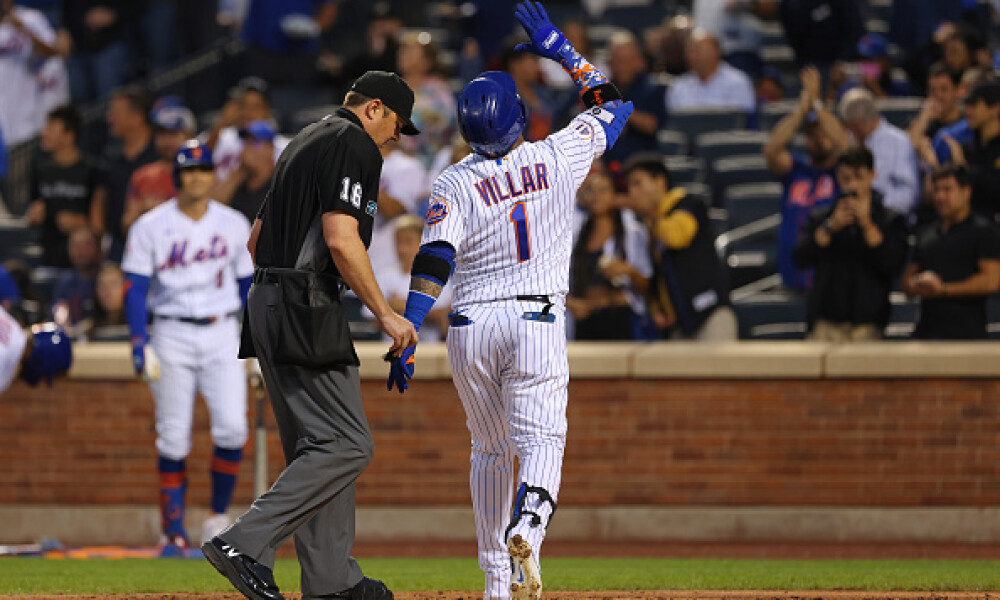 Happy Labor Day! We are treated to some afternoon baseball again today, so be sure you are aware of lineup lock! Seven games are on the docket for today’s main slate, and I can’t believe some of the prices on certain players! Below you’ll find my favorite plays of the day, including an arm that is incredibly cheap given the tasty matchup. Furthermore, plenty of hot bats are still quite affordable across the board!

Let’s jump in and see my favorite value plays for this Labor Day slate!

Riley Adams, C WSH ($2,100 FD/$3,200 DK/$11 Yahoo) - New York’s Trevor Wiliams has been good in four appearances for the Mets this season, but overall this year, right-handed hitters have had some success, posting a .286 batting average and .808 OPS against him. Washington backstop Riley Adams has a .289 batting average against right-handed pitching in 2021, and over the last month, Adams is hitting .362 with a 1.069 OPS! Adams does have an .840 OPS against Mets pitching this year, and while Adams can be played on any site, he has more value on DraftKings and Yahoo where you must start a catcher. UPDATE: Adams isn’t starting. You can pivot to James McCann.

Carlos Santana, 1B KC ($7) - Baltimore’s Zac Lowther has been better against right-handers compared to lefties, but Santana has a .283 batting average and .712 OPS versus southpaws this season. He has a .729 OPS over the last week, and he’s hit safely in three of his last four contests. He’s not the hottest hitter in the world of late, but he has a good matchup against Lowther, who has a 10.80 ERA and 2.04 WHIP through 8.1 innings this season. Ouch.

Nicky Lopez, 2B/SS KC ($2,800) - Just your daily reminder to play Nicky Lopez while he’s still underpriced. He’s hitting .284 against right-handed pitching this year and Baltimore’s Zac Lowther has allowed a .519 wOBA to left-handed hitters this year. Lopez is hitting .364 over the last two weeks with 10 runs scored and two stolen bases. Don’t overthink it. Take the points and run.

Jonathan Villar, 2B/3B/SS NYM ($2,900) - Villar has hit lefties at a .284 clip this season, but the real allure with Villar today is that Patrick Corbin stinks against right-handers, and Villar is really good against Corbin. The Washington southpaw has allowed a 2.58 HR/9 to right-handed hitters this year, and Villar is 10-for-21 in his career against Corbin. Oh, also, Villar is hitting .435 over the last two weeks, and .423 over his last 26 at-bats. Sign me up!

Tarik Skubal, SP DET ($7,800) - Skubal is going up against the Pittsburgh Pirates, yet he’s the seventh-most expensive starter on the board. Only the seventh! Sure, he struggled in his last outing, but he posted a 3.25 ERA through five August starts with a 33:6 K/BB ratio over 27.2 innings of work. Over the last two weeks, the Pittsburgh offense has been no better than league average. Skubal can be your SP1 or SP2 on DraftKings today, and you can feel confident in that.

James McCann, C NYM ($3,300) - McCann is 3-for-7 in his career against Patrick Corbin, and McCann does have a .279 batting average and .453 slugging percentage against southpaws in 2021. Albeit largely unimpressive, his numbers on the road are better than at home. McCann should only be considered in GPPs, as he hasn’t had a great year overall, but there’s upside today against Corbin, who has allowed a 1.83 HR/9 at home this season, and a 2.58 HR/9 to right-handed hitters in particular.