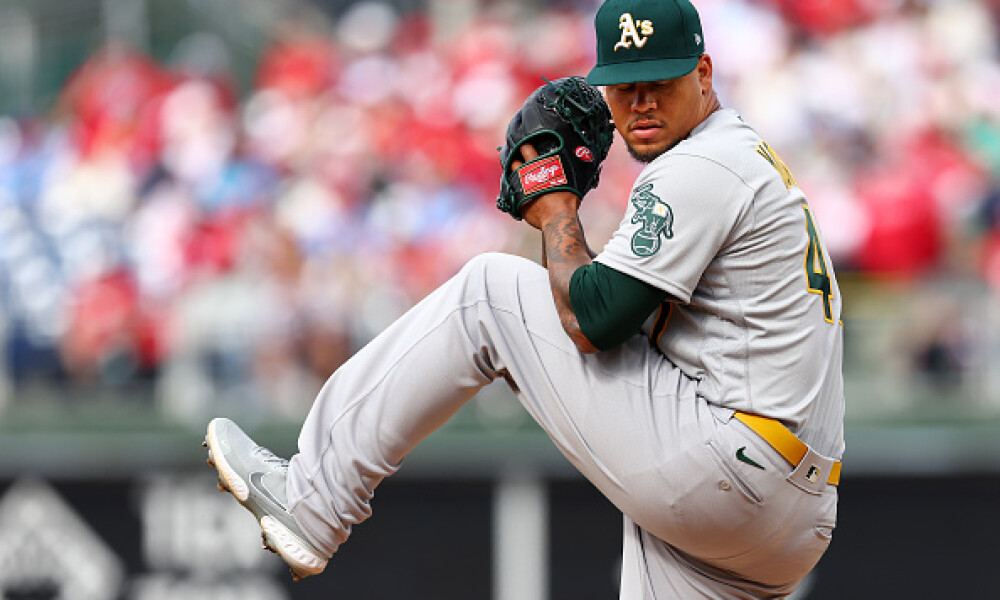 What began as a nine game MLB DFS slate tonight quickly became seven thanks to rain in Cleveland and Washington DC. Rain is also expected in New York and Oakland tonight, but as of mid-afternoon, it does appear that both games should be completed. Value is needed to build a lineup that will leave us finishing in the green, so let’s take a look at some options I’m targeting on DraftKings, FanDuel, and Yahoo that can help fit in some studs.

There is rain in the forecast tonight in Oakland, but at under 50% (as of 2pm) it looks like it might just be a steady annoyance all night. In a park that is pitcher friendly to begin with, I see this benefiting Montas as does his opponent as Baltimore’s implied run total is just 3.13. More than anything, I am baffled by the price we are seeing for Montas on DK, and I’m thinking we eat the chalk. After allowing five runs in his first start, Montas rebounded allowing just one run in 6.1 innings against Tampa Bay while striking out six.

I did a double take here to make sure my eyes weren’t deceiving me today as we are seeing some interesting pricing across sites. The Astros took things cautiously with Garcia in his first start of the season as he only lasted four innings against Arizona. It wasn’t performance based as Garcia didn’t allow a run as he limited the Diamondbacks to just two hits and two walks although he only struck out one. Houston is going to be cautious with Garcia’s workload, but it’s also hard to argue with the price and the right-hander benefits from Mike Trout likely being out of the lineup tonight.

Lowe has struggled to start the season with just four hits in 29 at bats (three singles and a triple) while driving in just one run, but Tampa Bay remains committed to letting him sort things out at the major league level (at least for now). In Lowe we get a low-cost option, with the platoon advantage, to target Kyle Hendricks who has had an uneven start to the season. Based on what we saw in the minor leagues, we know that Lowe can hit so it’s worth a GPP look.

You are forgiven for now being scared of Pittsburgh right-hander Zach Thompson tonight, and I like Tellez to capitalize in the middle of Milwaukee’s lineup. Through 27 at bats this season, Tellez is hitting .296 with one home run and five RBI in what looks like the beginnings of a solid 2022 season. For his career, 37 of Tellez’s 45 home runs have come against right-handed pitching (along with 95 RBI in 655 plate appearances), so we get a platoon advantage in the power department as well.

Lux hasn’t had a game yet this season in which he failed to register a fantasy point, and in four of his last six games, he has broken double figures on DK. The fact that he bats ninth really isn’t a problem here as it’s hard to argue with what we see out of the Dodgers’ lineup and Lux batting .320 with nine runs scored, five RBI, seven walks, and two stolen bases doesn’t hurt either. I’m a little surprised his price hasn’t jumped closer to $4k.

Batting eighth Colorado tonight, Hilliard gives us some cheap exposure to Coors Field even if it does come against Aaron Nola. Hillard hasn’t gotten much playing time so far this season, 12 at bats, but he does have three hits and the outfielder does have some solid plate skills.