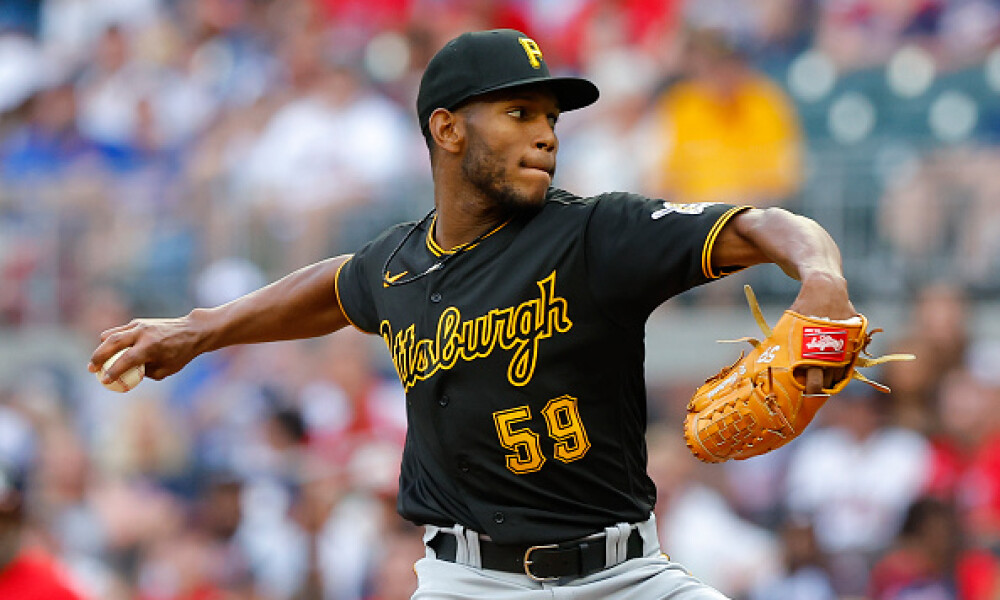 Choices are a good thing; well until they aren’t. I guess that is true with everything, but you aren’t lacking options for tonight’s 13-game MLB DFS main slate. With 26 teams of players to choose from, it is that much more important to stay on top of all the latest MLB news, MLB lineups, and MLB weather report throughout the day and leading up to lineup lock. Let’s take a look at some MLB DFS value options that can help to make your night a profitable one.

At some point, Contreras’ price has to jump over the $8k mark, right? Until it does, I feel like I’m continuously including him here for every start, and even though pitching for the Pirates isn’t going to push in position for many victories, there is still a fair amount of upside. If you want to rain on my parade, Contreras hasn’t gotten out of the fifth inning in each of his last two games but pitching against the Cubs should give him a chance to rebound and it also gives him a solid opportunity to pick up the win. Contreras strikes out close to 10 batters per nine innings and with a 3.06 ERA (3.87 FIP) he has had some success this year as well. After allowing a combined two earned runs in his first three starts, Contreras has allowed three in each of his last two and that should change against a Cubs’ offense that is average at best (98 wRC+).

Take the discount and don’t look back here. I should clarify though that we are getting the discount thanks in part to the fact that he only threw three innings (60 pitches) in his season debut and also his expected pitch count of 75 for tonight. It is possible Flaherty can get to five innings in those pitches as he works back from injury and he still gives us more upside and talent than the other options in this price tier. Flaherty didn’t have the best of luck against Pittsburgh in their season debut as he wasn’t completely sharp either allowing four runs (two earned) on three hits and two walks. The right-hander did get five outs on the ground while striking out three and I expect more of the rust to be shaken off.

Stacking the Pittsburgh Pirates against Matt Swarmer is a legitimate way to go tonight as they are projected to score about five runs tonight and have been hitting well in recent days. We have plenty of cheap, left-handed bats to choose from with Jack Suwinski front of mind and Dan Vogelbach lurking as well, but instead, I went Captain Obvious here with Cruz. Ownership of the prolific rookie who has finally made his way to Pittsburgh will be high, but if you pair him with one or two of his friends, you truly can take your roster build in any direction you want. Cruz drove in four runs in his debut on Monday with two hits while scoring twice and truly making a splash.

We stay in the outfield with another player who is likely underpriced based on his youth. Duran has five games under his belt since this most recent promotion and he has picked up hits in three of them going 5 of 16 overall. Last night Duran’s speed was on display as he stole two bases and batting at the top of Boston’s order on a night in which they are expecting to have their share of offensive success should lead to at least one run scored at a minimum.

Youth is being served tonight, and Kirilloff’s price is simply too good to ignore in a matchup that checks all of the boxes for Minnesota. The wind is blowing out on a hot night in Minnesota and it also doesn’t hurt that Aaron Civale has a 7.84 ERA and has allowed 1.74 home runs per nine innings so far this season. Kiriloff does have hits in back-to-back games since his most recent promotion from Triple-A but it is production there that really puts him squarely on our radar; .359 batting average with 10 home runs and 32 RBI in 35 games.

Escobar has been slumping as off late but he did pick up a hit and drive in three runs yesterday in an attempt to get back on track. It figures to be a high-scoring game on both sides tonight and the Mets should be able to do some damage against José Urquidy, and batting in the middle of the order with the platoon advantage, Escobar figures to be in the mix. In 63 games so far this year, Escobar has 28 RBI and 29 runs scored and the overall skill level is there.

Fantasy Alarm is the home of expert MLB Fantasy content. We also bring you all of the best online sportsbook free bets & promo codes and fantasy sports bonuses.