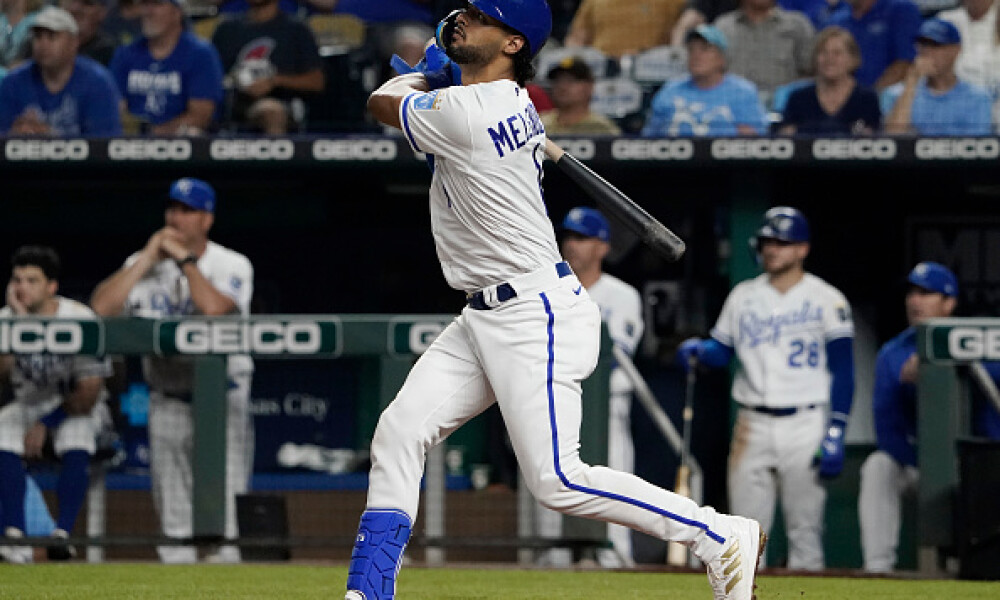 We have a mess of different MLB DFS slates on Thursday, May 19th and it will make finding value plays across all sites extremely difficult. DraftKings is using a four-game daily fantasy baseball main slate starting at 12:35 pm ET. Yahoo is using an eight-game all-day MLB daily fantasy main slate, also starting at 12:35 pm ET. Lastly, FanDuel is using a three-game main starting at 7:05 pm ET, but we are going to use their five-game early-only slate as it’s the closest to DraftKings – the only difference being that it includes the Cincinnati Reds vs. Cleveland Guardians game. On the bright side, it doesn’t appear we will have any MLB weather concerns, but still keep an eye on today's MLB weather report. I do not love this daily fantasy baseball slate, but it should be an interesting one where value/contrarian plays could be huge – especially with no Coors Field on the slate. Lastly, don’t forget to check out the MLB implied runs totals on our Vegas Odds link and use our MLB DFS lineup generator to build winning daily fantasy baseball lineups. Now, let’s dive into our MLB DFS picks for today's action!

Jordan Montgomery has pitched very well this season with a 3.06 ERA, 1.08 WHIP, and 29 Ks across 35.1 innings. His biggest problem is that despite those great ratios he hasn’t won a single game yet as his record stands at 0-1 on the year (so let’s hope the Yankees offense actually gives him some run support today). He has a great matchup against Baltimore. The Orioles have the 8th highest strikeout rate this season at 24.5-percent and that number jumps to 27.9-percent against lefties (third highest in the league). They are also 29th in scoring this season with a lousy average of 3.21 runs per game.

Yahoo is the only site where Marcus Stroman is an option (unless playing different slates on DK or FD than the ones we are looking at – he is also a solid value at 7K on DraftKings 7:10 pm ET slate). Stroman makes his return to action tonight and despite his early-season struggles, it is easy to like his talent at this price in a matchup against the Dbacks. Arizona has the second-highest strikeout rate in all of baseball this season at a 25.4-percent clip and they are 24th in runs per game. On top of that, his last outing was his best performance of the season as he tossed seven shutout innings of two-hit ball with five strikeouts against the Brewers.

MJ Melendez is hot as he has homered in back-to-back games and is now hitting .265 with four RBI and four runs scored through his first 34 at-bats in the show. His price is great across all sites, considering who he is facing in Vince Velasquez. He has a 5.53 ERA and 1.52 WHIP this season, which is hardly worse than his career marks of 4.97 and 1.40, respectively. He is also sporting a 2.0 HR/9 this season. I expect Melendez to be highly rostered on DK and Yahoo, but he could be a sneaky good play on FD with the way people avoid catchers.

Chris Owings has been really bad this season, but our options on a small slate are limited and as I’ve mentioned a few times throughout the year, he has been far better against lefties. He is slashing .182/.357/.227 against southpaws, compared to .063/.167/.063 against righties (neither line is good obviously, but at least there’s at least a pulse against lefties). On the bright side, at the minimum price it won’t take a whole lot for Owings to hit value and he probably will see very low rostership.

AJ Pollock hasn’t been very good this year, but he is showing some life with a hit in three straight games, going 4-9 with two doubles, an RBI, and a run scored in that span. Most importantly is the fact that he is facing a pitcher who has a 9.11 ERA (!) and 2.03 WHIP (!) through six starts this season in Carlos Hernández. Those are not typos, the guy has been absolutely shelled and there is no reason to believe that won’t continue today as he just lacks talent.

Fantasy Alarm is the home of expert MLB Fantasy content. We also bring you all of the best online sportsbook free bets & promo codes and fantasy sports bonuses.