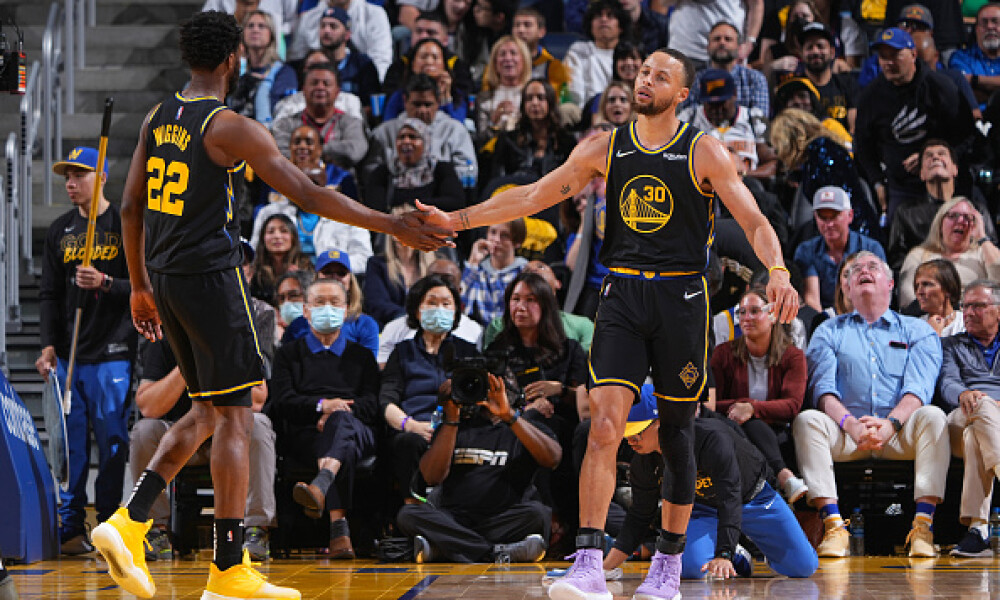 Based on the spread going into the second game of the 2022 NBA Finals, the public thinks the Golden State Warriors will respond and even the series against the Boston Celtics before heading east. Let’s not forget that the Celtics shot over 50 percent from the field overall and from beyond the arc and if they do so again, the Warriors won’t be able to beat them. Boston outscored Golden State 40-16 in the 4th quarter to win by 12. We can’t expect the Celtics to shoot that well from downtown as they shot over 40 percent from long-range in just 1 game last series. The Warriors can’t slow the pace down even when Boston’s shot is on. The quality of the Warriors shots is important, but the Warriors have to keep the ball moving and make multiple passes and focus more on getting in the lane than finding an opening on the arc. The Celtics are a lot more threatening of an interior defense than the Dallas Mavericks, but with Robert Williams still unable to move at 100 percent or play big minutes, Golden State has to attack the rim more and kick out to the elbow for open mid-range shots. The Celtics won’t surrender the arc so they’ll have to work the elbow and being that they’ll be closer in, the Warriors will take high-percentage shots being closer in. If they slow it down and continuously shoot from beyond the arc (unless they are scorching hot) they need to find another way to break through their defense. Here are tonight’s core plays for our DFS NBA lineups.

Stephen Curry: Despite how good of defense Marcus Smart has played on Curry in the past, Curry got the best of the Celtics in the first game of this series dropping 34 points and shooting 50 percent from downtown. He started off hot and fueled the Warriors to an early lead and he even produced five boards and five dimes and for the second straight game, stole the ball three times. Until we see Curry frozen out, he’s the most trustworthy DFS option on the Warriors. Klay Thompson is just too scoring dependent and we should expect Curry to once again take 20-25 shots tonight. It was encouraging seeing Curry balance his field goal attempts as much as he did despite being hot from long-range and the Celtics will put even more focus on not giving him as many open looks and forcing him to pass off. If Curry gets frozen out at the arc, he’ll need to morph into drive and dish mode and try to find openings under the basket cutting back door when off the ball. His DFS value can still be saved if he drives more because his assists will likely rise and he’ll get better looks at the basket. Dallas was able to freeze him out on the arc in multiple games and Boston’s strong all-around defense will adjust and find a way.

Jayson Tatum: It just wasn’t Tatum’s night last game and he recognized that and became more of a decoy on offense drawing out defenders to him and then passing. Tatum shot under 18 percent from the field. He dropped 13 dimes last game and that somewhat salvaged his DFS total. Curry needs to learn from Tatum in case he’s cold shooting from the field or can’t find many openings. Tatum played a lot more at the elbow watching Andrew Wiggins and switching high to prevent the Warriors from getting high-percentage shots from downtown and wasn’t getting the positioning to grab more boards. Tatum will continue providing assist help for DFS investors and we should see him grab more boards tonight. Tatum has produced steals in three straight games. Tatum got bailed out by strong shooting from other Celtics, but if Derrick White isn’t hitting his shots, Tatum will need to show his strength and strong attack to the basket more to keep the Celtics ahead or even afloat if the Warriors get hot and turn up the pace. Tatum should hit the 20-shot mark tonight.

Jaylen Brown: Brown continues to take a lot of shots and he’s hitting a good amount of them in his last handful of games. Brown notched his third 20-plus point performance against the Warriors this season when we include his regular-season performances. He also pulled down no fewer than seven boards in any of those battles. Brown will continue to play deep into these games and he’s even helped a bit more with ball distribution lately dishing five or more dimes in each of his last three outings. Brown’s outside shot hasn’t been falling, but like Tatum, he’s doing a good job adjusting and he’s finding it easier getting to the basket than taking long-range shots with hands in his face. Klay Thompson hasn’t been as impactful of a defender, but Andrew Wiggins will often switch on him and try to hold him down a bit more. He even produced blocks and dimes last game and this multi-category production makes him more trustworthy heading into tonight’s game, especially if you think Tatum will be more of a passer once again.

Al Horford: We’re continuing to roll with Horford because Robert Williams is still not looking like he’s moving up and down the floor pain-free. Horford will need to play mid-30s minutes once again and with Horford needing to shift more to center, he should be able to help grab more boards. Horford did a great job identifying the open spots on the floor. He was hot from downtown and when he slipped inside the arc off of a screen or even at times with the ball from starting from the arc with possession without even being touched. Horford was open a lot three feet in front of the top of the key inside the arc. The Warriors were unable to hang with the Celtics phenomenal passing and Horford was able to capitalize. Until we see Horford not have a strong game either scoring or rebounding the basketball, we can continue rolling him out there in our DFS lineups with Williams dealing with ongoing knee issues. Horford has also stolen the ball in three of his last four outings.

Andrew Wiggins: After taking 15 shots in game 1 and shooting over 53 percent from the floor, let’s go back to Wiggins. Wiggins has had the most success inside the arc of any of the Warriors players (another reason I think Boston wins this series) and Wiggins has to keep hitting mid-range shots. If the Warriors continue to favor the arc heavily, Wiggins can set screens around there and curl towards the elbow to get fed. He’s been very cold shooting from long distance and he recognizes and is making sure he’s attempting to find openings from right outside the paint. He’s coming off of a three-block game and has stolen the ball in both of his last two outings. We should see Wiggins once again play 35-40 minutes and he should look to draw more contact in the post. He’s also grabbed no fewer than five rebounds in seven straight contests.

Draymond Green: Green has way too many responsibilities because of the Celtics size and how soft Kevon Looney plays on defense in the post. Green ended his double-digit scoring streak last game, but he still took 12 shots which makes him even more appealing. Green took more shots than he did last game just once in the postseason. Should he be lining up to take three’s? Not so much. The Celtics will give him the arc all day. Green pulled down 11 rebounds and swiped 2 balls. He understands that the slower the Warriors play, the more time the staunch Celtics defense has to set up and we should expect him to continue to push the ball down the floor bringing it up himself. He’s dropped five-plus dimes in five straight games. Foul trouble does hinder him at times but he logged 38 minutes before fouling out last game and he’s their best bet at keeping Boston away from the basket.

Derrick White: The Warriors perimeter defense isn’t the best but they did a poor job rotating at the arc. White took a lot of shots unguarded. It was like he was invisible out there to the Warriors. He would get screened and curl around it and hit open shots from downtown. White plays tenacious defense and even though it didn’t show up on the stat sheet last game, he should once again be looking at 30-plus minutes tonight. White will also attack the lane if open and draw contact. White has done a good job blocking shots throughout the playoffs. Boston could once again rely on him more tonight on offense after hitting five three-pointers and scoring 21 points. The Celtics have had very cold games shooting the three-ball, but White has hit at least 57 percent of his trey’s in 3 straight games. He’s taken double-digit field goals in three of his last five outings.

Otto Porter Jr: Porter looked good in his first game back after hurting his foot in the previous series hitting four three-pointers. He was able to make a bit of an impact on defense and stole the ball twice last game. He’s grabbed four or more boards in three of his last four games. He was utilized as a bailout option on offense hanging at the arc a lot last game, but he does hit mid-range jumpers as well and if he sees an opening, he’ll step inside the arc. If Draymond Green gets in foul trouble, Porter will likely get the ball in his hands more. Porter is a better shooter than Green and he’s a committed defender. When Green needs to rotate to center, Porter can find himself grabbing more minutes. He’s shot over 57 percent from the field in the last five games that he’s taken at least 4 field goals in. He’s posted swipes in three of his last four games as well. Even with Andre Iguodala back in the mix as well, Porter should still play 20-25 minutes.

Dominate your NBA DFS Showdown contests today using our Player Projections that you can use specifically for Showdown!