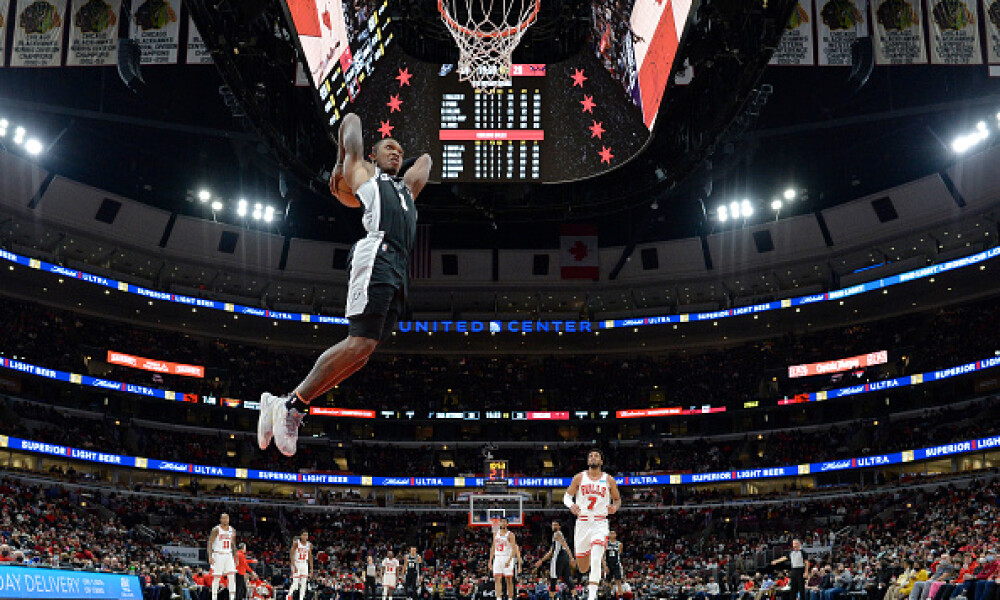 Happy Monday, FANation! We have seven games to kick off the week for tonight's NBA slate with some nice matchups to target when it comes to value plays to build your lineups around so let's quit wasting time and jump right in!

Still under $5,000 on DraftKings, Walker is averaging 28 fantasy points in the two games since the All-Star break. Following the Spurs trade deadline moves, we have seen Walker much more involved of late as well, playing at latest 24 minutes in five straight contests while scoring at least 27 FP in four of those matchups.

The Cavaliers are still without Darius Garland, Caris LeVert and Rajon Rondo for tonight's matchup against the Timberwolves which will keep Goodwin in the starting lineup. He played 38 minutes against the Wizards the other night and while he shot just 2-for-11 from the floor, he saved fantasy managers by filling up the stat sheet. Over the last two games, Goodwin is averaging 26.9 fantasy points.

While all the attention is on Shai Gilgeous-Alexander, Mann has been phenomenal of late, averaging 37 fantasy points in the two games since the return of play. He has finished with at least 37 FP in four straight contests and with Luguentz Dort and Josh Giddey once again out of the lineup, it is hard for me to imagine Mann isn't in for yet another active night.

The Pacers are using a rotation in their frontcourt that includes the recently acquired Smith. Smith has played at least 20 minutes in all but one game since the trade and he has gone for at least 25 fantasy points in four of the six contests. Against the Celtics on Sunday, he finished with a double-double, scoring 12 points with 10 rebounds in 26 minutes.

A dart throw play here. Dragic made his Nets debut and played 14 minutes against the Bucks, scoring six points with three rebounds, two assists, one block and two steals. Tonight, the Nets play at home and therefore will be without Kyrie Irving against the Raptors. It's not inconceivable to think that Dragic gets a minutes boost here tonight against the team that he refused to play for this season after his trade from Miami. Just floating that revenge narrative out there.

The Raptors have been playing small for most of this year when healthy but with OG Anunoby out of the lineup and potentially even Fred VanVleet tonight, Toronto will opt for a more traditional rotation. We saw Achiuwa play 30 minutes against the Hawks and finish with 37 fantasy points. With the Nets starting Andre Drummond, they will need a bigger body out there and we saw Achiuwa go for 27 fantasy points against Brooklyn earlier this year.