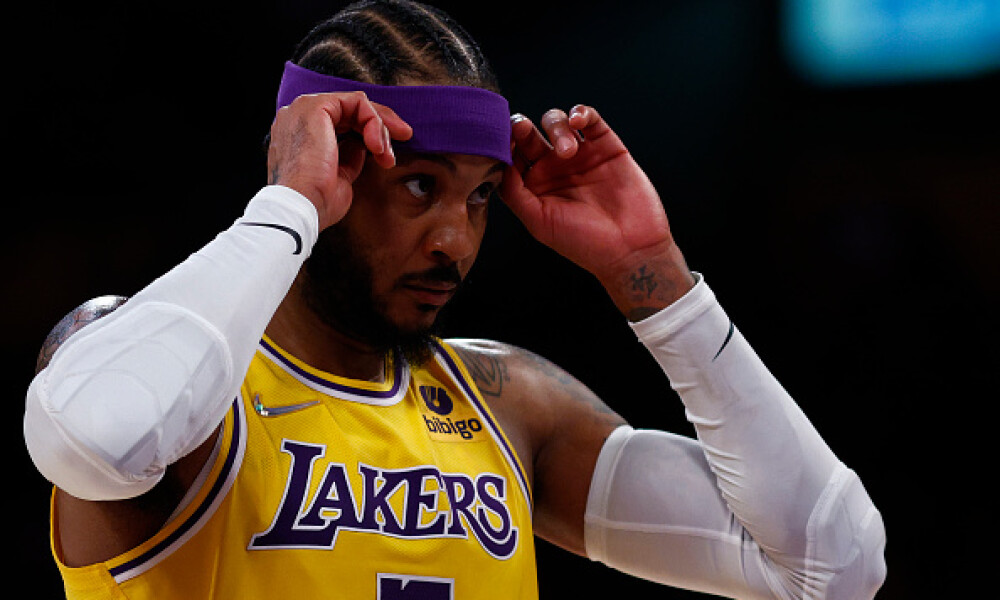 Big 12 games on tonight's NBA DFS main slate and with a roster pool as big as it is there are definitely some nice values for us to build our lineups around so let's get to it.

We've been calling for Immanuel Quickley to see more minutes on the NBA DFS Podcast for what feels like forever and now it finally seems as though the team is moving in that direction as the sophomore guard has played at least 27 minutes in each of the last three games while dropping 43 and 47 FP over the last two. Tonight's matchup against Dallas can be a tough one as Dallas is a decent defensive team but as long as Quickley continues to be aggressive on the offensive end of the floor I have no doubts he can pay off the price tag.

Carmelo Anthony has been playing a decent amount of minutes since his return to the lineup which coincided with Anthony Davis heading to the injured list. Over the last five games Anthony is averaging 26.6 fantasy points and tonight he draws a matchup against the Rockets who are looking like they will be without Christian Wood and Jae'Sean Tate tonight.

Speaking of Houston potentially missing two starting front-court players, we saw KJ Martin play 33 minutes against Miami the other night and go for 28 fantasy points. This would certainly represent a much easier matchup for Martin who has shown some nice GPP upside when given the opportunity to play. Just last week we saw him go for 37 fantasy points in 36 minutes against Utah.

Out of sheer necessity the Blazers are giving Brandon Williams 30+ minutes a night with Anfernee Simons still sidelined and while the price is going up on the point guard and the Blazers are massive underdogs he should still find his way to big fantasy numbers tonight against Utah. In the team's 40 point loss to the Timberwolves, he finished with 49 fantasy points.

We've been suckered into this one before but with Sabonis suspended tonight there is plenty of reason for Trey Lyles to be on the floor for extended minutes as he can play both the power forward and center position. There is also a bit of a revenge game narrative here as Lyles previously played for Denver just a few seasons ago.

Lonnie Walker let us all down against the Hornets when he played just 18 minutes but then he followed that performance up by missing the next game due to illness. I'll give him a pass and look for him to bounce back tonight against a Raptors team that is playing at less than 100%.