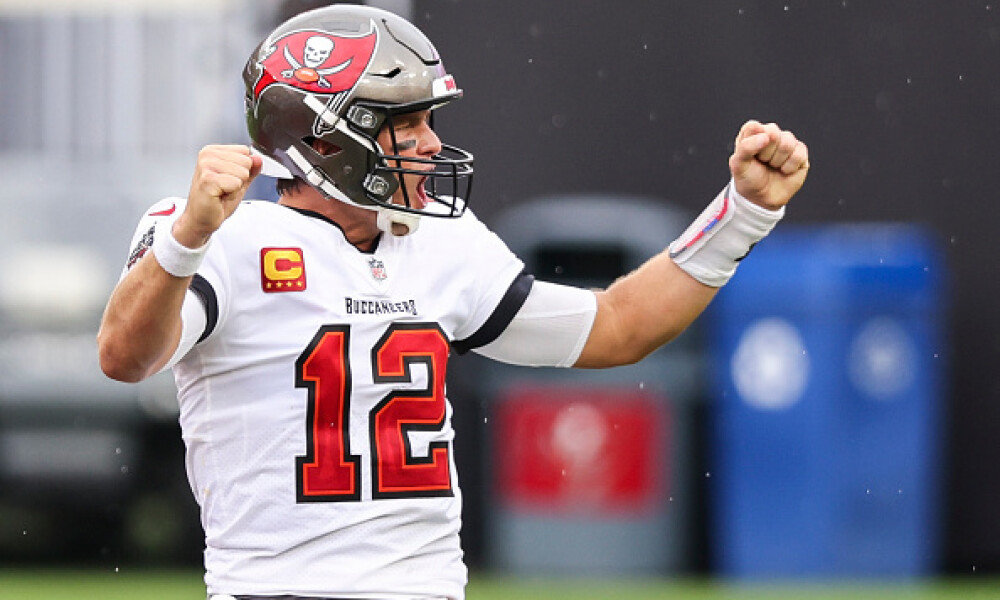 Can you feel the excitement? Are you bubbling over with anticipation? At long last, it’s finally here! After months of offseason analysis, draft coverage, free agent tracking, training camps, fantasy draft guides, articles, rankings and fantasy drafts, it all culminates tonight as the Dallas Cowboys and defending Super Bowl champion Tampa Bay Buccaneers take the field for the official start of Week 1. Whether you’ve chosen to dabble in preseason DFS or not, tonight’s action Is where it all truly begins. These games count and they are going to feature the players who actually matter the most.

Weather: Partly cloudy with temperatures in the low-80s

Tom Brady, QB TB – It shouldn’t come as any surprise that Brady will likely be the most-rostered player tonight as well as the highest rate of Captain/MVP usage as well. His 50 touchdowns last season were incredibly impressive and his overall performance leading the Bucs up and down the field should extend to the 2021 season as the team is bringing back all 22 starters. Dallas may have drafted a slew of defensive players, but Brady shouldn’t have any issue slinging the rock when he needs to and he should be able to produce a very strong stat line for tonight’s game.

Dak Prescott, QB DAL – He practiced all week and reported absolutely no issues with the shoulder. There is obvious concern regarding the offensive line, but Prescott’s mobility and grace under pressure should afford him plenty of opportunities tonight. The expectation is that the Bucs roll out to an early lead which forces the Cowboys into a much more pass-heavy attack and that will work just fine for those who use Dak in their lineups.

Mike Evans, WR TB – He gets little to no respect for some reason and it’s time for people to snap out of it and pay attention. Stop with the “touchdown-dependent” stuff. Anyone who posts double-digit scores gets labeled like this and it’s just not necessary. He still had 70 receptions and over 1,000 receiving yards. The guy is 6-foot-5 with a strong vertical leap and great hands. I’d be dependent on him for touchdowns too with that size and speed, so when Brady continually looks for him in the red zone tonight (which he will), embrace it rather than criticize.

CeeDee Lamb, WR DAL – Should the Cowboys be down during the game and turn to a more pass-heavy attack, Lamb seems to be the guy we want in our lineups, especially if we’re trying to be a little contrarian in our Captain seat. The Bucs defensive secondary strengths are on the outside, so Lamb working out of the slot should prove to be a lot more palatable. You also have safety Jordan Whitehead out for today’s game, so if the Bucs have a soft underbelly somewhere, across the middle could be it. If Lamb gets some mismatched coverage, particularly from a linebacker, he could be off to the races after a catch over the middle.

Ezekiel Elliott, RB DAL – Despite the banged-up offensive line, the Cowboys are going to have to at least try to feed Zeke early on. It won’t be a 20-carry extravaganza that fantasy owners love, but he’ll still see a fair amount of touches. The Buccaneers defense, which again, returns all 11 starters, ranked No. 1 against the run last year and Zeke’s high price tag is likely to keep people off him, so consider him more of a contrarian play.

Leonard Fournette, RB TB – He’s like the Mike Evans of running backs as no one like using Fournette. Just ask around. But the fact remains that the Bucs have no problem featuring Fournette early in the games and they also utilize him in the passing attack. Remember, in the playoffs last year, he caught 18-of-21 targets during a four-game stretch. Maybe the arrival of Giovani Bernard lowers the number of targets he sees this time around, but he’ll still have a strong share of the carries.

Ronald Jones, RB TB – He’s not a favored pass-catcher and he will share the carries with Fournette, but should the Bucs jump out to an early lead, Jones could be the guy who sees the lion’s share of second-half carries in an effort to chew up the clock. It wouldn’t be the biggest surprise to see him end up with 50-60 yards and possibly even a late-game touchdown as the Bucs look to put away Dallas here in Week 1.

Chris Godwin, WR TB – There was some concern regarding Godwin’s availability as he appeared on Tuesday’s injury report with a quad issue, but he’s put in full practices since and is good to go for Thursday night’s action. He and Evans are expected to see the bulk of the targets and he should be a perfectly fine option. He may not see the red zone targets Evans usually gets, but he’s always dangerous whether he’s running across the middle or streaking down the sidelines.

Antonio Brown, WR TB – While he may be considered the No. 3 option in this passing attack, you always have to consider the fact that Brady loves Brown and he will always look for him downfield whenever he can. It was Brady who lobbied to acquire Brown and the two can always be seen together on the sidelines either hugging it out as friends or going over on-field strategy. Brady’s love and Brown’s price tag should make him a decent option tonight.

Amari Cooper, WR DAL – If we’re looking at the Dallas passing attack and believe Lamb is the top option because of coverage, then Cooper lines up next over Michael Gallup as the guy who should see a strong share of the targets. He seems to match up better against the Tampa corners and is used to lining up all over. He’ll also find himself in the slot a little more than Gallup which should also help his chances of seeing a few extra targets.

Rob Gronkowski, TE TB – When last we left off, Gronk was catching two touchdowns in the Super Bowl and there’s no reason to believe he won’t command the attention of his BFF. He’s a nightmare in coverage for the linebackers and even if they float safety coverage his way, he manages to escape and find his way along the seam downfield. He’s actually looked better this preseason than he did last year and he should remain a favorite target for Brady tonight as well as throughout the season.

O.J. Howard, TE TB – Look who’s back finally! After missing all of last year with injuries, Howard should be on the field as the Bucs No. 2 tight end and could be a nice pay-down, contrarian play for Showdown contests. He’s got the size and the speed to be successful and may see a couple of targets depending on the game flow. If you believe this game could end up a shootout and you’re playing multiple lineups, he should pique your interest.

Scott Miller, WR TB – Another interesting contrarian play, especially if you are concerned that Godwin’s quad could act up and the Bucs opt to limit his snaps. Miller is the No. 4 receiver on this team and we’ve seen him and Brady in action together. If you are saving salary and fading Godwin, this could be an intriguing option.

Blake Jarwin, TE DAL – If the coverage on the outside is the strength of the Tampa defense, then looking at Jarwin could be the play if you believe the Cowboys will need to be continuously throwing in the second half. He’ll split snaps with Dalton Schultz, but between the two, Jarwin is the better route-runner which should send the targets his way first.

Giovani Bernard, RB TB – This is a contrarian play that really piques my curiosity. Much in the way Brady lobbied for AB, he did the same with Bernard. Brady wants a reliable pass-catching running back who can also excel in pass-blocking. He wants a James White, really, but will settle for Gio. Expect to see him as the third-down back and be on the lookout for some possible red zone work as well.

Tampa Bay Defense – Again, all 11 starters return and while Jordan Whitehead is out for tonight’s game, this defense is expected to give the Cowboys a number of problems, especially with the Cowboys offensive line dealing with injuries/COVID. Should the Bucs be able to apply pressure and Prescott isn’t exactly back to 100-percent, they could create some turnovers and possibly even put themselves in a position to add some defensive points.

**Are you done swimming with the sharks on Draft Kings and FanDuel? There is plenty of money to be won playing DFS over on Yahoo and we’ve got some bonus cash for you over there. Just go to fantasyalarm.com/yahoo and use the promo code ALARM for an immediate $25 bonus of contest credits on your first deposit.