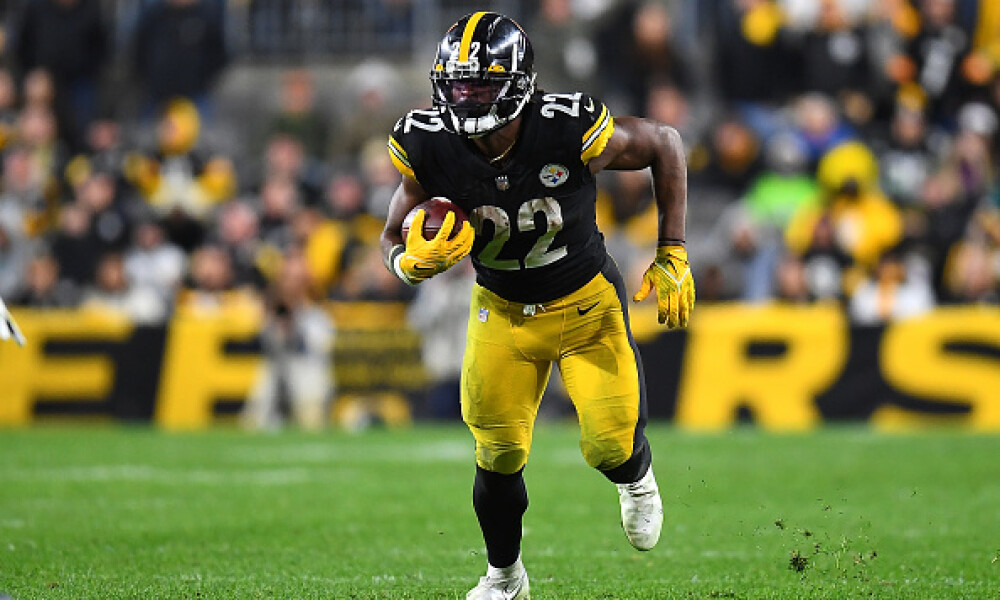 Wow. Just wow. There are really no words to describe the debacle we witnessed on Sunday. Winners became losers, studs became duds and if you took the Bills, Cowboys or Saints in your survivor pool, well, you’re done like dinner. But there’s no sense in crying over spilt milk. You just have to get back up, dust yourself off and jump back into the fray. And that’s exactly what we’re going to do here with Monday Night Football.

The game between the Steelers and the Bears doesn’t really profile as being one riddled with excitement. After all, the over/under is 39 which should, obviously, tell you what kind of scoring we’ll be seeing. But as I’ve said in the past, it doesn’t matter how much scoring there is in a showdown slate, just so long as you’ve got the ones who actually do, in your lineups.

Najee Harris, RB PIT – He’ll be the chalk in the top spot this week as he’s really the only one who profiles as a potential scorer. Harris has averaged 24 carries and five targets per game over his last three and has three touchdowns in that span. Sure, the Bears will key in on him, but so has every defense that Pittsburgh has faced.

Diontae Johnson, WR PIT – The Bears may rank 13th in DVOA against the pass, but they do rank dead-last in coverage against the opposition’s top wideout. Johnson has seen double-digit targets in all but one game this season and has a relatively favorable match-up against Bears cornerback Jaylon Johnson.

Allen Robinson, WR CHI – If you’re looking for a contrarian play in the top spot, then give Robinson a look tonight. You know no one else is thinking this based on what this season has looked like for him. But Robinson has been working out of the slot for 42-percent of his snaps and if there is a weakness in this Steelers secondary, it’s slot-corner Arthur Maulet.

Ben Roethlisberger, QB PIT – It hasn’t been a great year for Big Ben. In fact, it hasn’t even been a good year for him, but he’s averaged 249 passing yards over his last three games and has four touchdowns to no interceptions. The Bears will be without Khalil Mack, so the pass-rush takes a hit. Maybe that helps buy Ben some time for his throws.

Justin Fields, QB CHI – With the rushing ability, Fields gets a little bump in value, though the fact that he hasn’t thrown for more than 184 yards in any of his last four games is a bit disconcerting. However, if you’re looking for a silver lining, his completion percentage has increased over each of his last three games which could indicate continued future improvement. If he remains efficient and doesn’t turn the ball over, he could be a worthwhile play.

Khalil Herbert, RB CHI – The Bears are expected to activate David Montgomery before the game and the expectation is that he will get some work in. How much is unknown, but it seems unlikely that Herbert will take too much of a backseat. Pittsburgh has allowed an average of 115.3 rushing yards per game over their last three, so Herbert could end up with a decent day.

Steelers D/ST – The Steelers defense routinely plays better at home than it does on the road, so the hope here is they can contain a Bears defense that struggles to put points up on the board. Pittsburgh doesn’t force a lot of turnovers, but the Bears do have 11 giveaways, so there is definite promise here.

Cole Kmet, TE CHI – The Steelers are allowing 11.1 fantasy points per game to the tight end position this season and rank 13th in DVOA against it. Kmet has seen six targets in each of his last two, so if he can continue seeing that many, he should be able to produce a respectable total in a PPR format.

Chase Claypool, WR PIT – He’s seen an average of just under seven targets per game this season and we know the Steelers like to use Claypool in a multitude of fashions, from deep threat to gimmicky jet sweeps. We don’t anticipate much scoring, but if both teams are struggling to put up points, the Steelers could try to get cute.

Chris Boswell, K PIT – This is definitely a day where you have to think a kicker could very well be the highest-scoring offensive weapon. If you think the Steelers win, then Boswell should be your choice.

Cairo Santos, K CHI – The Bears kicker is 11-for-11 on field goals this year and is 4-for-4 over his last two games. If the Bears can move the ball into Steeler territory with some regularity, Santos will get the work. You can either use him on his own or even utilize a two-kicker strategy if setting multiple lineups.

Pat Freiermuth, TE PIT – The entire fantasy community seems to be buzzing about Freiermuth who caught his second touchdown of the season last week and now has seven targets in back-to-back games. He’s only listed as a dart throw, however, because the Bears rank fourth in DVOA against the position and give up the second-fewest fantasy points per game to the position.

David Montgomery, RB CHI – The Bears are expected to activate Montgomery from injured reserve and give him a share of the workload tonight. Just how much of a share is unknown, but if they move the ball early, they could consider giving him a decent number of carries in the first few series to see how he’s feeling and maybe that lands him in the end zone.