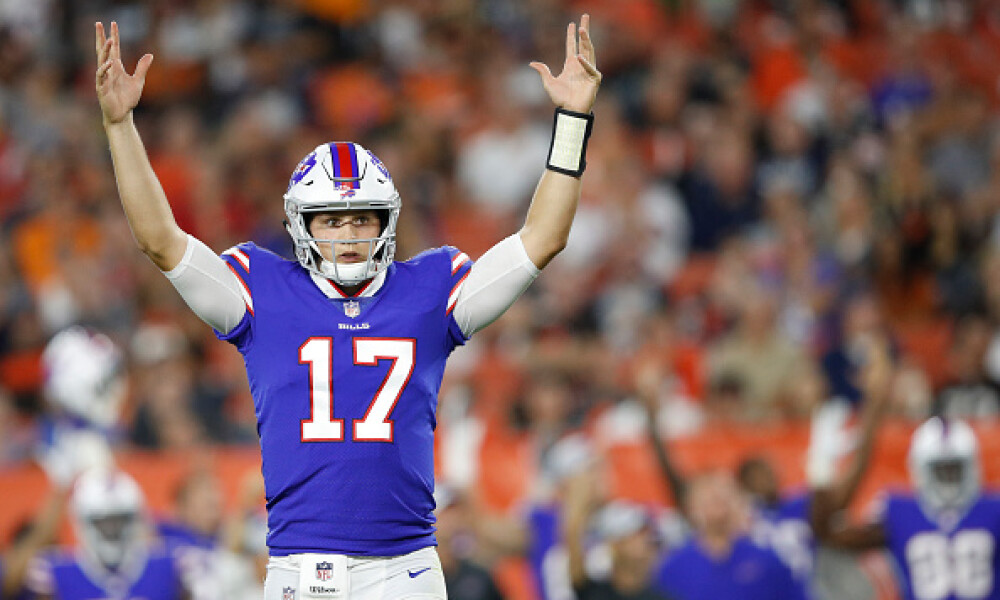 Welcome to the DFS Watch List for NFL Week 9!

Well, #FANation, it looks like you were in great hands with Jon Impemba last week. Upon returning from my trip, I learned of a number of big winner in DFS and as you will see below, the fantasy points were definitely flowing.

Apologies for the Wednesday publishing of the Watch List, but I am steadily working my way back into the swing of things as catching up from being off for a full weekend of football takes some work, especially with all of the injuries we saw. Several teams have a lot to sort out for their depth charts and we're going to have to pay very close attention to what is happening at practices across the league. Transitioning from Week 8 to Week 9 is going to be a lot of work and it's going to take a lot of insight to find which injury replacements are worthwhile and which ones aren't.

Before we move forward, let's take a quick look back…

So what exactly did last week's Playbook deliver? As always, we like to check in to ensure we remain on the right path.

High Value across the board is the theme for the Playbook & Dart Board for week 8.  Twenty-six of the forty-two players returned a 2X+ Value driving consistency throughout all lineups made with this analysis.  Here are some highlights:

For any newcomers this week:

We take this adage to heart when it comes to playing NFL DFS. The Fantasy Alarm Playbook isn’t just about handing you a list of players and a lineup to use each week. It is designed to help you learn to be a better DFS player. It’s about teaching you the process used in selecting which players to scout and, eventually, which ones to use.

Therefore, we will begin each week with the Weekly NFL DFS Watch List which is designed to keep tabs on marquee names, chalk plays and, of course, the weekly bargains who may not see the same coverage and exposure. This piece will be continuously updated throughout the week, based on the most recent news and injuries which means you may see a name or two removed as we get closer to kick-off. You may also see a few late-week additions who pique our interest for some reason too, and by the end of the week, this Watch List will eventually become your Playbook. Again, it’s about teaching you the process.