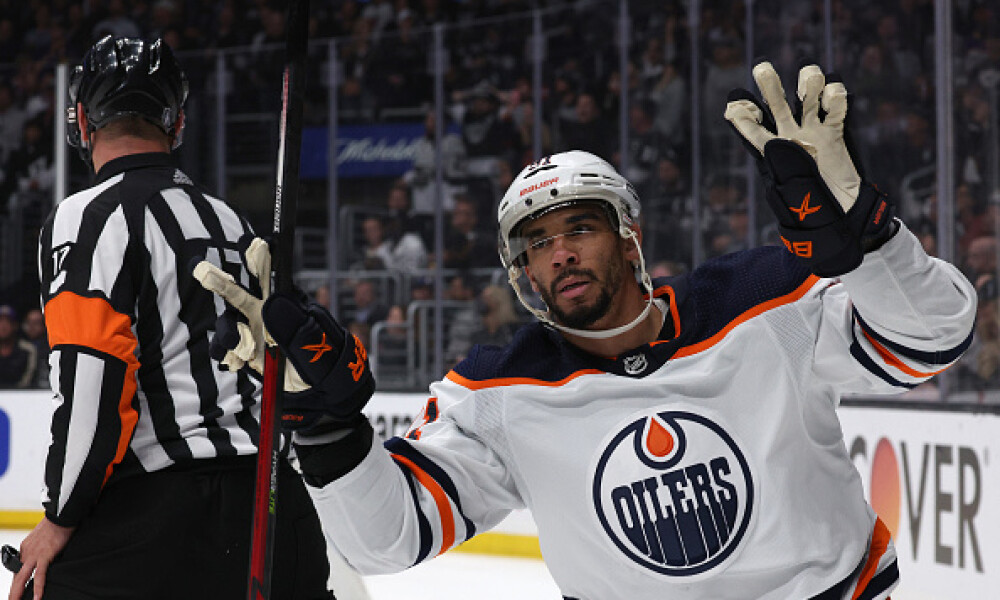 With tonight's trio of Game 7 matches which will send one team from each matchup packing their bags for the duration of the NHL Playoffs, there's obviously everything at stake here. Players need to step up and what better way to get a piece of the action than a little NHL DFS? The best NHL DFS plays for the afternoon and evening games are right here, with top-tier, mid-tier, and value-tier plays. Saturday's slate features Connor McDavid, Nikita Kucherov, David Pastrnak, and other heavy-hitters for your NHL daily fantasy lineup. Make sure you're also checking the daily projections and NHL Match-Up Report in combination with the playbook to help you create winning NHL DFS lineups today. Let's get into it!

It’s been a great series up to this point, but only one team can move on to the next round. Boston finds themselves in a spot they’ve been before, but the Hurricanes are hoping to spoil the party.

The Bruins' second line continues to be the best value. Taylor Hall, Erik Haula and David Pastrnak should have a better matchup and that hopefully, leads to goals. If you have to pick just two players, make it Pastrnak and Haula.

If you’re looking for some value on the back end, Hampus Lindholm is the way to go. He returned to the lineup in Game 6 and played pretty well. His $3100 price tag on DraftKings (DK) makes him an absolute bargain. He could hit value without having to register a point.

Jeremy Swayman is confirmed to get the start tonight and he’s a great GPP option. He’s been very good in this series and that trend should continue tonight. Carolina is going to put a ton of pucks on goal, so the save bonus is very much in play.

For the Hurricanes,  Sebastian Aho offers some value at his price point. He’s struggled to score goals in this series, but with this game being in Carolina, he may find some space away from Patrice Bergeron and company. Andrei Svechnikov found the back of the net twice in Game 6 and could put together another strong performance in this one.

Both Tony DeAngelo and Jaccob Slavin are good options tonight, but for different reasons. DeAngelo is the quarterback on the top power play unit and he’s going to get his chances to fire the puck on goal and rack up points. Slavin doesn’t have the offensive upside, but he can block shots. He’s $4500 on DK, which is way below what his price tag usually is. Depending on the salary you have left over, go with the player that fits the best.

Antti Raanta has played very well in this series and will get a chance to lead his team to the next round. Boston has found ways to get pucks past him, but Carolina is a good defensive team and they should be able to limit the number of shots Raanta sees. He’s a good bargain in cash games.

It’s only fitting that this series needs a Game 7 to decide who gets to move on to the next round. Both teams have played well in this series, but Tampa Bay still has some room for improvement.

Brayden Point had himself a massive game six and maybe that gets him back on track. He doesn’t shoot the puck a ton, but that makes him a great GPP option. As always, Steven Stamkos and Nikita Kucherov are the main players to consider. If Tampa Bay is going to have any chance at winning this game, both players are going to need to step up and find the back of the net.

Victor Hedman has been nothing short of excellent in this series. With all the affordable players available on this slate, there’s nothing wrong with spending up to get him into your lineup. If you need a value play to pair with him, Ryan McDonagh is the way to go. The veteran defenceman is great at blocking shots and we should expect nothing less from him tonight.

Andrei Vasilevskiy has been a disappointment in this series, but we know that he’s good enough to steal a game for his team. He’s given up at least three goals in every start this series, but tonight, things could be different. He’s a risky cash game option, but there’s nothing wrong with giving him a chance in a GPP.

For Toronto, it’s all about Auston Matthews and William Nylander. Matthews has been as advertised in this series and he’s going to be a big part of Toronto’s offence in this one. Nylander has seven points in the last three games and there’s no sign of him slowing down anytime soon. He can be considered as a single-bullet option in all formats. If you need to save some salary, Michael Bunting is always the way to go. He continues to skate on the top line and remains very affordable. He isn’t shooting the puck much and the points aren’t there, but the upside alone is enough for me to give him a chance.

On the back end, there are a couple of options to consider. Ilya Lyubushkin finished the last game with five blocked shots and is $2500 on DK. He’s certainly a player worth considering tonight. It’s the same story for Jake Muzzin. We know that he’s a great defender and played over 30 minutes in Game 6. He’s not a threat to do much offensively, but the blocked shots alone would be enough for him to hit value.

I don’t know how I feel about Jack Campbell tonight. The veteran netminder has been decent this series, but it’s always a risk to play a goalie against Tampa Bay. His $8000 price tag is also a little high for my liking. If you think the Leafs are winning this game, then get him into your lineup and hope you’re right.

It’s surprising to see this series go to the distance when you take into consideration how poorly Los Angeles has played. They’ve given up a ton of goals and have been unable to slow down Connor McDavid, but they are here and they offer some pretty good value.

It’s been a difficult series for Anze Kopitar, but $5000 on DK is just too low to ignore. He’s had the task of trying to slow down the two best players in the world and that isn’t easy. He’s their best centerman, and with how Mike Smith is capable of playing, he could find the scoresheet in this one.

Adrian Kempe is probably my favorite option tonight. Even with Viktor Arvidsson probable to be in the lineup, Kempe should still see a ton of chances to score goals. He has four points and 12 shots on goal in the last two games and is very reasonably priced at $5200. He can be used as a single-bullet in all formats.

Sean Durzi has played extremely well this season and has made the loss of Drew Doughty bearable. We know that he can shoot the puck and rack up points, but he can also block shots, and he might be doing a lot of that tonight. Matt Roy is another option to consider if you need to save some salary.

Jonathan Quick has been pretty bad in this series, but that’s going to happen when you’re playing against McDavid. The veteran netminder is a risk, but one we can take in a GPP. He’s going to see a ton of rubber in this contest, so the save bonus is very much in play.

For Edmonton, it’s going to be hard to fade McDavid. He’s on another planet right now and there’s no chance he doesn’t do something tonight. The Kings haven’t been able to slow him down in this series, and they aren’t going to start tonight. Another player that is having an excellent series is Evander Kane. He has nine points in the last five games and is shooting the puck a ton. He’s been a great addition to this team, and despite all his success, DK still has him priced under $7K. If you’re going to get one forward into your lineup that isn’t named McDavid, make it him.

Darnell Nurse is done serving his one-game suspension and will return to the lineup hoping to help his team move on to the next round. He’s an all-around great player: someone who can get pucks on goal but can also block shots. His floor in this game is extremely high, so you can consider him in all formats.

I hate having to say this, but Mike Smith is an option tonight. He’s been good in this series and deserves to be considered in all formats. The Kings shoot the puck a ton and he’s been up to the task. There’s always a chance that he put up a stinker, but it’s unlikely to happen tonight. He’s made 35 or more saves in three of the last four games, so even if he doesn’t win the game, there’s a chance that he can still hit value.