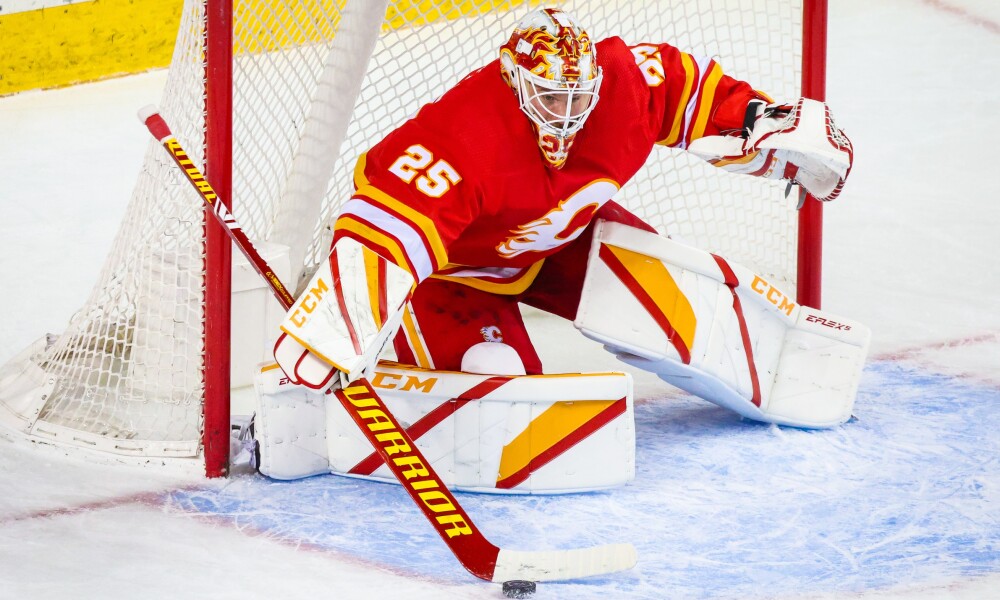 The NHL playoffs continue tonight with two games on the NHL DFS slate for DraftKings, FanDuel and Yahoo! When looking over today's NHL DFS projections we are going to be building our core lineup around players like Sidney Crosby/Jake Guentzel from the Pittsburgh Penguins and Chris Kreider/Frank Vatrano from the New York Rangers. The Dallas Stars and Calgary Flames don't have as many offensive options, but both Jacob Markstrom and Jake Oettinger are good NHL DFS goalies to trust. Don't forget to check out the NHL DFS lineup generator when building your winning lineups.

As with most matchups this round, we are going to need a game seven to decide who moves on. Pittsburgh has done everything possible to get to this point and they deserve a lot of credit. The Rangers are the better team on paper, but they’ve been average at times. There’s no tomorrow for either team, so let’s see what each squad has to offer.

Sidney Crosby is a game-time decision for this game, but the expectation is that he will play. If he does get into the lineup, there’s no denying that he’s a cash-game option. He’s been great in this series and that shouldn’t change tonight. If he can’t play, Jeff Carter is the player to target. The veteran centerman has played well when Crosby has gone down, and he was exceptionally good last game, scoring a goal and adding six shots on goal. Pairing either centerman with Jake Guentzel would be the way to go.

On the back end, Kris Letang had himself an off game last time out, but he’s still the best defencemen on the team. He’s always a good option to consider. If you don’t want to pay up for him, John Marino is $2900 on DraftKings and finished the last game with four blocked shots. The Rangers don’t shoot the puck a ton, but they might have to if they want to score some goals. Pittsburgh’s defence core should be able to get in front of a lot of shots.

Tristan Jarry is likely to start tonight, and while that does sound like good news on paper, it’s going to be hard to trust him in any format. He hasn’t played hockey in over a month and putting him right into the fire of a Game seven is asking a lot. He’s $7400 on DK, so if you want to take the risk in a GPP, go ahead and hope for the best.

For the Rangers, it’s always about Chris Kreider and Frank Vatrano. Mika Zinbanejad was amazing last game with his four points, but he’s been really quiet all series, and if Crosby does back, I don’t expect him to be as dangerous. Kreider and Vatrano complete the top line and are both reasonably priced. Andrew Copp is another winger worth considering. He has seven goals in his last ten games.

On defence, Adam Fox also had himself a big night in game six, but like Zibanejad, I’m not buying the hype. Jacob Trouba is more affordable and has a similar upside. If you can’t decide between the two, just play both and move on.

Igor Shesterkin hasn’t been very good in this series, but he’s finding ways to keep his team in games and he’s getting a good amount of goal support. He’s given up three or more goals in four straight games and is $8200 on DK. I don’t like his price tag and I’m not sold on him having a big game tonight. He’s only worth considering in a GPP.

It’s only fitting that this series also ends up going the distance. Calgary was expected to walk into Dallas and just score a ton of goals, but the Stars have played some excellent defence and they’ve gotten some great goaltending. This series has been all about goaltending and the lack of goals and it won’t change tonight.

For DFS purposes, I won’t have a ton of exposure to this game. The goal total is set at five and even that seems high. If I’m looking at any players up front, it’s going to be guys who shoot the puck a good amount, and no player on either team has done that consistently in this series. If I had to pick one player from each team, Joe Pavelski and Johnny Gaudreau are the two I would consider.

When it comes to defencemen, there are a fair amount of players to choose from. For Calgary, Noah Hanifin is a lock because of his ability to shoot the puck and block shots. Chris Tanev is another good option, but he’s questionable for tonight’s game, so it’s risky having him in your lineup after lock. For Dallas, Miro Heiskanen is the only player worth considering. He’s crazy affordable and has a chance at hitting both bonuses and racking up some points. Any combination of the three players mentioned above works for me.

The reason I’m not stacking either offence in this game is that I love both goalies in cash games. Jacob Markstrom and Jake Oettinger have been excellent in this series and I expect nothing less tonight. Oettinger is heavily discounted at $7400, and while the Stars are underdogs in this game, we could see a game that finished 2-1 and sees both goalies hitting value. Oettinger can hit value without having to register the win. Markstrom has a much harder path to that, but you know what you’re going to get out of him on home ice. Markstrom has a small edge in my books if I had to pick just one, but again, both are worth their price tags.