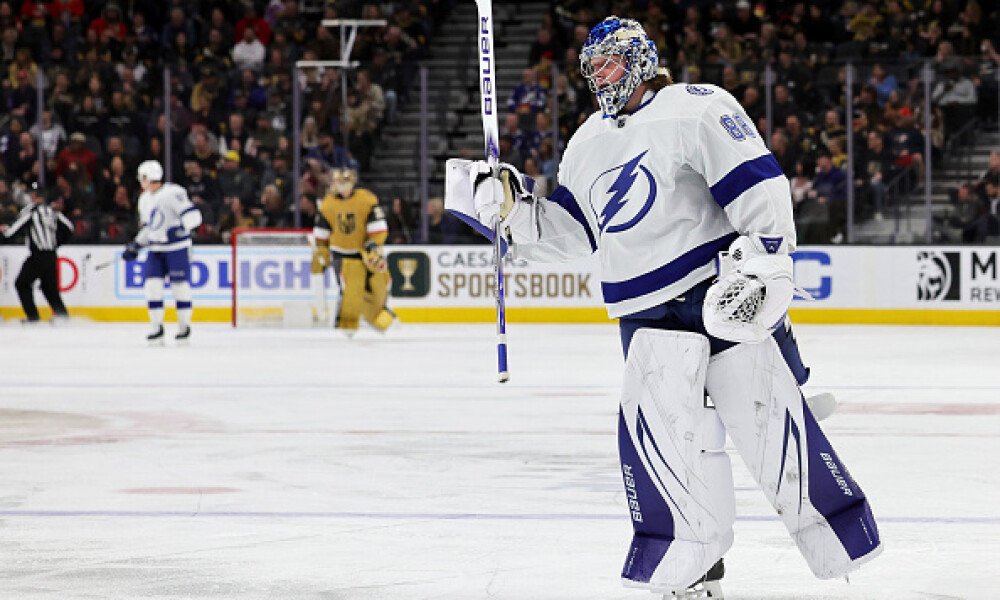 Tonight's NHL DFS showdown lineups will center around Game 4 of the 2022 Stanley Cup Finals between the Colorado Avalanche and the Tampa Bay Lightning. It's a pivotal matchup with tons of ways to go in your daily fantasy hockey lineups. Tampa Bay was able to put together their best game of the series and come away with a 6-2 victory in Game 3. Colorado, meanwhile, will want to win tonight so they can return home with a chance to hoist the Stanley Cup. You can build NHL DFS lineups on FanDuel, DraftKings, and Yahoo Fantasy for Wednesday, June 22nd as the NHL playoffs roll on. Before you build those NHL daily fantasy lineups, don’t forget to check out our NHL DFS projections, the NHL Value Finder, and the NHL DFS lineup generator. Plus, check out the NHL Vegas odds as you build those daily fantasy hockey lineups as well. Let's now take a closer look at the NHL DFS top picks for tonight's showdown slate between the Lightning and Avalanche.

The Tampa Bay Lightning were able to secure a victory on home ice in Game 3, but they still have a lot of work to do if they want to get back into this series. Game 4 is critical for both teams. Colorado doesn’t want to go back home tied at two, while Tampa doesn’t want to leave home down 3-1. Both teams have to be sharp tonight and I expect this game to be a close one.

There is no reason why Cale Makar shouldn’t be in your captain spot tonight. The kid is on a whole other level and he is just unstoppable. He finished Game 3 with two assists, five shots on goal, and four blocked shots. Makar is basically producing like a forward for DFS. Even if his ownership is elevated, I don’t want to be the one to not play him and watch him go off.

If you do decide to go another route for your captain, Steven Stamkos is the way to go. Nikita Kucherov is expected to play tonight, but he was in a visible amount of pain at the end of Game 3 and I don’t think he’s going to be 100% for tonight. Stamkos finished with two points and five shots on goal and will be counted on to be the engine that leads the way for the Lightning.

For the rest of our lineup, we’ll need to find some value. Ondrej Palat and Valeri Nichushkin continue to be excellent options at the $7K mark, and both continue to see top-line minutes. There is also some value in Gabriel Landeskog and Kucherov. Landeskog has been really good in this series and he’s finding a way to score goals. Nathan MacKinnon has yet to find the back of the net in this series, so I can’t see why I would pay up for the most expensive skater on the slate when I can get a ton of value with Colorado’s captain. As for Kucherov, we are hoping to get him at low ownership. The injury scare may help us in that aspect, but I wouldn’t go out of my way to work him into my lineup.

On the back end, there are a ton of good options to choose from. Erik Cernak, Ryan McDonagh, and Victor Hedman are all great options at different price points. Colorado is still a team that can generate a ton of shot attempts and Tampa Bay will need to continue to block shots and limit chances. I would have no problem playing all three players in the same lineup.

If you want some value on the Colorado side, Bowen Byram is the player to target. His ice time has been consistent in the playoffs, but the points just haven’t been there. He can fire the puck on goal, but he's not known for blocking shots, so his value is pretty limited. He’s a risky play, but I prefer him over someone like Devon Toews.

If Tampa Bay wants to win tonight’s game, they will need Andrei Vasilevskiy to be elite. He did his work in game three and could easily do it again tonight. He’s a much better goalie on home ice and he has a really great chance at hitting the save bonus. If you’re stacking the Lightning heavy tonight, you can probably go with Vasilevskiy in the captain spot. He’s a risky play, but one that could pay off.