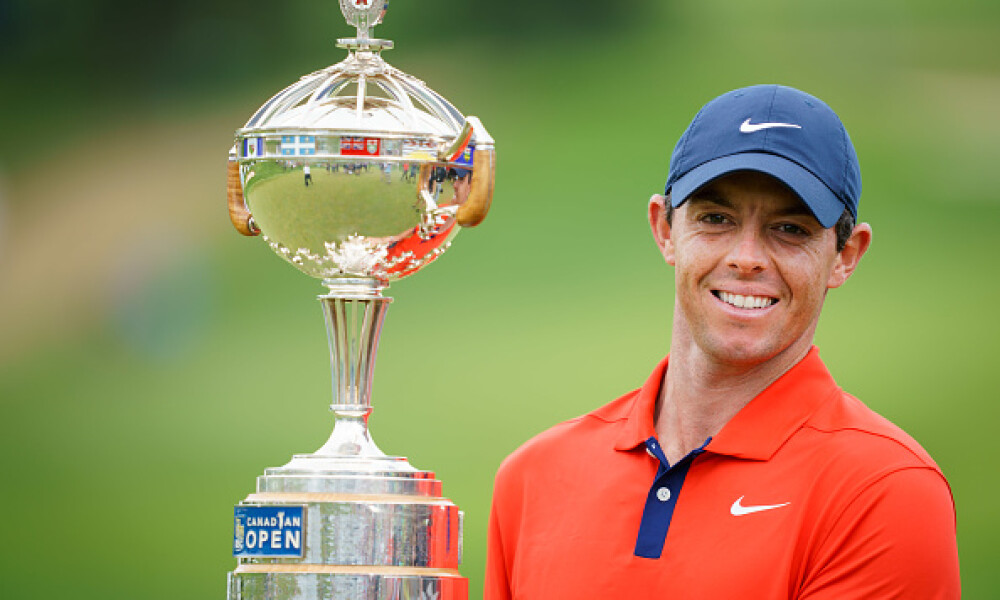 This week's PGA DFS slate heads across the border with the RBC Canadian Open. Before you build DFS golf lineups, be sure to check out the free quick preview of the upcoming PGA Tour event. Then, you can set PGA DFS lineups with this playbook as we look at all the favorites, longshots, and contenders to get into daily fantasy golf contests. Be sure to check out the PGA DFS projections for the RBC Canadian Open and stay up to date on the latest golf news. This playbook will focus on the PGA DFS top plays for daily fantasy golf lineups on DraftKings, FanDuel, and Yahoo Fantasy.

Before we get to the RBC Canadian Open, let's flashback to what was quite a weekend in Ohio at the Memorial. Billy Horschel’s third round 65 propelled him to his seventh PGA Tour victory. We saw late charges from familiar faces like Patrick Cantlay and Jon Rahm, but he held them off on Sunday.  It will take me a while to get over Cameron Young shooting an 84 in the final round to fall into a tie for 60th.  Young was tied for the first-round lead at five-under and slowly dropped until his final round collapse.  It really shows that nothing really matters until the back nine on Sunday these days.  Time for us to regroup and head up north for the RBC Canadian Open.

The RBC returns to the PGA Tour schedule for the first time in three years after their COVID hiatus.  The tournament also returns to a course that hasn’t played host in 12 years.  St. George’s Golf and Country Club is ranked as Ontario’s top course and inside the Top 100 in the world.  It is a really short course by PGA Tour standards reaching only 7,014 yards and plays at Par 70.  This course punishes inaccuracy with rough reaching as high as six inches.  While power is at a premium most every week on the tour, this weekend it should take a backseat to iron precision.  Carl Pettersson won the 2010 edition at 14 under par and ranked 137th in driving distance that season.  These players will face small elevated greens with newly redesigned bunkers alongside them.  You cannot overpower this golf course and the players need to know that.

We’ve got a full field of 150 players this weekend.  The highlighted names are world number one Scottie Scheffler, PGA Champion Justin Thomas, Rory McIlory, Cameron Smith, Shane Lowry and many more.  While that’s really nice, all anyone in the golf world can talk about is what’s happening in London this weekend.  We’ve got the debut of the much anticipated LIV Tour.  Huge names from the PGA Tour are resigning and heading overseas for a massive payday and a lesser work schedule.  Dustin Johnson highlights the field with others like Phil Mickelson, Sergio Garcia, Louis Oosthuizen, Kevin Na, Talor Gooch and more participating.  We have not gotten clarification on whether these players will be able to still participate in major championships while on the LIV Tour, it seems like it’ll be up to the tournament itself to allow them to participate.  There has been no official word on punishment from the PGA Tour besides the fact that they forfeit the right to play in the Ryder Cup.  There is still so much to unpack with this situation.

The players are heading to cooler temperatures this weekend in Canada.  We should see them get down into the high 60s and low 70s throughout the weekend.  There will be a lot of rain leading up to the event starting on Thursday.  The advantage looks to be with the players going out in the late morning before the course dries and speeds up in the afternoon.  The rest of the weekend should be smooth sailing for the field.

Oh, guess what?  The U.S. Open is next week at the Country Club in Brookline.  Tiger Woods announced that he will not be participating.  This is not shocking news seeing how it ended at the PGA Championship.  I’ve speculated all along that he would skip the U.S. Open and prepare for the Open Championship in July because it is being played on his absolute favorite course, St. Andrew’s.

ONE AND DONE PLAY: TONY FINAU