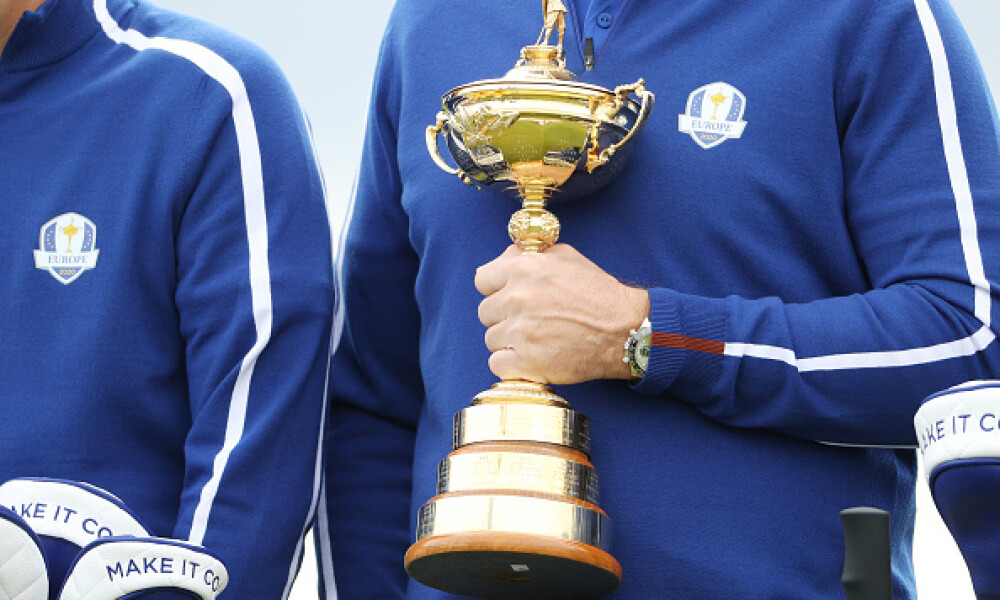 The Ryder Cup started in 1927 and has taken place every two years with the United States claiming victory 26 times and the Europeans 14.  The Europeans are the defending champions after a dominant victory in 2018 at Le Golf National in Paris, France.  Since 1985, the Europeans have owned this competition going 11-5-1 and winning four of the last five.

The United States is captained by Steve Stricker while Padraig Harrington gets the honor for the European team.  Each team has 12 golfers and the team captain chooses who plays in what matches and with whom.  Friday and Saturday work the exact same way, four four-ball matches and four foursomes matches.  Sunday is 12 single matches to decide the winner.

Four-ball is where each member of the two-man team plays his own ball.  The lowest score of the four players wins the hole for their team, if there is a tie, the hole is halved.  The team with the most holes won at the end of the round earns a point for their team.  If they end in a tie, each team is given half of a point.

Foursomes is where each two-man team plays one ball per hole with the teammates alternating shots until the hole is done.  The players will alternate tee shots with one teeing off first on the odd-numbered holes and one teeing off first on the even-numbered holes.  The team with the lowest score on the hole wins, unless it is a tie and then it is halved.  The team with the most holes won at the end of the round earns a point for their team.  If they end in a tie, each team is given half of a point.

The single matches are regular one-on-one match play rounds.  The player who wins the most holes, wins a point for his team.

Over the three days of competition there are 28 total matches and each one is worth one point.  If a match is tied at the end of the 18 holes each team is given half of a point.  To win the Ryder Cup, a team must collect 14 ½ of the 28 points available.  If they end in a 14-14 tie, the defending champion would keep the cup.

This is a fantastic event with so much good spirited competition between the players and the fans.  The fans are what make the Ryder Cup great because they are loud, proud and in your face throughout the weekend.  You’ll hear tons of cheers, boos, and ovations.  It’s another one of those rare events in golf where everyone kinda lets their hair down and has a good time.

The host course for this event is Whistling Straits in Sheboygan, Wisconsin.  It is a beautiful course that sits right alongside Lake Michigan.  It played host to that infamous 2010 PGA Championship where Dustin Johnson was in line to finally win his first major championship before being given a penalty for grounding his club in what he thought was a waste area but ended up to be a bunker.  The course will play as a Par 71 and it stretches out 7,501 yards.  It is as close as you can get to an American links style in that its major defense is the wind.  As always I’ll focus on Strokes Gained: Approach, Off the Tee might be just as important this weekend especially when you look at who has had success on this course.

We’ve got a real battle of youth versus experience this weekend in Wisconsin.  The Europeans have a combined 38 trips to the Ryder Cup between them while the United States has just 12.  The U.S. team features six rookies; Scottie Scheffler, Daniel Berger, Harris English, Xander Schauffele, Patrick Cantlay and phenom Collin Morikawa.  The Europeans bring in just three rookies; Shane Lowry, Bernd Wiesberger, and young gun Viktor Hovland.

The DFS game will be unique to say the least.  They are doing it showdown style with a captain’s spot but it’ll take place over the course of the weekend.  The captain will use 1.5x the standard fantasy point value for each statistic, streak or bonus.  How to score:

Hole Not Played: +1.6 Points (That means if your golfer wins their match before 18 holes, you get points for those holes not played)

Streak of 3 Consecutive Holes Won in the Match (Max 1 Per Round): +5 points

We will find out on Thursday who the captains have paired together and who they will face in the opening session on Friday morning.  When picking your players this weekend, just know there is a chance that your golfer may not play all five possible rounds.  The captain can choose to play a golfer only one round in a day or not at all.  That will be the biggest challenge of the weekend.  Here are my predictions for the pairings:

In this playbook, you will see that I’ve profiled each of the 24 golfers in this Ryder Cup field.  I talk about their game, their Ryder Cup experience and why I paired curtain players together.  You will see Best Bets for the Ryder Cup released prior to each session as well as my Core Plays released on Thursday for this weekend’s slate.