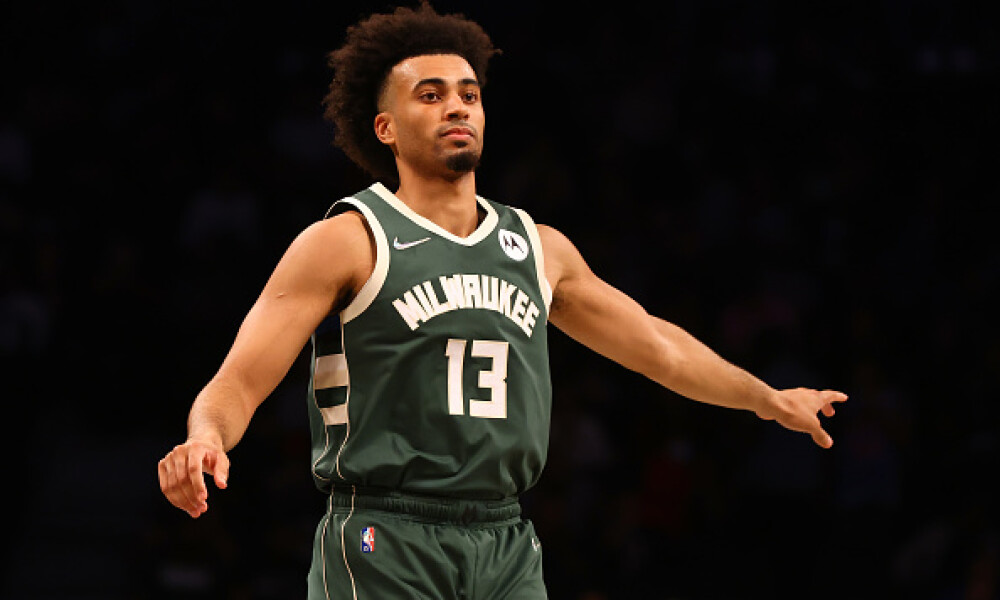 Poole did not receive enough of a salary bump from Tuesday (when he was $4,800) considering the role he will play in this Warriors’ offense until Klay Thompson returns. His 20 points with 31.8% usage in just 25 minutes shows the upside he has on this fast-paced squad, particularly when he is on the court without Steph Curry. The Warriors played at the fastest pace of any team through the season’s first two days.

Another value option at the guard slots on DraftKings is Herro, who is coming off an absolutely dominant preseason schedule. In his four full games,  he never had below a 26% usage rate and averaged 22.4 points per game. He likely comes off the bench, but don’t let that scare you. This could be the kickoff to a Sixth Man of the Year campaign tonight.

It’s Jordan SZN for the Bucks as well, as they also have a strong fantasy contributor that put up stats all across the box score in Milwaukee’s first game against the Nets. Nwora finished with 15 points, six rebounds, an assist, a steal, a block and three three-pointers in just 26 minutes. He looks like a strong option off the bench (at least 29% usage in each preseason game) and the first to sub in for Grayson Allen and Khris Middleton.

If you don’t want to go double-barrel with expensive shooting guards in your FanDuel lineup, Allen may be a great value play. Playing heavy minutes for an injured Jrue Holiday on Tuesday, Allen stuffed the stat sheet with 10 points, four rebounds, six assists and two steal. If Holiday is at all limited tonight or has his minutes monitored, Allen could be in line for 26-28 minutes on the floor.

Last year’s playoff hero will need to bring that offensive success into this season as the Clippers will be without All NBA player Kawhi Leonard for the next six months. With a starting gig secured, Mann is at worst the third scoring option among the starters and he scored in double figures in all four preseason games. The fast pace from the Warriors should guarantee the Clippers a health number of possessions in this contest.

The positional flexibility and low salary make Robinson a strong play tonight, especially in tournaments. Robinson is a player who runs hot and cold, but when he gets hot, it is in a hurry. For example, in three of Robinson’s strong preseason games, he averaged 15 points per game. In the other two? He averaged four points. Which one will we get tonight?

Hunter may not be a high-usage player, but he projects to play more than 30 minutes tonight in a game against two teams that were both in the top-ten in offensive rating last season and will look to run into as many possessions as they can. Hunter was at almost one fantasy point per minute last season (0.89) and should be called upon to the Hawks’ primary stopper on the perimeter.

Porter was a chalky disappointment on Tuesday’s two game slate, but his salary did not budge and he remains a player that can contribute in many ways up and down the box score. Given Yahoo’s scoring system which highly rewards stats like blocks and steals, Porter’s length and defensive prowess set him up as a strong value play.

Jackson’s salary may not be in the basement like many of the other value plays, but he is way too cheap on this slate. On Yahoo, his salary is only 10% of the total cap, while on DraftKings he is at 13.4%. That flexibility should allow for some spend-up options at other positions, and you still get a primary scoring option in an elite game environment. Jackson averaged a 27% usage rate in the preseason and looks like the Robin to Paul George’s Batman in this offense.