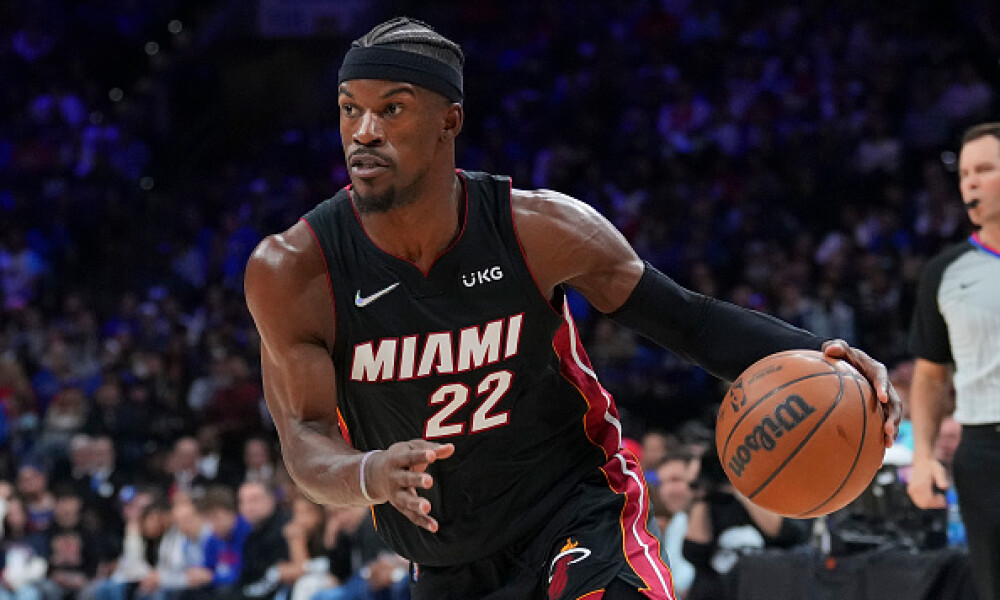 All of a sudden we have two exciting series knotted at 2-2 for tonight's NBA DFS contests as the 2022 NBA Playoffs roll on. After the first two games of these series, it looked like the home team might dominate each lower-seeded opponent, but Joel Embiid came back for the Philadelphia 76ers to challenge the Miami Heat. Plus, Luka Doncic is playing like vintage Michael Jordan mixed with Magic Johnson as he leads the Dallas Mavericks against the Phoenix Suns. As we fill out our NBA daily fantasy lineups tonight, there actually is a decent amount of value – particularly with Kyle Lowry ruled out. Where should we go with our fantasy basketball lineups on Tuesday, May 10th? Here are the Core Plays for tonight's NBA DFS slate.

Joel Embiid played second fiddle to James Harden on Sunday, but Embiid likely won’t take just 13 shots again tonight on the road. There were concerns that Embiid would be somewhat limited considering the thumb and eye injury, but he was at 38 minutes in Game 4. After two largely mediocre games, the $10,000 salary on DraftKings (DK) and FanDuel (FD) is worth it considering he can go for 60 fantasy points on any given night.

That was some kind of vintage, one-man-team James Harden on Sunday. He took over the fourth quarter en route to 55 fantasy points including 31 points, nine assists, and seven rebounds. It was his most points since April 16 in Game 1 against Toronto, so we should temper expectations, but the bump up to $8,900 on DK was likely not enough for how involved he will be tonight.

Tyrese Maxey has been steady as a rock in these playoffs, scoring at least 20 fantasy points in every game and spiking above 35 points three times as well. With no Kyle Lowry tonight, the one-on-one defensive matchup will be slightly better for Maxey. He averages over 40 minutes per game in the last three which might be his best fantasy asset for the mid-range salaries.

Not that we need more than what he has given us, but Jimmy Butler does get a nice three-fantasy point-per-game boost when Kyle Lowry does not play this season. But Butler has been otherworldly no matter who plays or who he plays against. He has more than 50 fantasy points in six of his last seven games. There is also a huge salary discrepancy tonight on Butler. He is only $9,500 on DK and should be very popular. On FD, he is now $10,800 and might wind up being contrarian considering the high salary.

Keeping with the low DK-salary trend, Bam Adebayo only gets up to $7,200 tonight after a nice bounce-back game following a disappointing Game 3. I would expect a few more rebounding and assist opportunities tonight with Lowry out, so he certainly has a 40+ fantasy point ceiling tonight. He is $1,000 more over on FD but does have power forward eligibility. That can certainly help on a weak night for that position.

Victor Oladipo played a surprising 32 minutes on Sunday and he was rewarded with 34.6 fantasy points as Kyle Lowry struggled with injury. He won’t be any big secret tonight, but the good news is he is way too cheap on FD and Yahoo. DraftKings priced him up around $5,300, but that still may be too low considering the context. No player on the Heat sees a larger bump in fantasy points per game when Lowry is out than Oladipo.

You know you are dealing with a special talent when a 47-point fantasy outing looks like a blip on the radar compared to 13 straight games with 50 or more. Luka Doncic is on another level in this series as the Mavericks are riding him in their two wins. All of a sudden this is a competitive series and the Suns, despite their defensive efforts with Mikal Bridges, have no answer for Doncic.

Jalen Brunson has been quite the roller coaster ride throughout the playoffs this year, yo-yo-ing between 18 and 64 fantasy points in these 10 games. When Doncic has played, he takes up so much of the usage that everyone else seems to be fighting for the scraps. Brunson’s salary has dropped now to the mid-$6,000s so the risk is somewhat minimized, but be prepared to not get 5x value from that position should you go that direction. Devin Booker and James Harden will be much more popular tonight, so if you get a big game, it’s likely to be at a lower roster percentage.

If there is one player on the Mavericks who has seen an increased role as the playoffs have rolled along, it is Maxi Kleber. His minutes have now reached the mid-30s, the fantasy points are frequently above 20 and he is near min-salary on Yahoo and still very low on both DK ($5,100) and FD ($4,500). The power forward designation on both DK and FD truly helps when you want to jam in Embiid to your lineups as well.

Devin Booker had an excellent bounce-back in Game 4 after a miserable Game 3. He tallied his highest fantasy point total of the playoffs as well as his most minutes. This is an absolute must-win for Phoenix at home tonight, so I am considering just locking in Booker, especially on DK ($8,600) where he is $1,000 cheaper than on FD ($9,600). We also are free and clear of any injury concerns with Booker as he played 43.5 minutes in Game 4.

Buy the dip! At the beginning of this series, Chris Paul’s salary on DK was $9,100. Now it’s down to $8,000 tonight after back-to-back games under 30 fantasy points. This game tonight is custom-made for Paul’s toughness, competitiveness, and never-lose demeanor that allows him to dominate in big games. He is simply too cheap on DK and Yahoo tonight.

Mr. 40 Minutes finally had a game where he wasn’t on the court for more than 38 minutes of game time. Mikal Bridges also broke his string of nine straight games with at least 25 fantasy points. He is still serving as one of the primary defenders of Luka Doncic in this series which gives him plenty of opportunities for steals and rebounds. I expect that defensive presence to be a major key to a Suns win tonight, and Bridges will be right in the middle of it. For a salary below $6,000 on both sites, I like the gamble at a position with a ton of question marks behind Jimmy Butler.