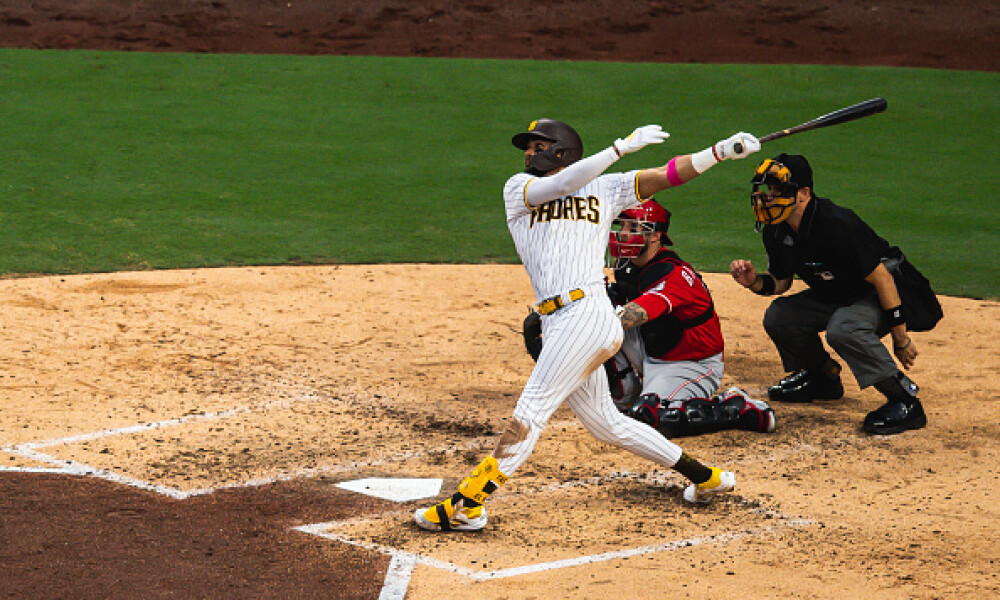 Fernando Tatis, SS, SD – I feel like in any slate of DFS baseball this season that you have to try to include either Fernando Tatis, Vladimir Guerrero, or Ronald Acuna and you will do well most days. Vlad is on an earlier slate and Tatis has the easier pitching matchup of the two guys. He has homered in five of the last seven games and has multiple hits in two of the last three. He has also driven in 11 runs in the last week and scored eight times. All of his metrics are off the charts and 18 of his 22 home runs this season have come against right-handed pitchers. Vladimir Gutierrez has had a nice start to the season but I think he will struggle to deal with Tatis today.

Jose Altuve, 2B, HOU – He was hitless last night, but before that Altuve had three straight multi-hit games including four home runs and eight RBI in three games. In fact, he has had eight home runs since June 6th. That is what is known as a hot streak. Tonight, he will face righty Lance Lynn. In his career, Altuve has 11 hits in 31 career at-bats against Lynn including two doubles and two home runs. He has hit for a higher average against left-handed pitching, but Altuve’s power stroke has come against righties. He also has hit .325 at home with a 1.017 OPS as opposed to .273 and .766 away from Houston. Lynn is having a fine season, but I love Altuve to do some damage against him on Saturday.

Will Smith, C, LAD – I think that Matt Peacock is the pitcher you should target tonight. He has allowed three earned runs in his last three starts which combined lasted only 11.1 innings. He has surrendered seven home runs in just 39.1 innings on the season, and his WHIP of 1.47 means he is ultra-hittable. Smith has continued to be one of the better offensive options at catcher with his seven home runs. Five of those seven home runs have come against righties, which is what Peacock is. He is also hitting .296 against righties as opposed to .206 against left-handed pitching. His .358 wOBA is very respectable for a catcher and I like the price tag and matchup tonight.

C.J. Cron, 1B, COL – He’s on a hot streak again as he has a hit in five straight and has back-to-back multi-hit games in the last two. Cron has three homers in his last five and has driven in eight runs. In no surprise, he has been great at Coors, hitting 52 points higher on the batting average and a .940 OPS. Seven of his eight long balls have also come at home. Adrian Houser hasn’t been giving up a lot of runs, but he does tend to give up some long balls. He also has a WHIP of nearly 1.40 which means he is putting guys on but getting out of trouble. Pitching in Coors Field makes that practice very dangerous. Look for Cron to continue his hot streak.

Gavin Lux, SS, LAD – Let’s go back at Peacock again! Lux has three multi-hit games in his last six, including two doubles and a homer. We already went over why we are after Peacock today, so I won’t beat that drum again. While it hasn’t been a stellar season for Lux, he is hitting .282 against righties as opposed to .148 against left-handed pitching and all six of his home runs have come against right-handed pitching. Chase Field is not exactly a hitter’s paradise, but Lux has homered there twice in three starts. If you aren’t going to pay up for Tatis and need some salary relief for studs elsewhere, give Lux a long look.

Dylan Carlson, OF, STL - This is another instance of targeting the pitcher as Drew Smyly has not been great this season with a 5.63 ERA. There are a few Cardinals who hit lefties well including Nolan Arenado who I could also see using today. However, Carlson is the player that gives you that budget price and could give you strong production. Carlson draws more power against right-handed pitching, but he is hitting .352 against lefties as opposed to just .238 against right-handed pitching and even though five of his six homers have come against righties, his OPS versus lefties is still 183 points higher a .894. This looks like a slate that you will have to pay up for that second pitcher on DK today and a guy like Carlson can help you round out your roster.